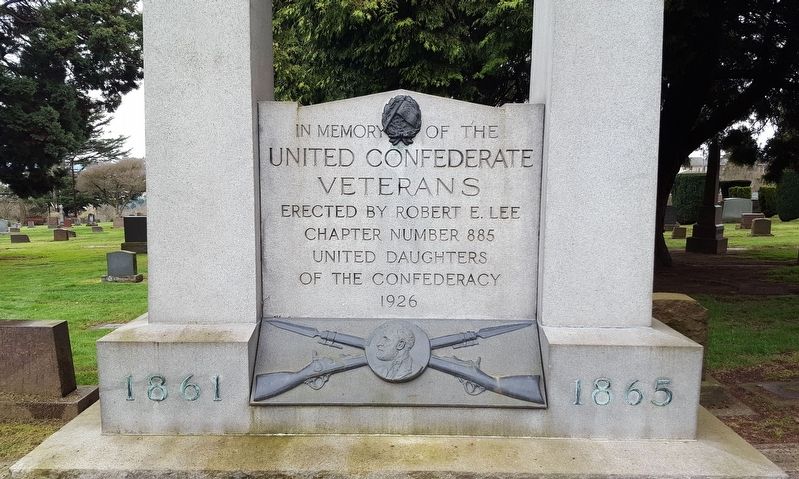 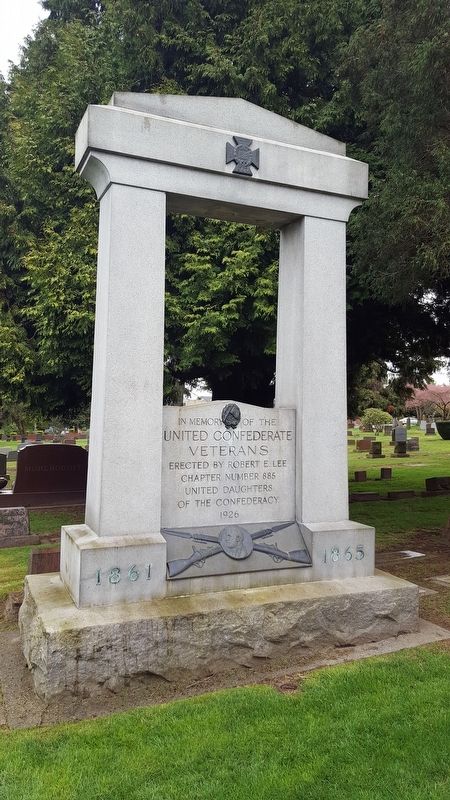 Click or scan to see
this page online
(approx. 1.2 miles away); Broadway High School (approx. 1.3 miles away). Touch for a list and map of all markers in Seattle.

More about this memorial. Located in Lake View Cemetery, this is the only Confederate war memorial in the Pacific Northwest and accessible during daylight hours. There are 11 Confederate war veterans interred here. This monument also contains a time capsule underneath its base.

There is another Civil War memorial located just yards to the north and part of a Union Civil War veterans cemetery created by chapter members of the Grand Army of the Republic in the late 1890s.

The Daughters imported the 10-ton slab of Georgia granite to create this doorway-like structure from Stone Mountain, Georgia (where the largest bas-relief in the world is carved—a memorial depicting President Jefferson Davis and Generals Robert E. Lee and "Stonewall" Jackson). The memorial is comprised of two stone columns and topped by a pediment. Bronze details adorn the monument including a Southern cross, stars and bars, and a plaque of Robert E. Lee’s face (they were removed by protesters in 2005 but later restored).

One year later, this war memorial still stands in Lake View Cemetery, mainly because it's on private property owned by the Lake View Cemetery Association. The public outcries for its removal have subsided (for now) but there is always the potential for certain individuals to bring this monument of controversial history back into the spotlight if/when the next racial uprising takes place somewhere in our country.

The monument was toppled and vandalized on July 4, 2020.

Also see . . .  Why is a Confederate memorial in Seattle? A Q and A about its creation 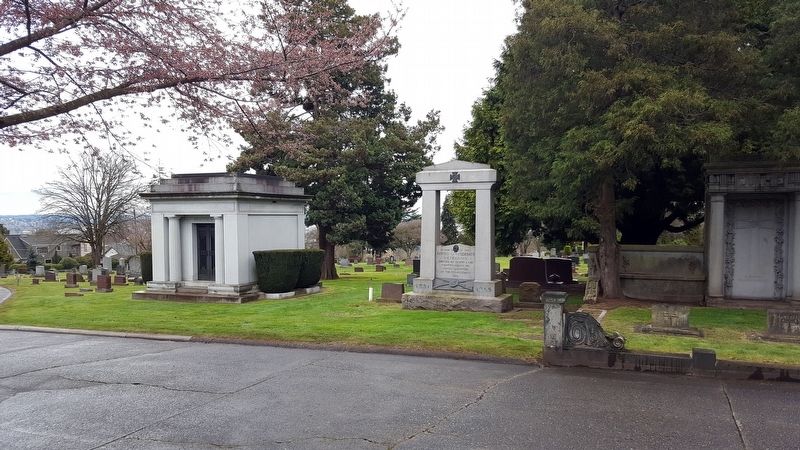