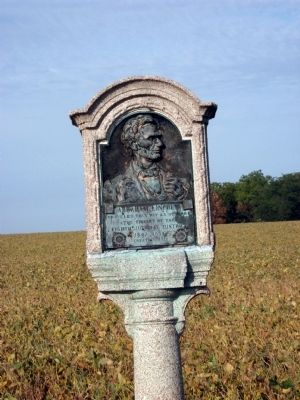 Other nearby markers. At least 8 other markers are within 11 miles of this location, measured as the crow flies. Bloomington Airport Former Site (approx. 8.4 miles away); Illinois State Normal (approx. 10.1 miles 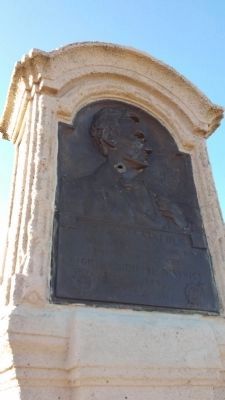 Also see . . .
1. The Real Lincoln Highway: The Forgotten Lincoln Circuit Markers by Guy C. Fraker. Is the “leading authority" on Abraham Lincoln's trail as he and his fellow lawyers worked on the Illinois Eighth Judicial District of 1847 - 1859. See Map and History of the special Marker Series written by Guy Fraker. Over more than four hundred miles of Illinois were traveled by Lincoln and his fellow Lawyers per journey around the Circuit by horse and buggy. For students and 'they that seek' a better understanding of life in the 1860's - - this is indeed a Historical trip through the heart-land of America on the roads of Illinois. (Submitted on October 6, 2008, by Al Wolf of Veedersburg, Indiana.)

If you’ve ever wanted to retrace Abraham Lincoln’s footsteps as a lawyer, Guy Fraker’s A Guide to Lincoln’s Eighth Judicial Circuit is exactly the book you need and a great starting point for your journey, even if you only take it vicariously. 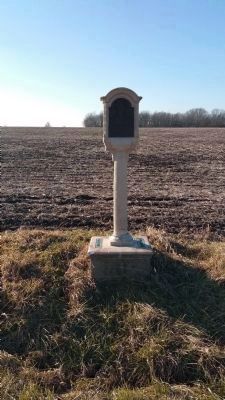 Photographed By Corey Meyer, December 2014
3. Abraham Lincoln - Eighth Judicial District Marker
This photo shows the repaired and replaced marker in Dec. 2014
for Lincoln Heritage Coalition, A Guide to Lincoln’s Eighth Judicial Circuit is the best way to tour the circuit short of having Guy Fraker, a retired lawyer, lead you in person. Printed on high quality glossy paper with dozens of color and black and white photographs and pictures, Fraker divides the tour into four segments, each of which has a basic map (not really adequate to use as a guide but much better than nothing), excellent turn-by-turn instructions, the locations of County Line Markers and Courthouse Markers, Wayside Exhibits, Lincoln points of interest, background information on people, places, and legal cases, unique Lincoln stories, as well as the inns and hotels where the legal entourage frequently stayed while on the circuit.

Only two Courthouses in which Lincoln practiced law exist today, one in Metamora and the other in Mt. Pulaski, and both are gems. James Cornelius, curator of the Lincoln Collection at the Abraham Lincoln Presidential Library and Museum, suggests that three or four days be set aside to properly take in all the sites, and I agree with him.

My son Alex and I scheduled a week, one day for each segment of Fraker’s tour plus three days in Springfield, and that was more than adequate. I also purchased a DeLorme map of Illinois with detailed county maps and that made life on the circuit much easier. (Submitted on October 21, 2018, by Dr. Tom Peet of Gahanna, Ohio.) 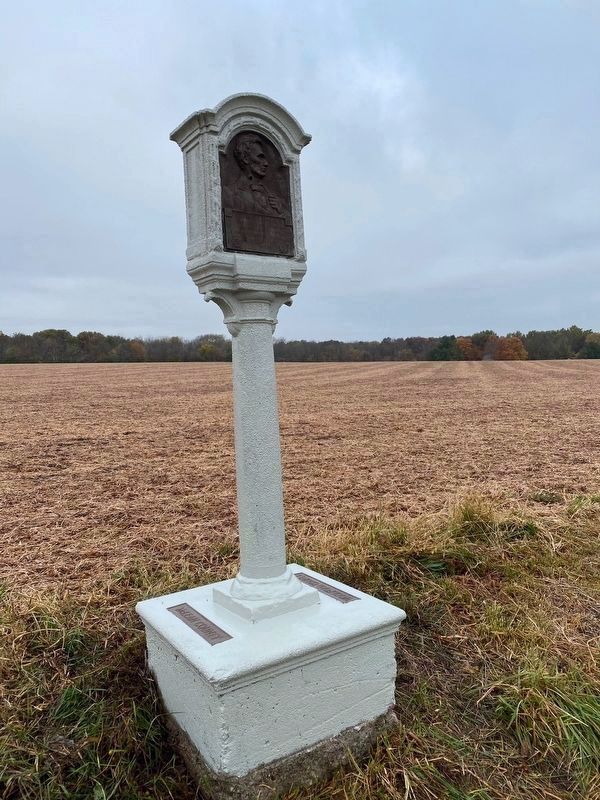 Photographed By Mike Major, October 21, 2020
4. Abraham Lincoln - Eighth Judicial District Marker
The Woodford/McLean County-Line Marker as restored in 2020 by Mike Major with the support and funding of the Illinois DAR. -- Dr. Tom Peet

Additional commentary.
1. Lincoln 8th Judicial Marker: Carlock, Il.
At one time this marker had gone missing. As of the end of 2014 the marker has been replaced. It appears to have had an new concrete structure created similar to the originals but less ornate.

The marker has been replaced on its original base and placed on the McLean-Woodford County line.

However, on close inspection of the bronze plaque, it appears to bear the scar of a bullet wound. At some point the marker has been used for target practice. There does seem to be some concrete patching on the back of the marker as well. Note To Editor only visible by Contributor and editor
— Submitted January 6, 2015, by Corey Meyer of El Paso, Illinois. 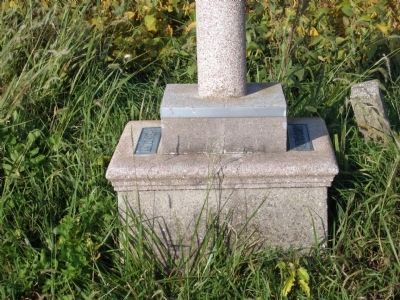 Photographed By Al Wolf, October 5, 2008
5. County Name Plates on Base of the Marker. 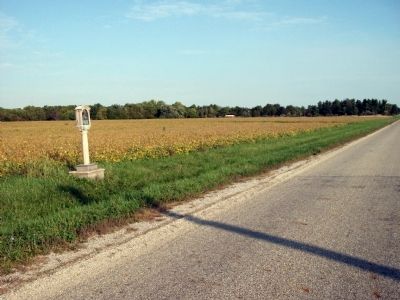 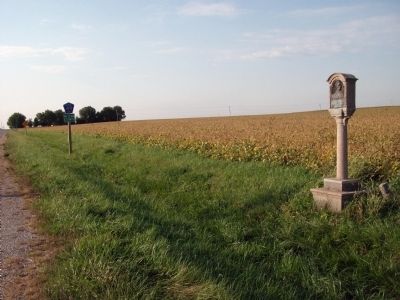 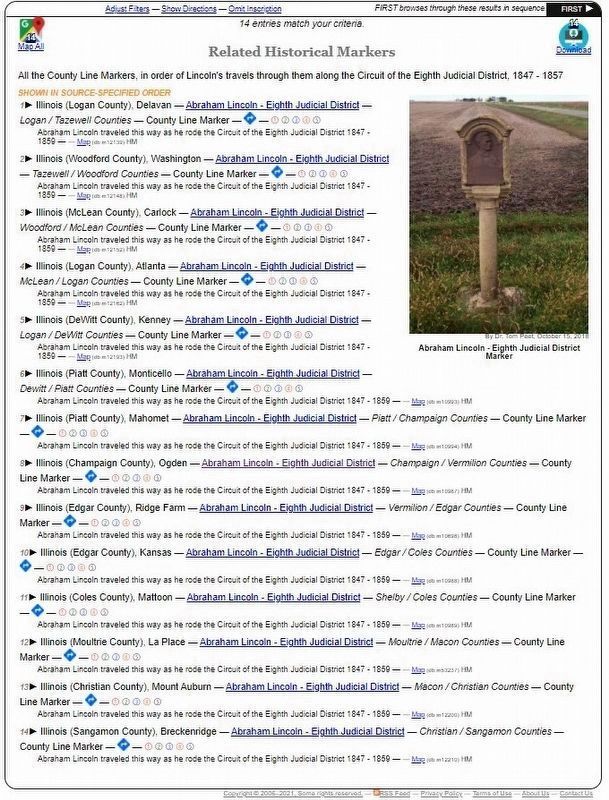 Photographed By Larry Gertner, May 5, 2021
8. All the County Line Markers
HMDB marker entries, in order of Lincoln's travels through them along the Circuit of the Eighth Judicial District, 1847 - 1857
(Kevin W. of Stafford Virginia)
Click for more information. 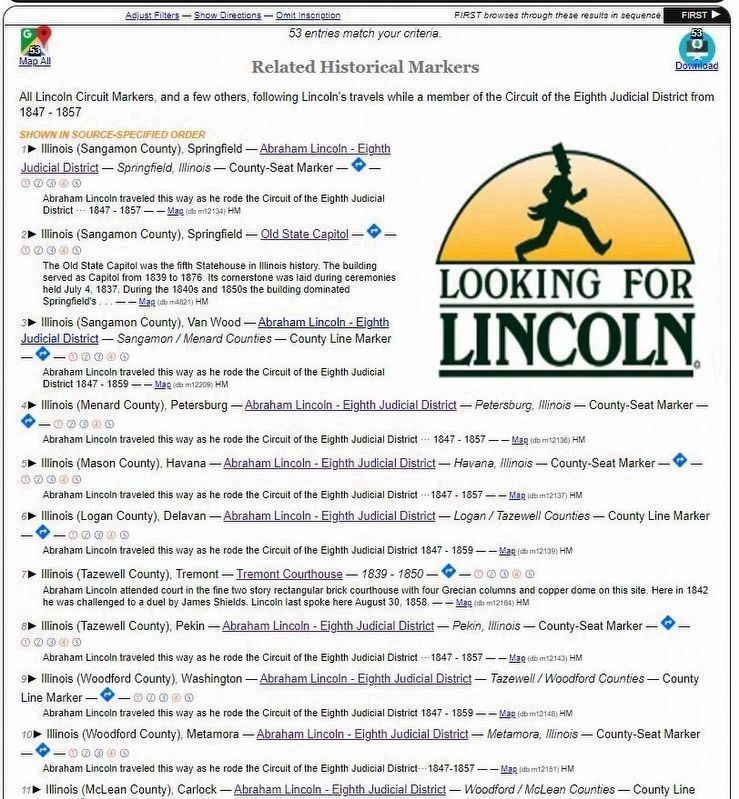