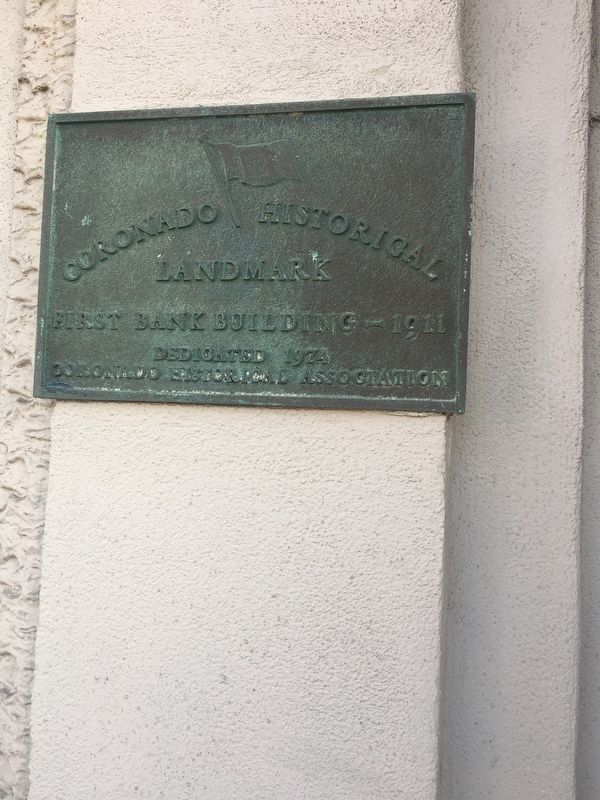 Topics. This historical marker is listed in these topic lists: Industry & Commerce • Notable Buildings. A significant historical year for this entry is 1911. 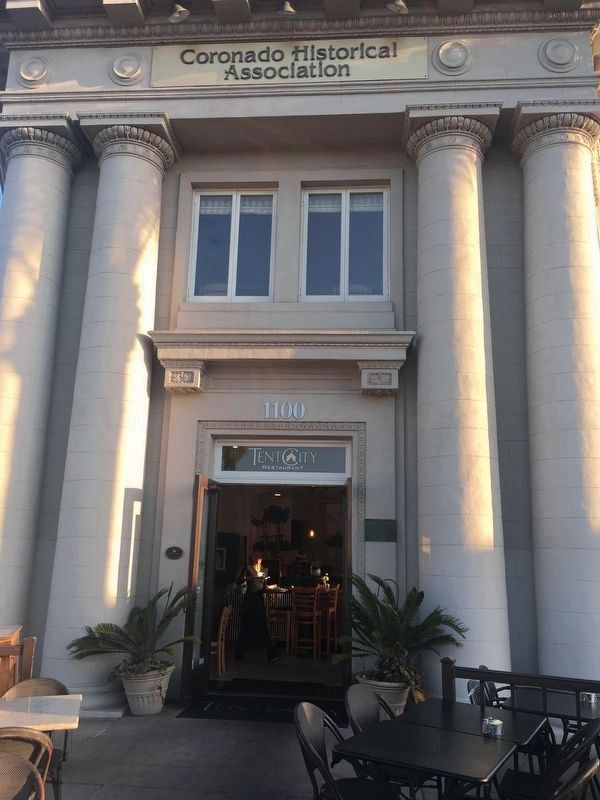 Photographed By Jamie Gallant Jamison, May 3, 2018
2. First Bank Building - 1911 Marker
Marker is mounted to the right of the entrance door.

Click or scan to see
this page online
(about 600 feet away); The Livingston House (approx. 0.2 miles away). Touch for a list and map of all markers in Coronado.

More about this marker. Marker is on the outside wall of the building to the right of the front door of The Tent City Restaurant.

Also see . . .  An informative 1999 article about the first bank building. From the local Coronado newspaper, The Eagle and Journal. (Submitted on August 4, 2020.) 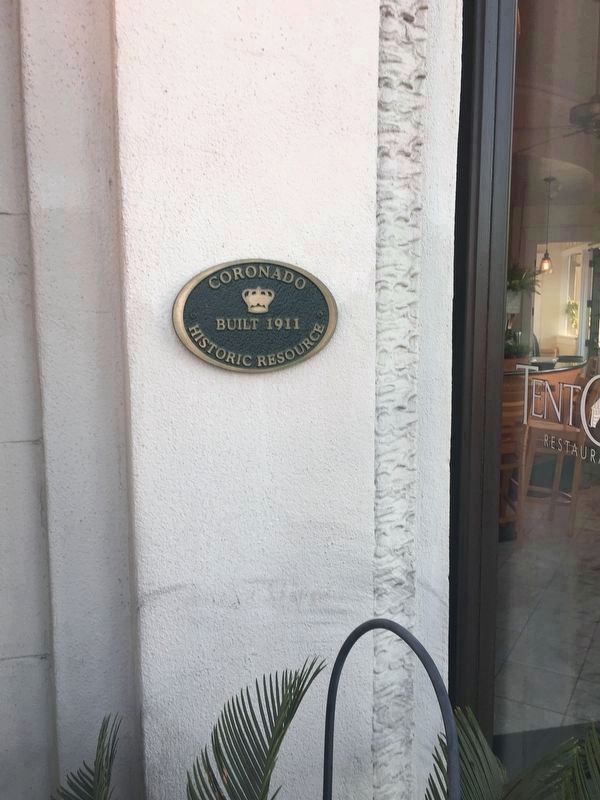