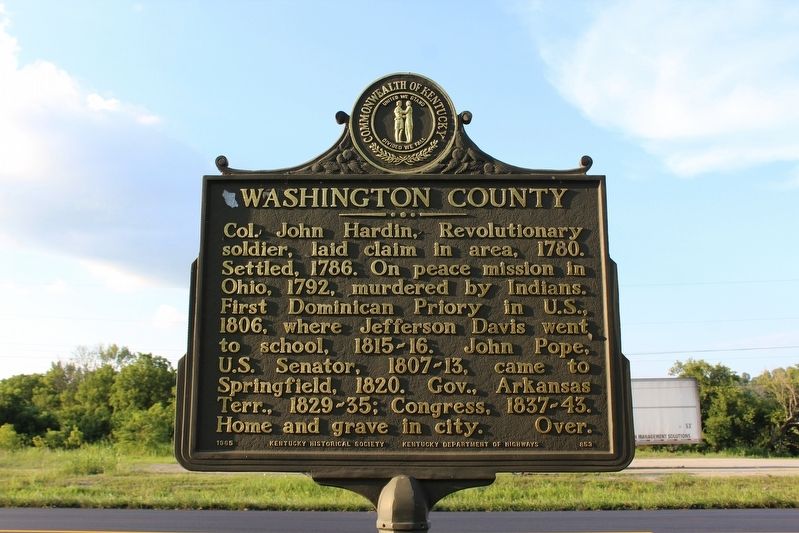 The first county formed by first Assembly of Kentucky, 1792. Named for Geo. Washington. Springfield, county seat, laid off, 1793, by Matthew Walton; veteran of War of Revolution, legislator. Courthouse built in 1816, oldest used as such in state (1965). First settlers in area, 1776. Pres. Lincoln's grandfather came this part Ky., 1782; parents married in county, 1806. Over.

Topics and series. This historical marker is listed in these topic lists: Notable Places • Political Subdivisions. In addition, it is included in the Kentucky Historical Society series list. A significant historical year for this entry is 1792. 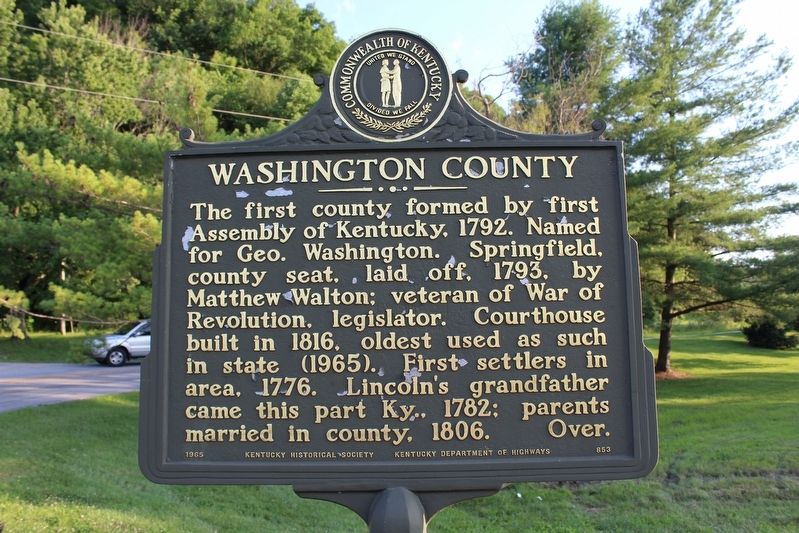 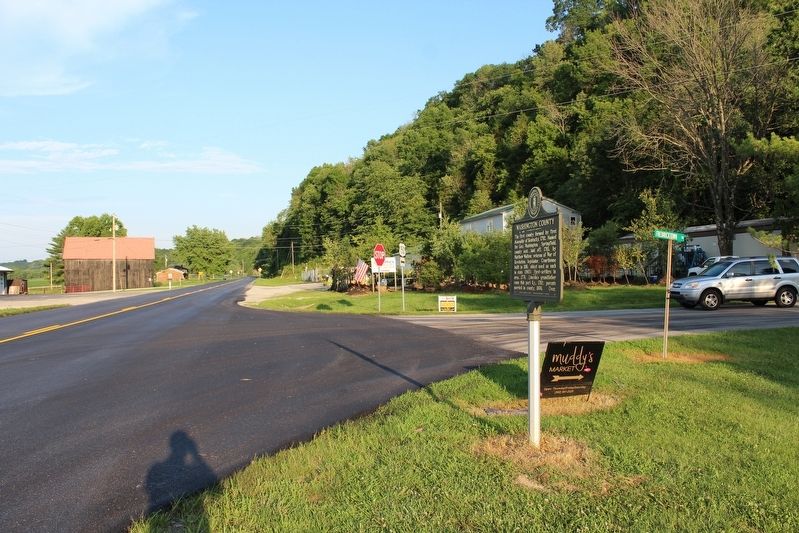