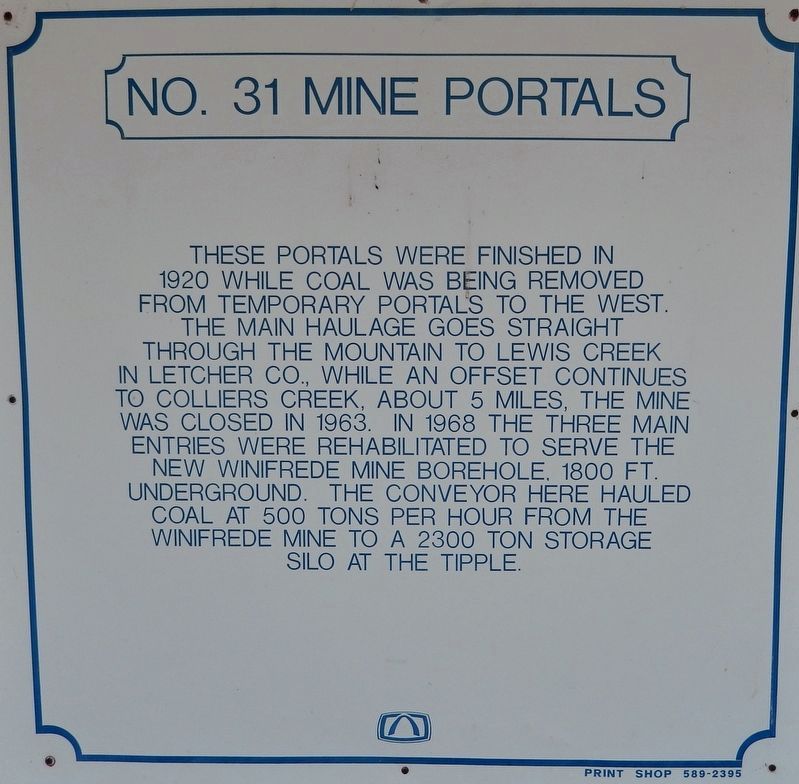 (panel 1)
These portals were finished in 1920 while coal was being removed from temporary portals to the west. The main haulage goes straight through the mountain to Lewis Creek in Letcher Co., while an offset continues to Colliers Creek, about 5 miles, the mine was closed in 1963. In 1968 the three main entries were rehabilitated to serve the new Winifrede Mine borehole, 1800 ft. underground. The conveyor here hauled coal at 500 tons per hour from the Winifrede Mine to a 2300 ton storage silo at the tipple. 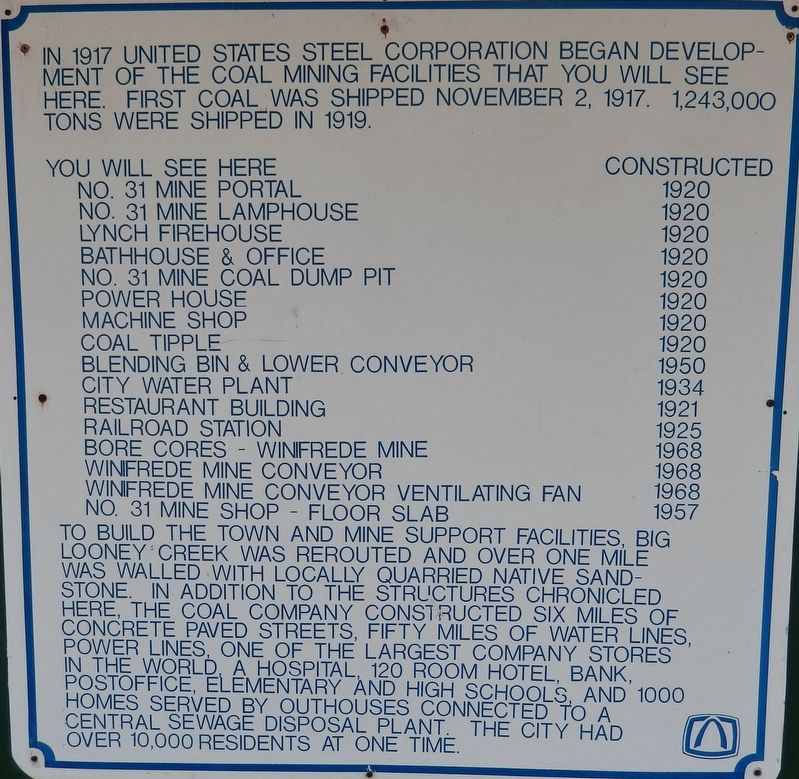 To build the town and mine support facilities, Big Looney Creek was rerouted and over one mile was walled with locally quarried native sandstone. In addition to the structures chronicled here, the coal company constructed six miles of concrete paved streets, fifty miles of water lines, power lines, one of the largest company stores in the world, a hospital, 120 room hotel, bank, post office, elementary and high schools, and 1000 homes served by outhouses connected to a central sewage disposal plant. The city had over 10,000 residents at one time.

Topics. This historical marker is listed in this topic list: Industry & Commerce. A significant historical year for this entry is 1917. 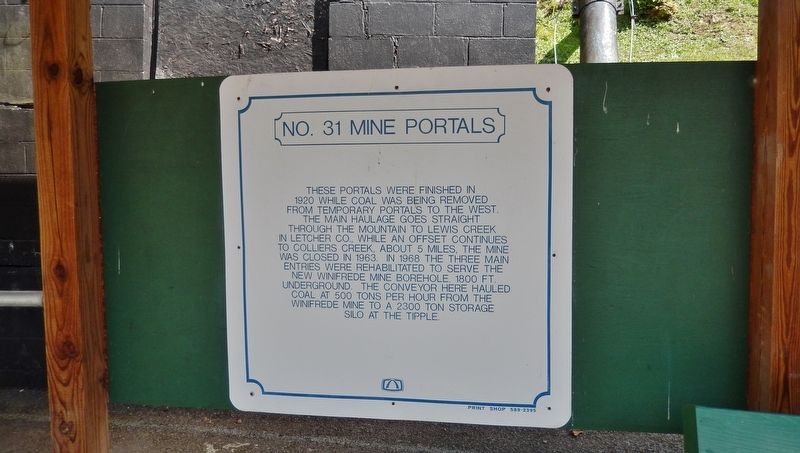 More about this marker. This is a large, painted metal, "billboard-style" marker.

Related markers. Click here for a list of markers that are related to this marker. Portal 31 Exhibition Mine, Lynch, Kentucky 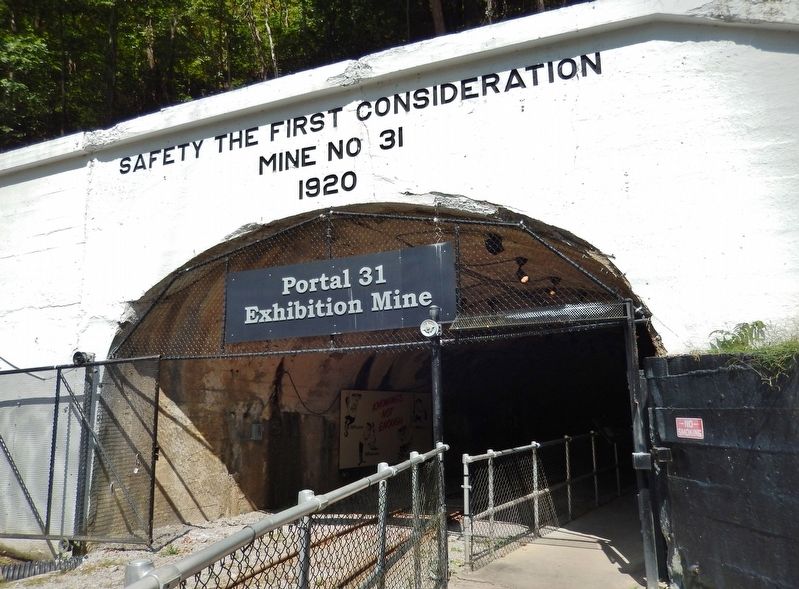 By Cosmos Mariner, September 20, 2017
4. Portal 31 Exhibition Mine entrance (near marker; the mine tour begins here) 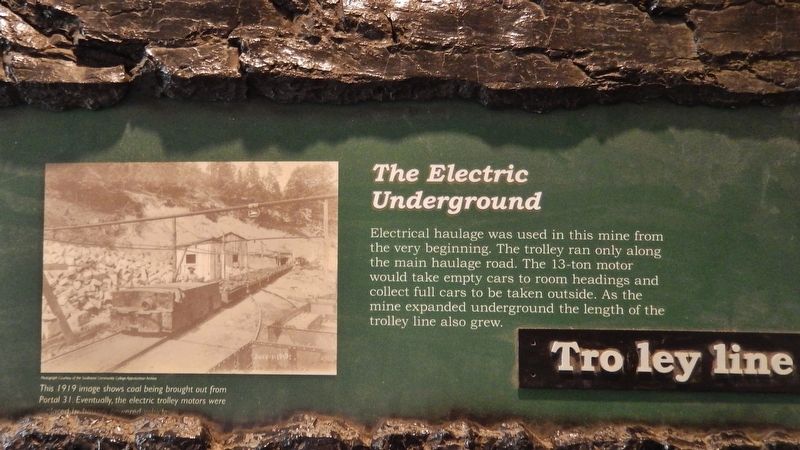 By Cosmos Mariner, September 20, 2017
5. The Electric Underground (interpretive panel located inside mine tunnel)
This 1919 image shows coal being brought out from Portal 31. Electrical haulage was used in this mine from the very beginning. The trolley ran only along the main haulage road. The 13-ton motor would take empty cars to room headings and collect full cars to be taken outside. As the mine expanded underground the length of the trolley line also grew. Eventually, the electric trolley motors were replaced by battery powered vehicles. 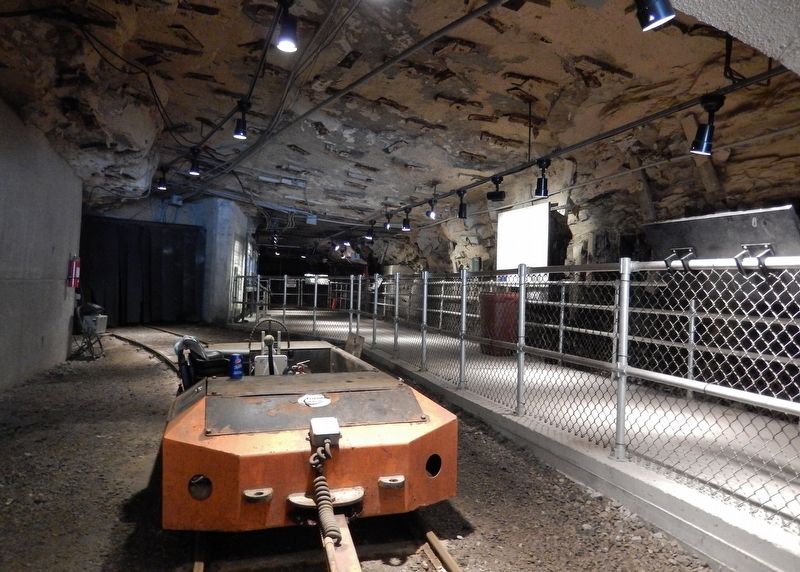 By Cosmos Mariner, September 20, 2017
6. Electric trolly locomotive inside mine tunnel 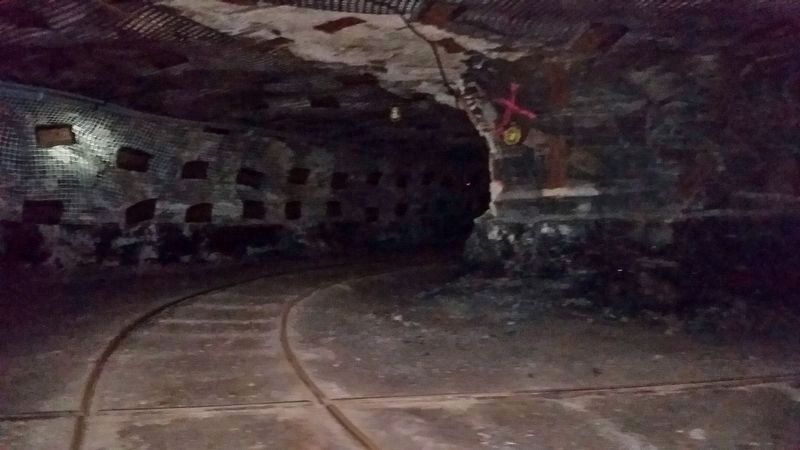 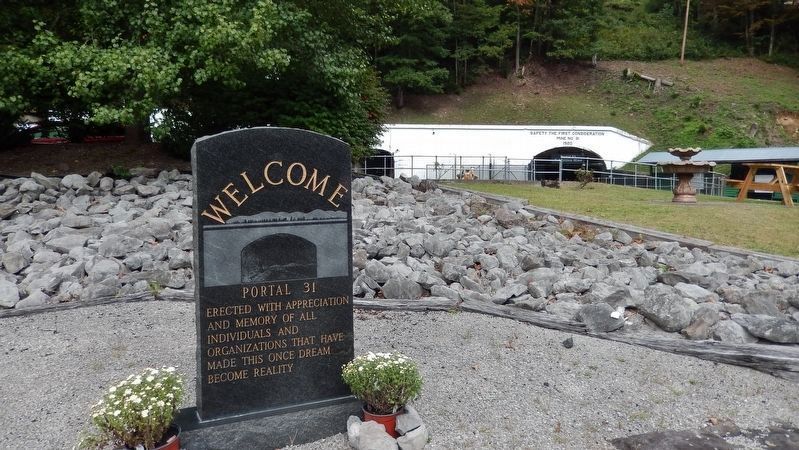