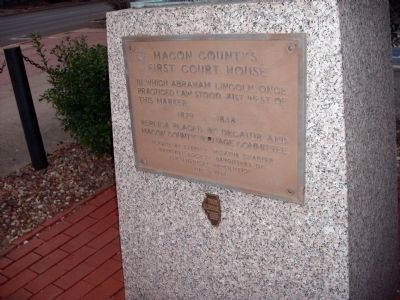 In which Abraham Lincoln once practiced Law stood West of this Marker.
1829 - 1838
Replica placed by Decatur and Macon County Heritage Committee.

Topics and series. This historical marker is listed in this topic list: Government & Politics. In addition, it is included in the Daughters of the American Revolution, and the Former U.S. Presidents: #16 Abraham Lincoln series lists.

Other nearby markers. At least 8 other markers are within walking distance of this marker. Let Us All Be United (here, next to this marker); Abraham Lincoln's First Political Speech (within shouting distance 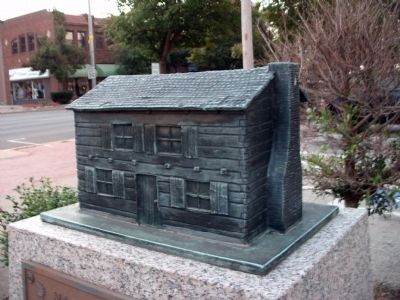 Also see . . .
1. The Real Lincoln Highway: The Forgotten Lincoln Circuit Markers by Guy C. Fraker. Is the “leading authority" on Abraham Lincoln's trail as he and his fellow lawyers worked on the Illinois Eighth Judicial District of 1847 - 1859. See Map and History of the special Marker Series written by Guy Fraker. Over more than four hundred miles of Illinois were traveled by Lincoln and his fellow Lawyers per journey around the Circuit by horse and buggy. For students and 'they that seek' a better understanding of life in the 1860's - - this is indeed a Historical trip through the heart-land of America on the roads of Illinois. (Submitted on October 7, 2008, by Al Wolf of Veedersburg, Indiana.) 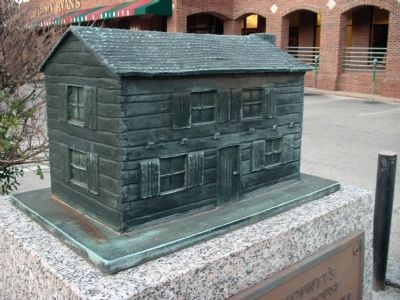 By Al Wolf, October 4, 2008
3. Left Front of Bronze Court House
fellow lawyers on the job traveling Illinois as Circuit Lawyers. See all the Lincoln Circuit Markers (and a surprise or two), in the order of his travels while a member of the Circuit of the Eighth Judicial District (of Illinois) during 1847-1857. Use the “First >>” button in the upper right to see these markers in sequence, starting from Springfield. (Submitted on October 17, 2008, by Al Wolf of Veedersburg, Indiana.) 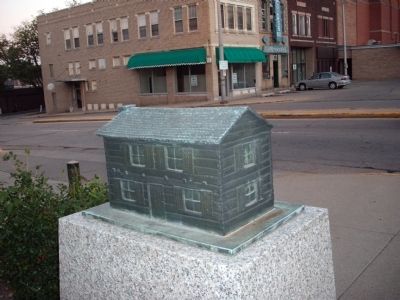 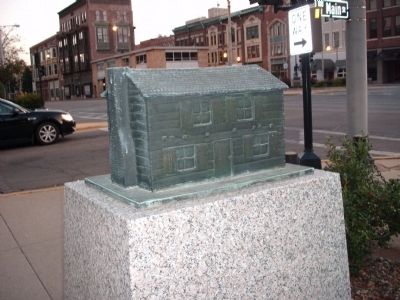 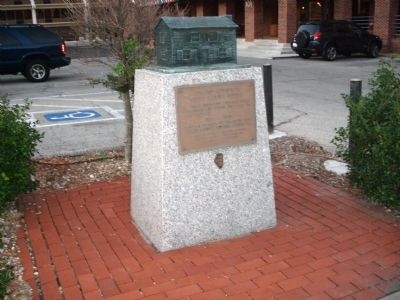 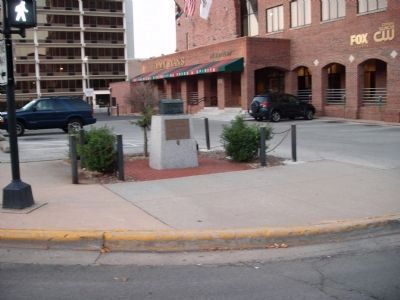 By Al Wolf, October 4, 2008
7. Wide View of Marker
This Bronze replica marks the location of the Lincoln Court House location. 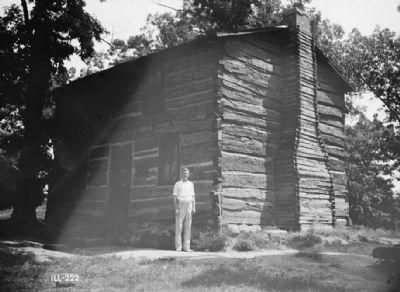