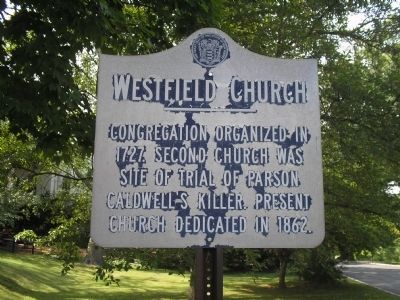 Topics and series. This historical marker is listed in these topic lists: Churches & Religion • War, US Revolutionary. In addition, it is included in the American Presbyterian and Reformed Historic Sites series list. A significant historical year for this entry is 1727. 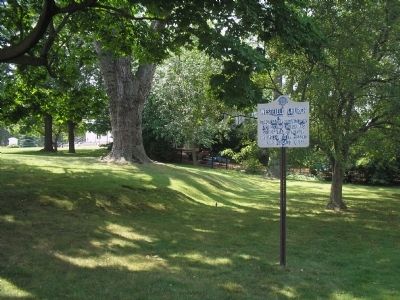 Click or scan to see
this page online
away); Revolutionary Cemetery (about 400 feet away); Westfield (approx. 0.3 miles away); Gallows Hill (approx. 0.9 miles away). Touch for a list and map of all markers in Westfield.

The Presbyterian Church in Westfield was established in 1727, when Nathaniel Hubbell answered an appeal to Yale College for a minister to serve the congregation. British troops occupied the church during the Revolution and removed the bell to prevent its being used to warn of British attacks. The bell was later found on Staten Island and returned. The present church structure (the fourth) was built in 1862. Burials in the adjacent cemetery date from 1724.

Related marker. Click here for another marker that is related to this marker. To better understand 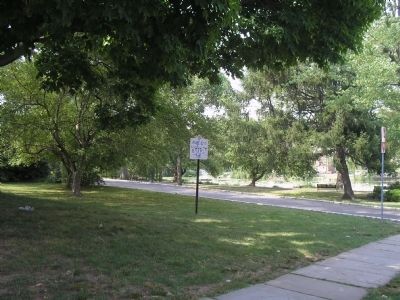 Photographed By Bill Coughlin, June 26, 2010
3. Marker on E Broad Street
the relationship, study each marker in the order shown. 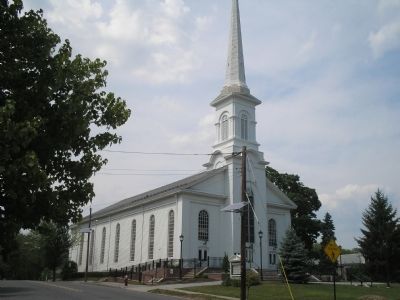