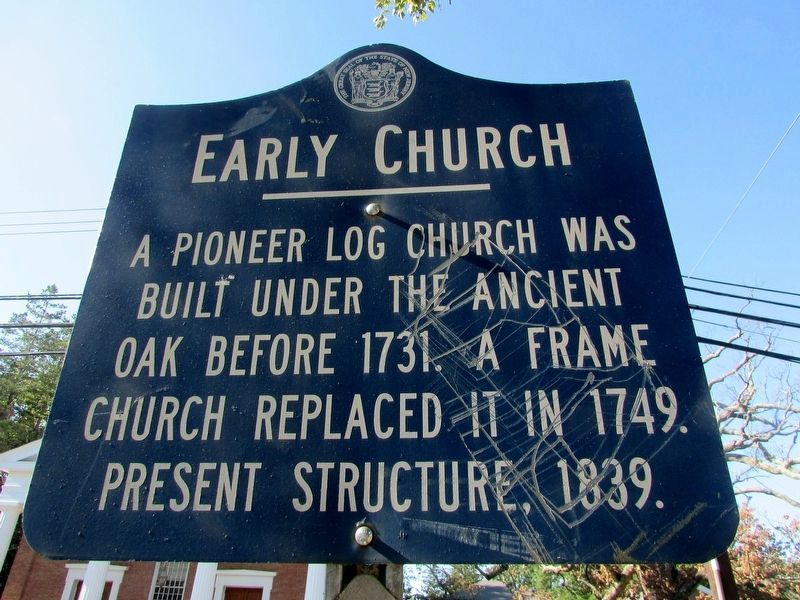 Photographed By Bill Coughlin, August 18, 2016
1. Early Church Marker
Inscription.
Early Church. American Presbyterian and Reformed Historical Site. , A pioneer log church was built under the ancient oak before 1731. A frame church replaced it in 1749. Present structure, 1839. . This historical marker was erected in 1964 by State of New Jersey. It is in Basking Ridge in Somerset County New Jersey

A pioneer log church was built under the ancient oak before 1731. A frame church replaced it in 1749. Present structure, 1839.

Topics and series. This historical marker is listed in these topic lists: Cemeteries & Burial Sites • Churches & Religion • Notable Buildings • War, US Revolutionary. In addition, it is included in the American Presbyterian and Reformed Historic Sites series list. A significant historical year for this entry is 1731. 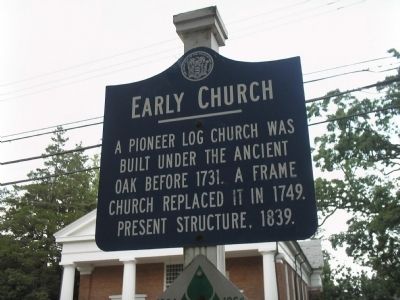 Regarding Early Church. Basking Ridge Presbyterian Church was listed in the National Register of Historic Places in 1974. This church is also one of 445 American Presbyterian and Reformed Historical Sites registered between 1973 and 2003 by the Presbyterian Historical Society (PHS), headquartered in Philadelphia. Approved sites received a metal plaque featuring John Calvin’s seal and the site’s registry number (PHS marker location unknown).

The congregation's original log meetinghouse was erected in 1717 near the old oak which still shadows the cemetery. George Whitefield, the Great Awakening evangelist, preached under the oak tree. George Washington frequented the new meetinghouse, constructed in 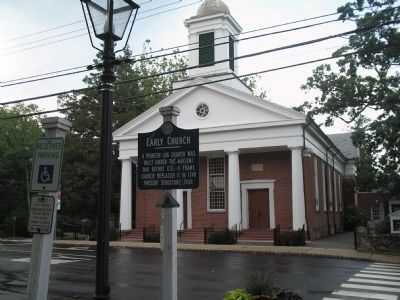 Photographed By Bill Coughlin, June 22, 2008
3. Marker on S Maple Avenue
This church is located just down the road from the location of the Widow White's Tavern, where Gen. Charles Lee, Washington's second-in-command, was captured by the British on December 13, 1776.
1748. Robert Finley, pastor from 1795 to 1817, was one of the prime organizers of the American Colonization Society. The present brick building was built in 1839. 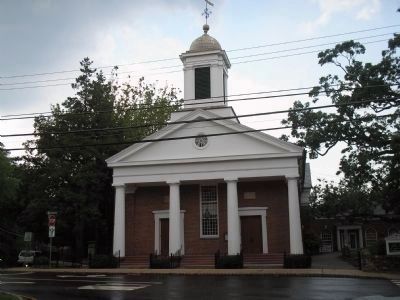 Photographed By Bill Coughlin, June 22, 2008
4. The Presbyterian Church of Basking Ridge
Gen. George Washington and his officers were frequent visitors to this church during the Revolutionary War. The ladies of the church took great pleasure in serving refreshments to the commanding General.
Nation Register of Historic Places Nomination Form:
Click for more information. 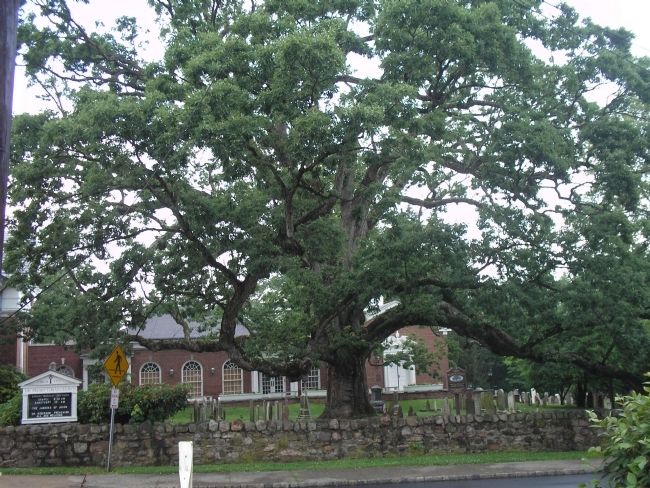 Photographed By Bill Coughlin, June 22, 2008
5. 600 Year Old Oak Tree
This white oak tree, located in the churchyard of the Presbyterian Church, is estimated to be over 600 years old. During the Revolutionary War, George Washington and the Marquis de Lafayette once had a picnic in the shade of this great tree. 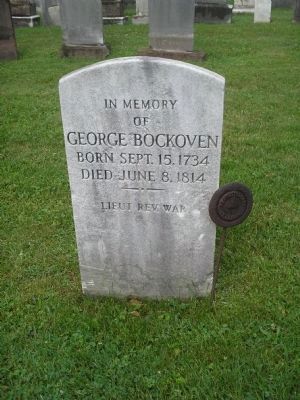