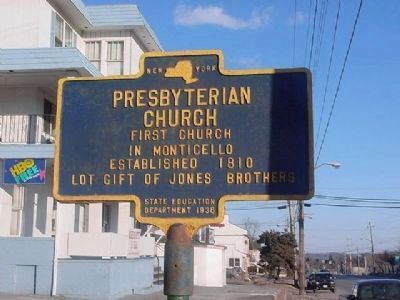 By Tom Rue, February 18, 2001
1. Presbyterian Church
First Church in Monticello, established in 1810. The plot of ground for the church was a gift by Monticello founders John Patterson Jones and his brother Samuel Frisbee Jones. In the background is the present Heritage Inn, formerly known as the Monticello Inn; and in the era of the Jones brothers as the Mansion House.
Inscription.
Presbyterian Church. First Church in Monticello. Established 1810. Lot gift by the Jones brothers. . This historical marker was erected in 1938 by NYS Education Department. It is in Monticello in Sullivan County New York

Topics and series. This historical marker is listed in these topic lists: Churches & Religion • Settlements & Settlers. In addition, it is included in the American Presbyterian and Reformed Historic Sites ⛪ series list.

Location. 41° 39.274′ N, 74° 41.077′ W. Marker is in Monticello, New York, in Sullivan County. Marker is at the intersection of Broadway (New York State Route 42) and Jones Street, on the left when traveling east on Broadway. Touch for map. Marker is at or near this postal address: 200 Broadway, Monticello NY 12701, United States of America. Touch for directions. 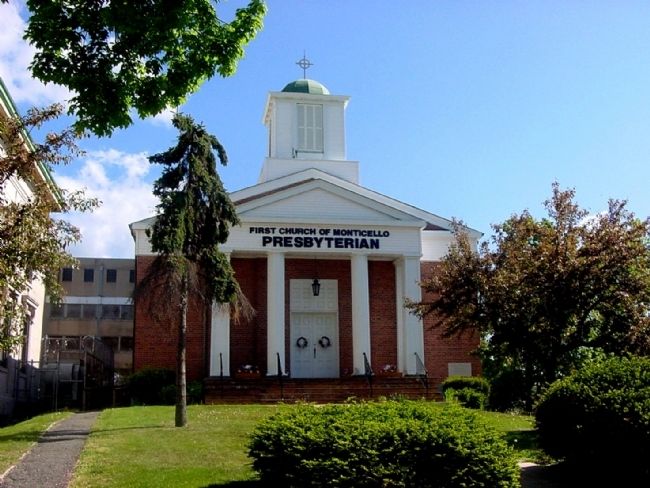 In 1808 the brothers Samuel F. and John P. Jones named their Catskill Mountain village after President Jefferson's home, and they set aside part of their "mountain of heaven" in the center of town for the county court house and a house of public worship. They deeded the land to Sullivan County which turned the plot into the site of First Presbyterian Church, the first church in the community. The congregation was organized with twelve members in 1810 by the Presbytery of Hudson. The first church on the site, built in 1828, was destroyed by 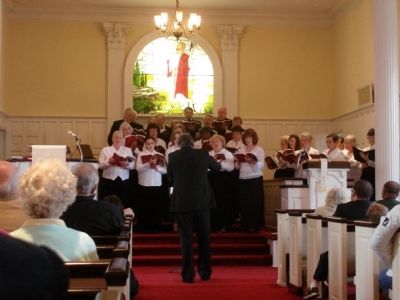 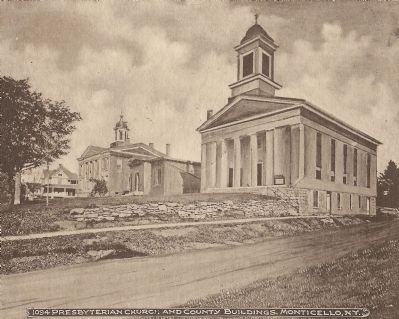