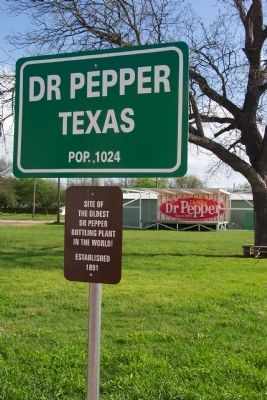 Site of the oldest Dr Pepper bottling plant in the world!

Topics. This historical marker is listed in these topic lists: Industry & Commerce • Man-Made Features. A significant historical year for this entry is 1891. 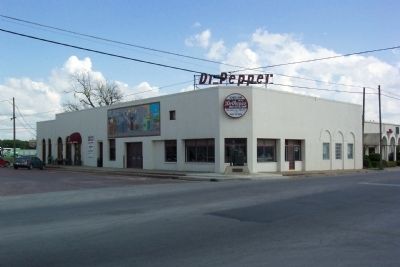 1. Only Place That Makes Original Formula Dr Pepper. On the RoadsideAmerica website. (Submitted on October 9, 2008.) 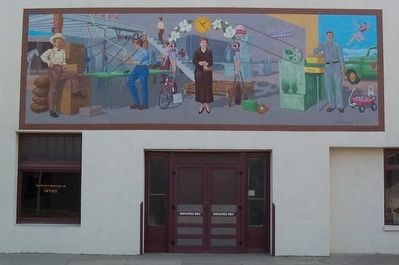 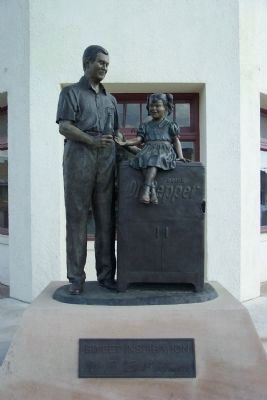 Photographed By William Fischer, Jr., April 3, 2007
4. Sweet Inspiration Statue
This statue, in front of the bottling plant, depicts the plant's owner, Bill Kloster - "Mr. Dr Pepper" - offering a bottle to a little girl. Kloster worked at Dublin Bottling Works for 67 years, from age 14 until the day he died in 1999. 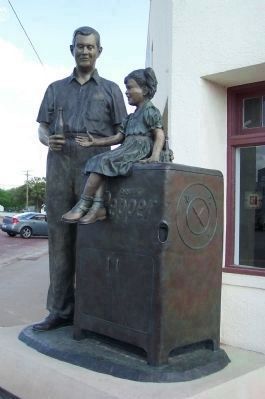