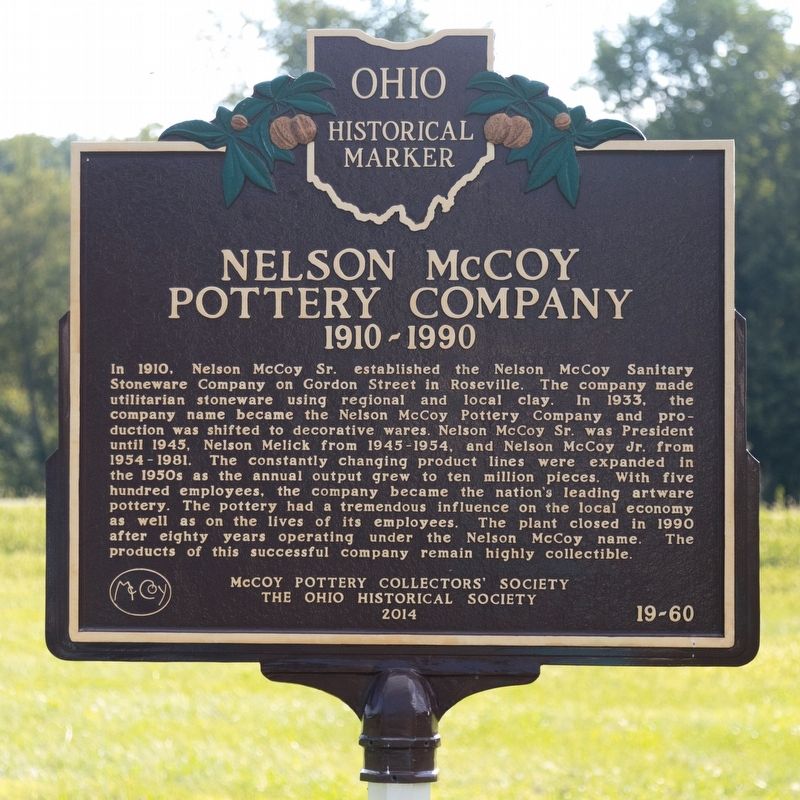 In 1910, Nelson McCoy Sr. established the Nelson McCoy Sanitary Stoneware Company on Gordon Street in Roseville. The company made utilitarian stoneware using regional and local clay. In 1933, the company name became the Nelson McCoy Pottery Company and production was shifted to decorative wares. Nelson McCoy Sr. was President until 1945, Nelson Melick from 1945-1954, and Nelson McCoy Jr. from 1954-1981. The constantly changing product lines were expanded in the 1950s as the annual output grew to ten million pieces. With five hundred employees, the company became the nation’s leading artware pottery. The pottery had a tremendous influence on the local economy as well as on the lives of its employees. The plant closed in 1990 after eighty years operating under the Nelson McCoy name. The products of this successful company remain highly collectible.

Topics and series. This historical marker is listed in this topic list: Industry & Commerce 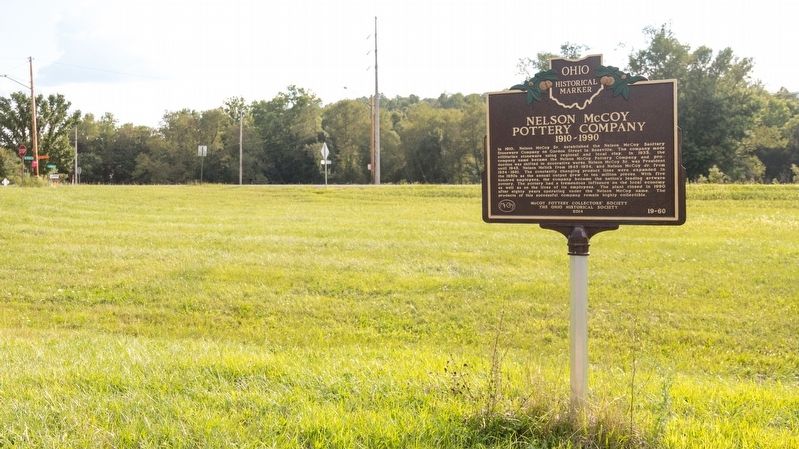 Click or scan to see
this page online
. In addition, it is included in the Ohio Historical Society / The Ohio History Connection series list. A significant historical year for this entry is 1910.

Also see . . .
1. McCoy Pottery History. “During the late 20's and into the 30's the Pottery produced products that were fired with blended glazes and the designs were predominately dominated by, leaf and berry motifs. These glazes were earthy tones of brown and green. Many glazes were limited to the green and were more common and less expensive. They made these in mass throughout the 30's, reproducing the same successful designs which were functional which had an appeal to the public because they were inexpensive, attractive and every day usage pieces.” (Submitted on August 25, 2018.)