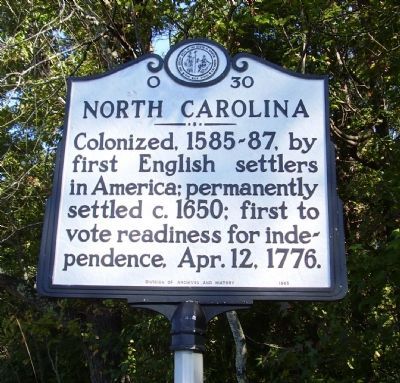 Photographed By Stanley and Terrie Howard, October 4, 2008
1. North Carolina Marker
Inscription.
North Carolina, also, South Carolina. . , North Carolina. Colonized, 1585-87 by First English settlers in America; permanently settled c. 1650; first to vote readiness for independence, Apr. 12, 1776., South Carolina. Formed, 1712, from part of Carolina, which was chartered in 1663, it was first settled by the English in 1670. One of the 13 original states. . This historical marker was erected in 1985 by North Carolina Division of Archives and History. It is Near Kross Keys in Polk County North Carolina

Topics and series. This historical marker is listed in these topic lists: Colonial Era • Political Subdivisions • Settlements & Settlers. In addition, it is included in the North Carolina Division of Archives and History series list. A significant historical date for this entry is April 12, 1931.

Other nearby markers. At least 8 other markers are within 8 miles of this marker, measured as the crow flies. Tryon's March (a few steps from this 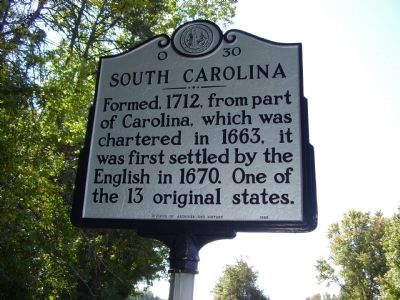 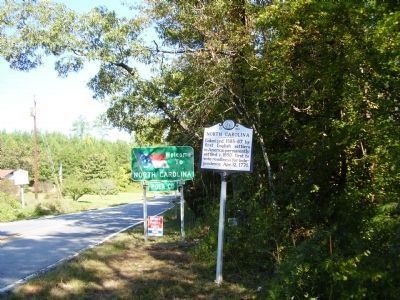