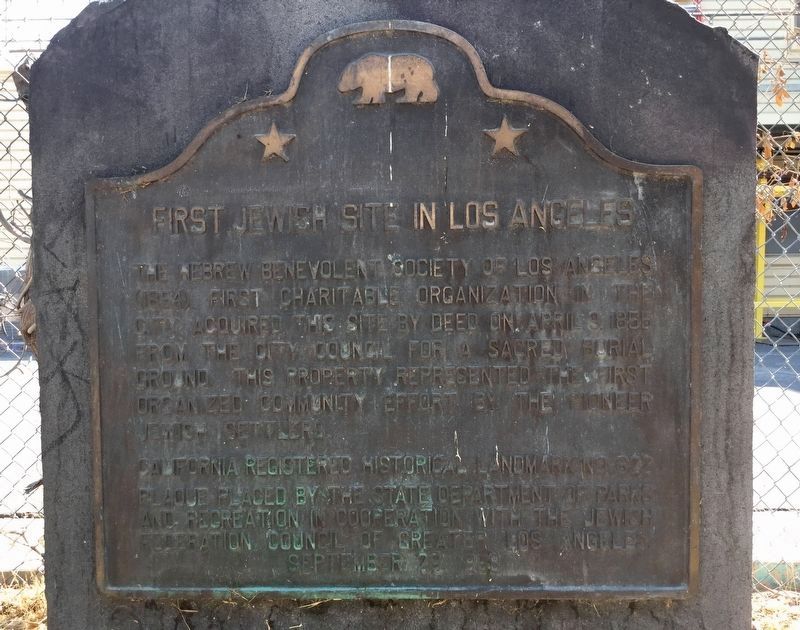 The Hebrew Benevolent Society of Los Angeles (1854), first charitable organization in the city, acquired this site from the city council by deed of April 9, 1855. This purchase of a sacred burial ground represented the first organized community effort by the pioneer Jewish settlers.

Topics and series. This historical marker is listed in these topic lists: Cemeteries & Burial Sites • Churches & Religion. In addition, it is included in the California Historical Landmarks series list.

Other nearby markers. At least 8 other markers are within walking distance of this marker. Naval and Marine Corps Reserve Center (about 500 feet away, measured in a direct line); World Trade Center Monument 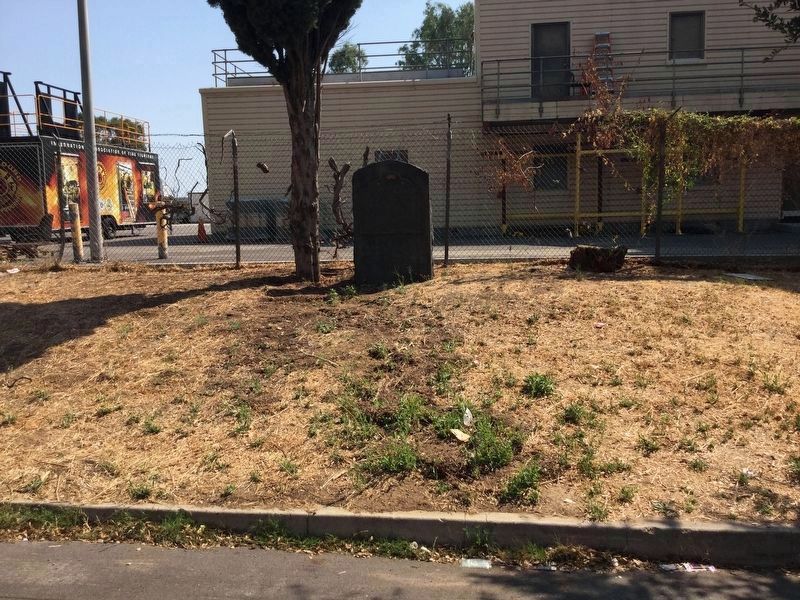