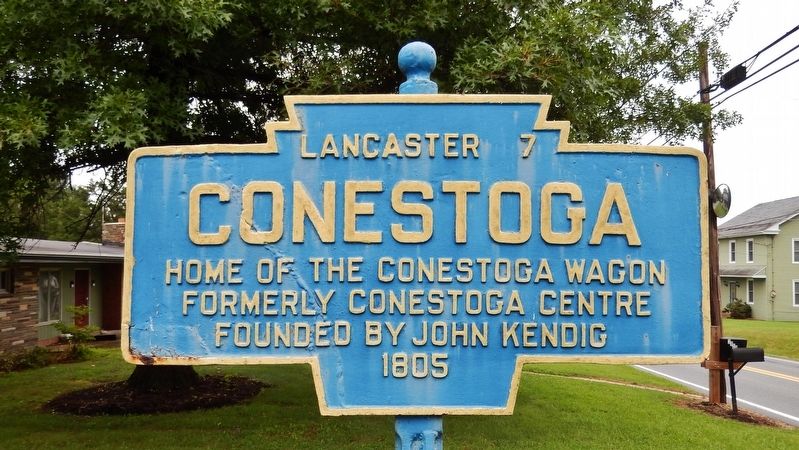 Location. 39° 56.44′ N, 76° 21.858′ W. Marker is in Conestoga, Pennsylvania, in Lancaster County. Marker is on Main Street 1.2 miles east of River Road, on the left when traveling east. Marker is located on the grounds of the Conestoga Township Municipal Building, directly in front of the building at the east edge of the parking lot. Touch for map. Marker is at or near this postal address: 3959 Main Street, Conestoga PA 17516, United States of America. Touch for directions. 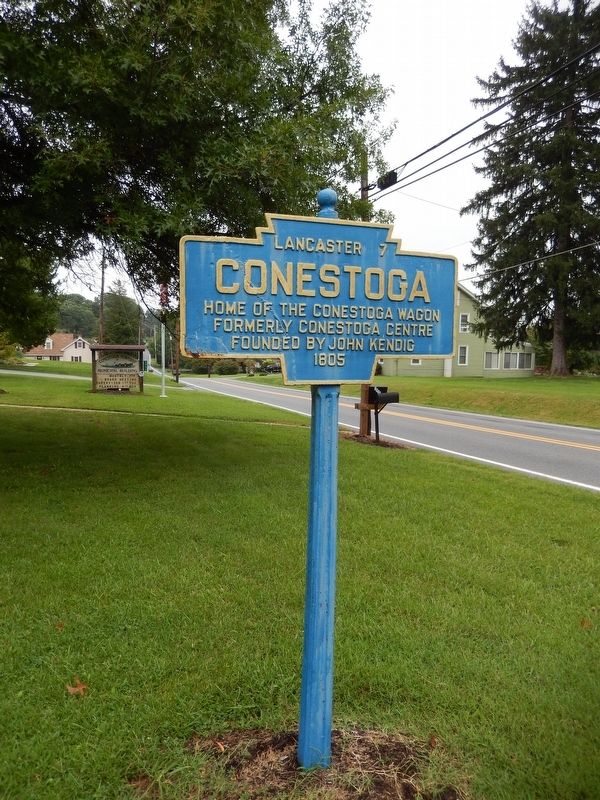 Also see . . .
1. Conestoga Wagon. The origins of the distinctive horse-drawn freight wagon known as the Conestoga wagon can be traced to the Conestoga River region of Pennsylvania’s Lancaster County in the mid- to late-18th century. Conestoga wagons, with their distinctive curved floors and canvas covers arched over wooden hoops, became a common sight over the next century, as they carried farm products to cities and other goods from cities to rural communities, particularly in Pennsylvania and the nearby states of Maryland, Ohio and Virginia but also elsewhere in the United States and in Canada. (Submitted on September 1, 2018, by Cosmos Mariner of Cape Canaveral, Florida.)

2. Conestoga, Pennsylvania. Conestoga was first called Conestoga Manor by William Penn. The name came from the Conestoga Indians, a peaceful Christian tribe, whose principal village was located nearby. The town of Conestoga was laid out by John Kendig, Harry Breneman, Edward Charles, and John Folkman 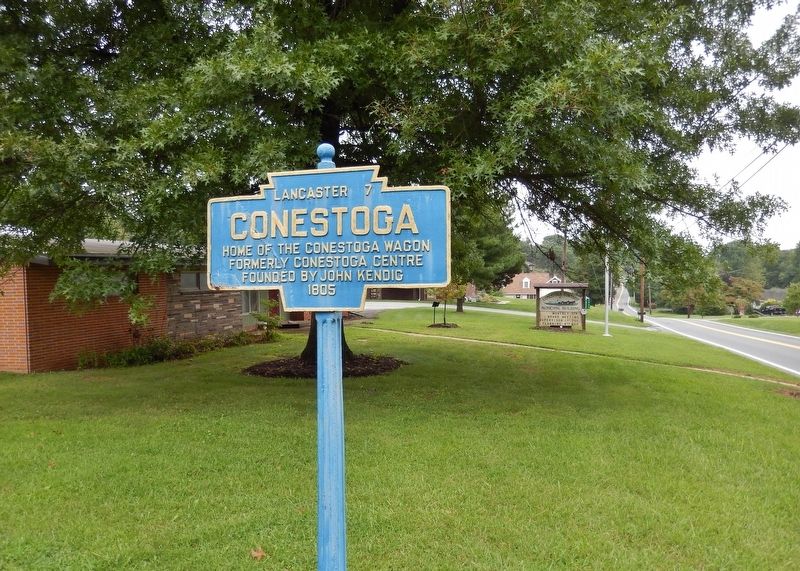