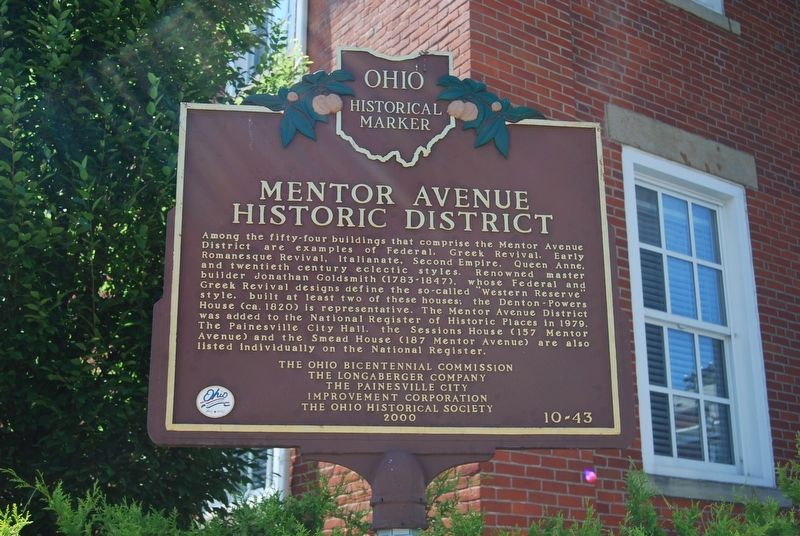 Topics and series. This historical marker is listed in this topic list: Notable Places. In addition, it is included in the Ohio Historical Society / The Ohio History Connection series list. A significant historical year for this entry is 1979. 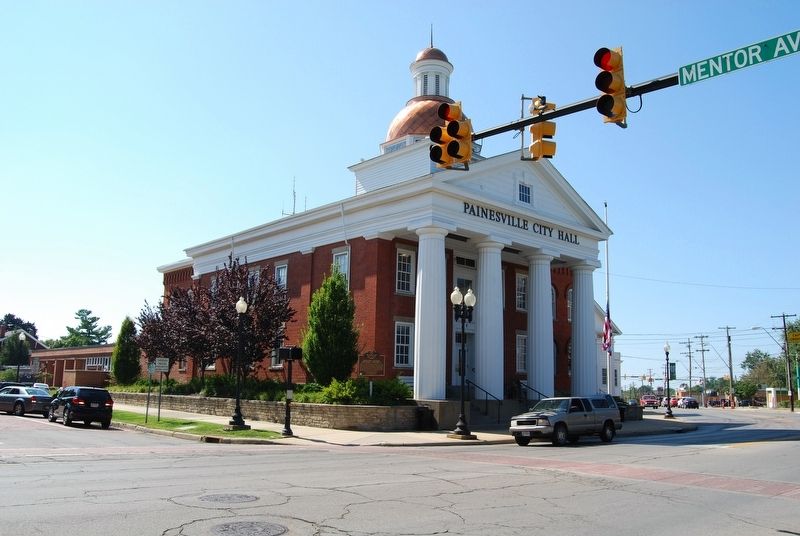 Other nearby markers. At least 8 other markers are within 2 miles of this marker, measured as the crow flies. Lake County YMCA (about 600 feet away, measured in a direct line); Thomas W. Harvey (approx. 0.2 miles away); Daniel Carter Beard (approx. ¼ mile away); Mathews House (approx. 0.4 miles away); Edward Paine (approx. half a mile away); Charter Oak Triangle (approx. half a mile away); Lake Shore & Michigan Southern Station (approx. 0.7 miles away); The Casement House / General Jack and Frances Jennings Casement (approx. 1.2 miles away). Touch for a list and map of all markers in Painesville.
Credits. This page was last revised on September 2, 2018. It was originally submitted on September 2, 2018, by Mike Wintermantel of Pittsburgh, Pennsylvania. This page has been viewed 128 times since then and 10 times this year. Photos:   1, 2. submitted on September 2, 2018, by Mike Wintermantel of Pittsburgh, Pennsylvania.
Share This Page.