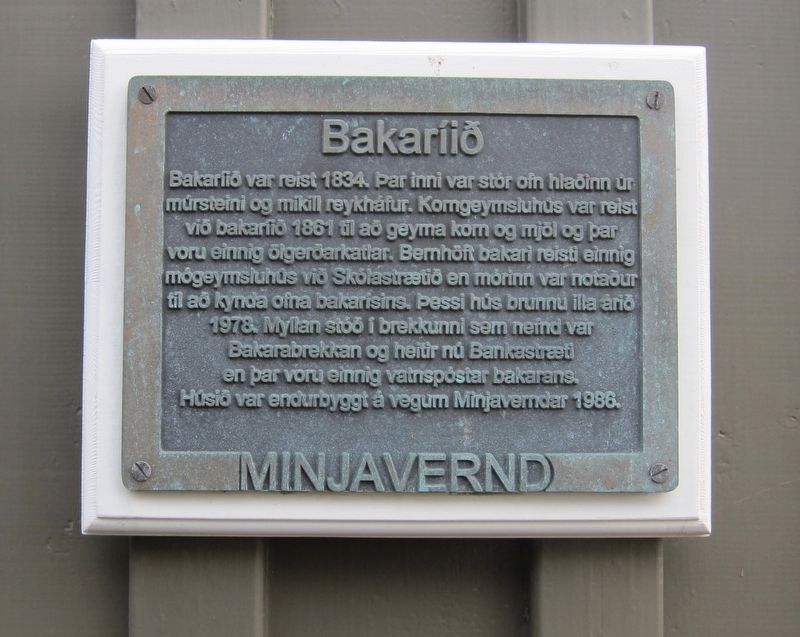 The bakery was built in 1834. Inside there was a large oven made of brick and a large chimney. A grain storehouse was built at the bakery in 1861 to store grain and flour, and there were also beer fermentation tanks. Bernhöft, the baker, also built a warehouse on School Street, with fats being used to fuel the bakery ovens. This building suffered severe fire damage in 1978. There was also a mill was on the slope, called Baker's Slope (now Bankastræti), where there were also boilers for the bakery. The building was renovated in 1986 by the Ministry of Conservation of Antiquities. . This historical marker was erected by Minjavernd. It is in Reykjavik Capital Region Höfuðborgarsvæði Iceland