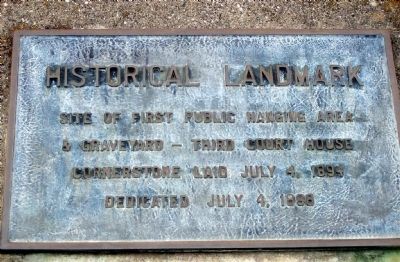 Location. 38° 53.813′ N, 121° 4.56′ W. Marker is in Auburn, California, in Placer County. Marker is at the intersection of Maple Street and Lincoln Way, on the right when traveling east on Maple Street. Touch for map. Marker is at or near this postal address: 101 Maple Street, Auburn CA 95603, United States of America. Touch for directions. 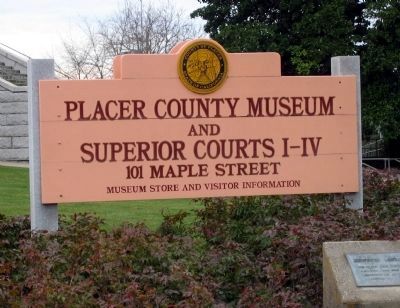 Additional commentary.
1. From the Placer County Courthouse Museum Brochure:
Three courthouses have served Placer County. The first, a canvas and wood structure, with a nearby jail built of logs. In 1852 the Court of Sessions ordered a new courthouse to be built. This building was a wood frame building with plaster walls. A bell tower called jurors to duty and sounded the fire alarm. The jail remained at its old site until it burned in June, 1855. Later that year a two-story brick jail was built next to the new courthouse. An iron cat walk connected the upstairs of the jail building to the courthouse. In 1893, after forty years, the courthouse had deteriorated to the point of needing replacement. Setting of the cornerstone of the new and third courthouse was placed 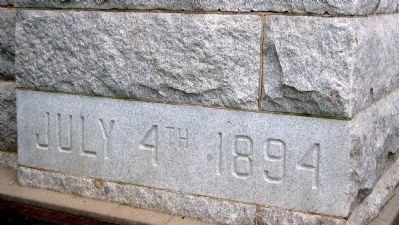 By Syd Whittle, January 17, 2006
3. Cornerstone Placed July 4, 1894
on July 4, 1894. A copper box, placed under the cornerstone by local officials, held a variety of gold, silver coins, newspapers and county documents. Four years later, on July 4, 1898, the third courthouse was dedicated.
At the dedication ceremony, Judge J.E. Prewitt eulogized the merits of the new edifice:

It is our Temple of Justice; repository of our titles; fortress of our personal and property rights; fountain head of our school system; and registry of our births, marriages and deaths.
— Submitted October 10, 2008, by Syd Whittle of Mesa, Arizona. 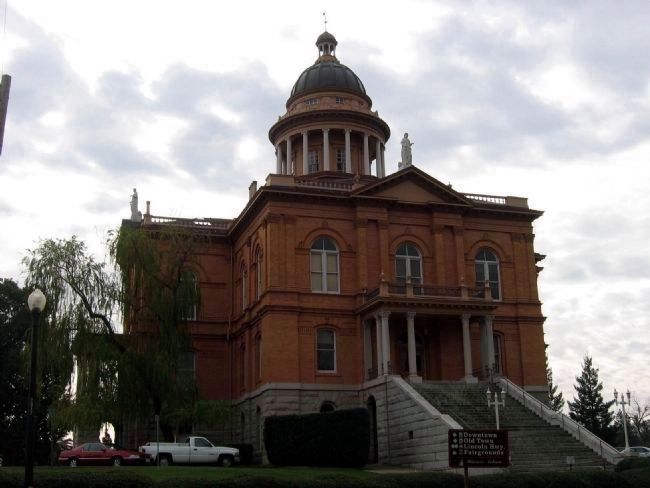 By Syd Whittle, January 17, 2006
4. Placer County Courthouse
Under the steps and behind the hedge is the entrance to the woman's jail. 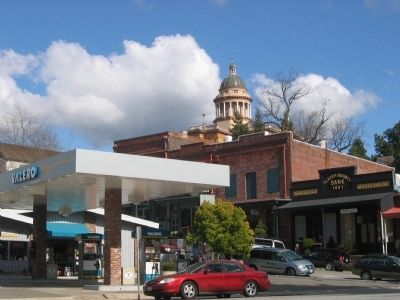 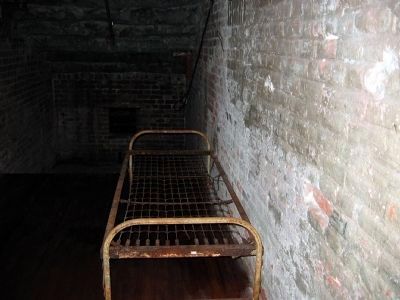 By Syd Whittle, January 17, 2006
6. Woman's Jail
**Under the Courthouse Steps, Women in Jail**
Women prisoners in the 1850's - 1905 were either held in the men's jail or in a hotel with an armed guard, which posed a dangerous problem. In 1905 the Board of Supervisors authorized the construction of one or more cells for women and juvenile prisoners. On October 19, 1905 construction began on the iron works for a new woman's jail, located under the steps at the north end of the courthouse. This jail was used until a new jail was constructed in 1941 in back of the courthouse, now a parking lot. 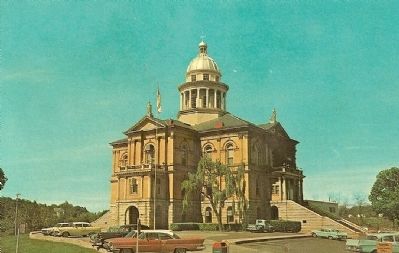