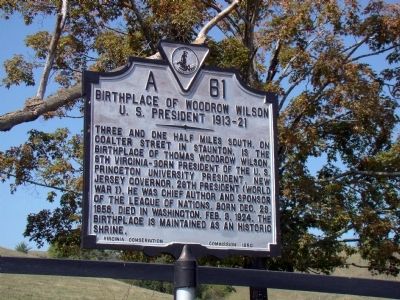 By J. J. Prats, September 24, 2008
1. Birthplace of Woodrow Wilson Marker
Inscription.
Birthplace of Woodrow Wilson. U.S. President 1913–21. Three and one half miles south, on Coalter Street in Staunton, is the birthplace of Thomas Woodrow Wilson, 8th Virginia-born President. New Jersey Governor, 28th President (World War I). He was chief author and sponsor of the League of Nations. Born Dec 28, 1856, died in Washington, Feb 3, 1924. The birthplace is maintained as an historic shrine. . This historical marker was erected in 1950 by Virginia Conservation Commission. It is Near Staunton Virginia

Three and one half miles south, on Coalter Street in Staunton, is the birthplace of Thomas Woodrow Wilson, 8th Virginia-born President. New Jersey Governor, 28th President (World War I). He was chief author and sponsor of the League of Nations. Born Dec 28, 1856, died in Washington, Feb 3, 1924. The birthplace is maintained as an historic shrine.

Topics and series. This historical marker is listed in these topic lists: Peace • War, World I. In addition, it is included in the Former U.S. Presidents: #28 Woodrow Wilson, and the Virginia Department of Historic Resources series lists. A significant historical date for this entry is February 3, 1864.

Other nearby markers. At least 8 other markers are within 3 miles of this marker, measured as the crow flies. Grandma Moses in Augusta County (approx. 1.4 miles 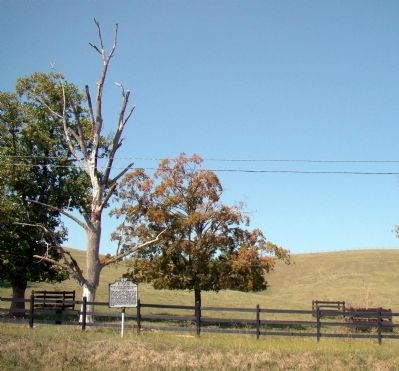 More about this marker. A similar marker is on U.S. 11 at the southern city line.

Related marker. Click here for another marker that is related to this marker. The similar marker on U.S. 11 at the southern city line.

Also see . . .
1. History of the Woodrow Wilson Birthplace Foundation. “The drive to purchase the Manse and restore the historic house was led by a group of distinguished Virginia and national leaders, guided by Edith Bolling Galt Wilson, the former President's widow. The other leaders included Admiral Cary Grayson, Wilson's physician and close friend, leading Democratic Party figures Mrs. Cordell Hull, a Staunton native and wife of the Secretary 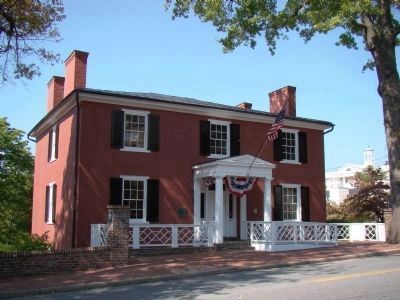 By J. J. Prats, September 24, 2008
3. Birthplace of Woodrow Wilson
The house, now the Woodrow Wilson Presidential Library and Museum, is in on North Coulter Street, at the corner with East Frederick Street in Staunton. Tours are available daily. The white building on the right between the house and the tree is one of buildings on the Mary Baldwin College campus, which is across Frederick Street from the Library.
of State, Mr. Jesse Jones, a Texas financier and Secretary of Commerce and Virginia Senators Harry F. Byrd and Carter Glass. In the 1940s the Foundation established an endowment for operations and President Franklin D. Roosevelt dedicated the Woodrow Wilson Birthplace as a ‘new shrine of freedom’.” (Submitted on October 11, 2008.)

2. Brief Biographical Sketch of Wooodrow Wilson. This page is published by The White House in Washington, D.C. “Like Roosevelt before him, Woodrow Wilson regarded himself as the personal representative of the people. ‘No one but the President,’ he said, ‘seems to be expected ... to look out for the general interests of the country.’ He developed a program of progressive reform and asserted international leadership in building a new world order. In 1917 he proclaimed American entrance into World War I a crusade to make the world ‘safe for democracy’.” (Submitted on October 11, 2008.)

3. Mutual Relation of Masters and Slaves as Taught in the Bible (Joseph Wilson's sermon of 1/6/1861). Available at UNC's Documenting the American South (Submitted on March 17, 2009, by Robert H. Moore, II of Winchester, Virginia.) 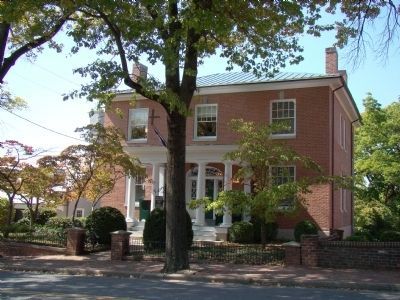 The family left this residence before the Civil War, and moved to Augusta, Georgia where Joseph Wilson continued in his role as a Presbyterian minister. There, his "Mutual Relation of Masters and Slaves as Taught in the Bible" sermon of January 6, 1861, at the First Presbyterian Church in Augusta, displayed his attitude and drew a great deal of interest. When asked to submit his sermon for publication two days later, Wilson responded, "It is surely high time that the Bible view of slavery should be examined, and that we should begin to meet the infidel fanatacism of our infatuated enemies upon the elevated ground of a divine warrant for the institution we are resolved to cherish." By December, Wilson was directly involved in establishing the Confederate or Southern Presbyterian Church.
— Submitted March 17, 2009, by Robert H. Moore, II of Winchester, Virginia. 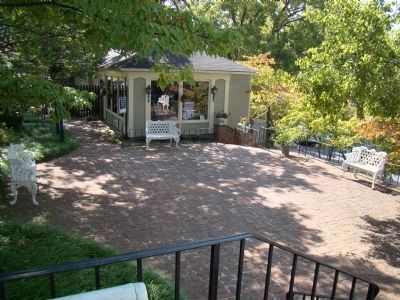 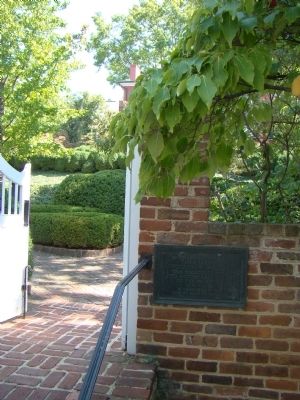 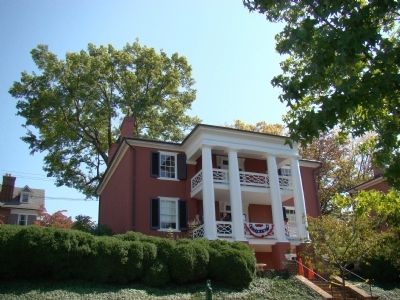 By J. J. Prats, September 24, 2008
7. Rear of the Birthplace of Woodrow Wilson Marker
This view is from the garden behind the house. Gift shop is behind the photographer. The some of the garden paths and stairs were being reconstructed when these photographs were taken. 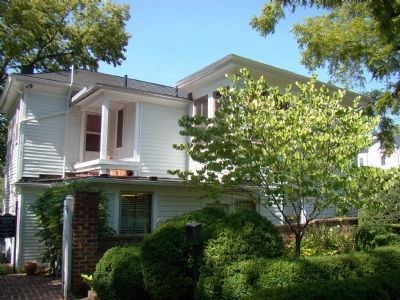 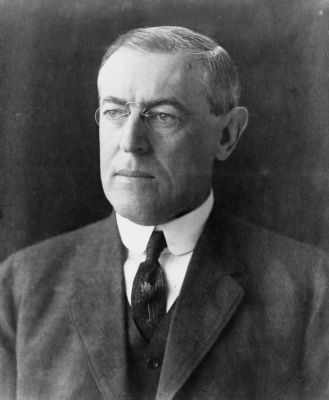