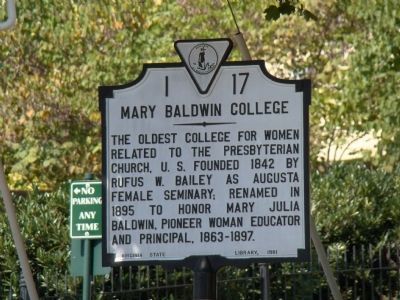 The oldest college for women related to the Presbyterian Church, U. S. Founded 1842 by Rufus W. Bailey as Augusta Female Seminary; renamed in 1895 to honor Mary Julia Baldwin, pioneer woman educator and Principal, 1863–1897.

Topics and series. This historical marker is listed in these topic lists: Education • Women. In addition, it is included in the Virginia Department of Historic Resources series list. A significant historical year for this entry is 1842.

Other nearby markers. At least 8 other markers are within walking distance of this marker. T. J. Collins & Son (about 500 feet away, measured in a direct line); Augusta National Bank Building 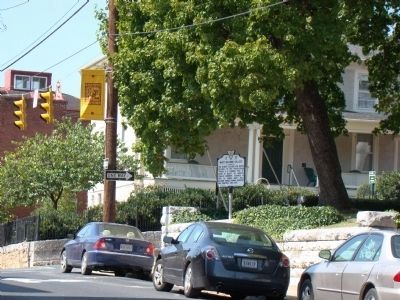 By J. J. Prats, September 24, 2008
2. Mary Baldwin College Marker
Frederick Street is in the foreground. New Street continues its climb uphill between the marker and the house in the distance.

Also see . . .
1. Happy Birthday, Mary Julia Baldwin. 2005 article by Morgan Alberts Smith ’99. “Miss Baldwin kept the school open during the Civil War and was able to increase the enrollment from a wartime low of six students to more than 250. She was also clever in real estate. When she took over the school it had one building. At the time of her death in 1897, she had acquired 14.5 acres including campus and a nearby farm, and she gave all of it to the seminary” (Submitted on October 11, 2008.) 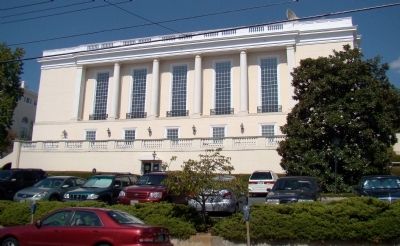 Additional commentary.
1. Mary Baldwin College (Augusta Female Seminary) and the Civil War
By 1863, the stresses of the Civil War threatened to close the Augusta Female Seminary. At one point, attendance was no more than six students. Accordingly, an appeal was made by the secretary of the Board of Trustees to Mary Julia Baldwin to accept appointment as principal. Baldwin took the position, ultimately reformed the curriculum and remained at the school's helm for thirty-four years.
— Submitted March 18, 2009, by Robert H. Moore, II of Winchester, Virginia. 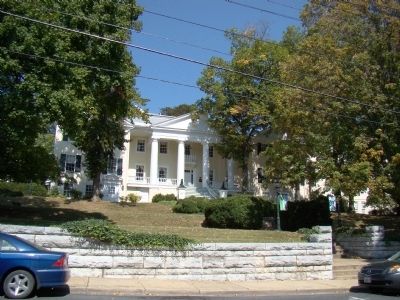 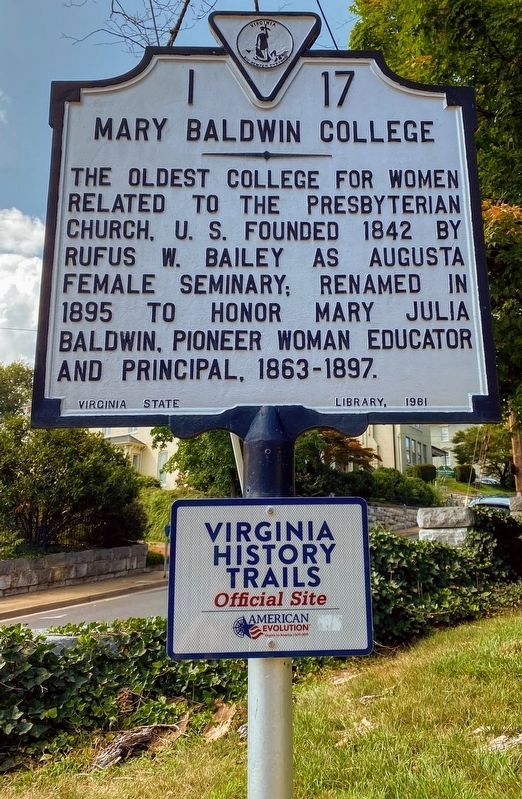 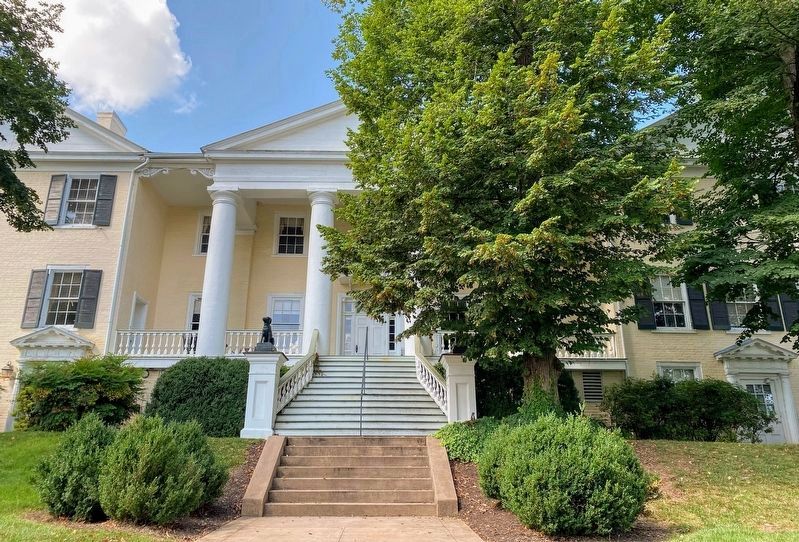 Editor’s want-list for this marker. Additional campus photos • Photos of Miss Baldwin’s gravesite. • Can you help?
Share this page.