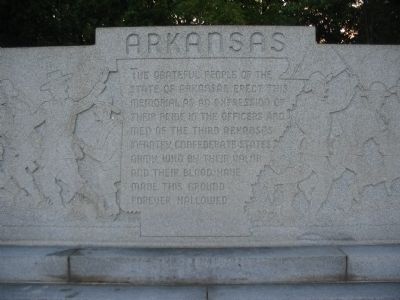 The grateful people of the State of Arkansas erect this memorial as an expression of their pride in the officers and men of the Third Arkansas Infantry, Confederate States Army, who by their valor and their blood have made this ground forever hallowed

Erected 1966 by State of Arkansas.

Location. 39° 47.557′ N, 77° 15.306′ W. Marker is in Cumberland Township, Pennsylvania, in Adams County. Memorial is at the intersection of West Confederate Avenue and Emmitsburg Road (Business U.S. 15), on the right when traveling south on West Confederate Avenue. Located near the Snyder Farm, in the Biesecker Woods, in Gettysburg National Military Park. Touch for map. Marker is in this post office area: Gettysburg PA 17325, United States of America. Touch for directions. 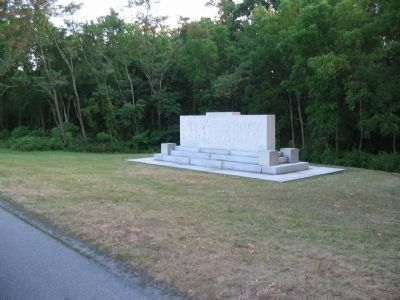 Photographed By Craig Swain, August 17, 2008
2. Arkansas Monument
The four corner blocks on the monument are cast of aluminum, representing the state's role in the manufacture of that metal.

Related markers. Click here for a list of markers that are related to this marker. Gettysburg Markers and Monuments near Biesecker's Woods.

Also see . . .  A Brief History of the Third Arkansas Infantry. The regiment was the only unit from Arkansas present at Gettysburg. It fought as part of the famed Texas Brigade. (Submitted on October 11, 2008, by Craig Swain of Leesburg, Virginia.) 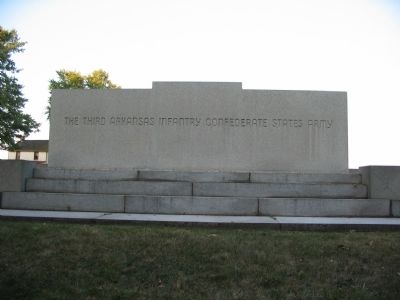 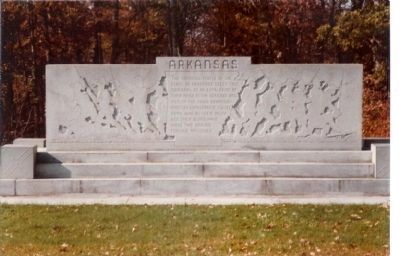