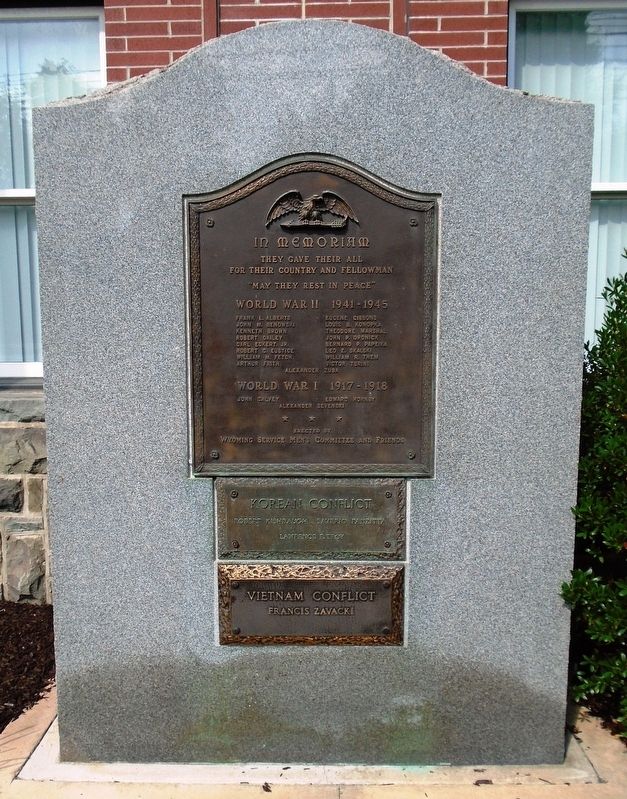 Photographed By William Fischer, Jr., October 1, 2018
1. War Memorial
Inscription.
War Memorial. In Memoriam.
They gave their all for their country and fellowman

"May They Rest In Peace"

Vietnam Conflict Francis Zavacki. . This memorial was erected by Wyoming Service Men's Committee and Friends. It is in Wyoming in Luzerne County Pennsylvania

They gave their all
for their country and fellowman

"May They Rest In Peace" 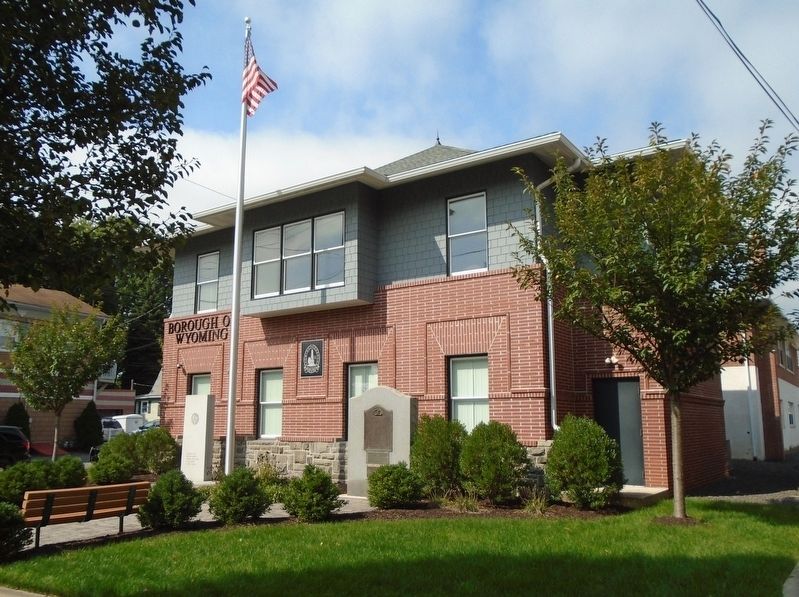 Click or scan to see
this page online
(U.S. 11) and Breese Street, on the left when traveling north on Wyoming Avenue. Monument is on the borough building grounds. Touch for map. Marker is at or near this postal address: 277 Wyoming Avenue, Wyoming PA 18644, United States of America. Touch for directions.