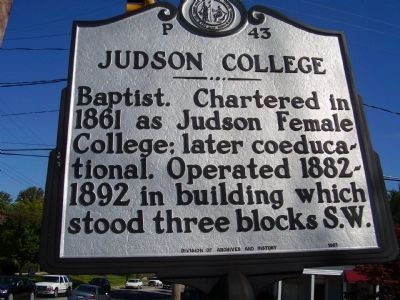 By Stanley and Terrie Howard, October 12, 2008
1. Judson College Marker
Inscription.
Judson College. . Baptist. Chartered in 1861 as Judson Female College; later coeducational. Operated 1882-1892 in building which stood three blocks S.W. . This historical marker was erected in 1991 by Division of Archives and History. It is in Hendersonville in Henderson County North Carolina

Erected 1991 by Division of Archives and History. (Marker Number P 43.) 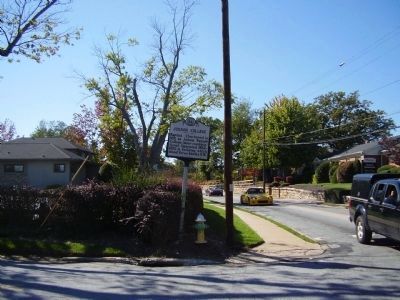 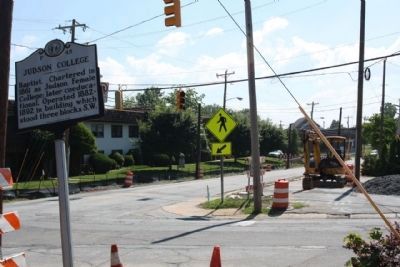 By Mike Stroud, May 23, 2010
3. Judson College Marker with intersection under a major facelift at this date
More. Search the internet for Judson College.