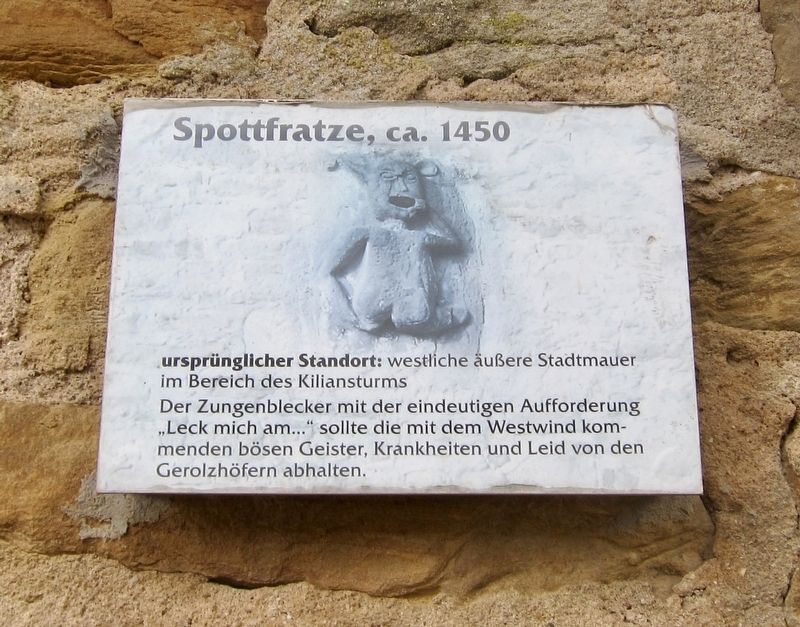 Original location: the western outer city wall in the area of Kilian's Tower.

This figure with his tongue sticking out with the rather unique request to "lick my ..." was said to protect the residents of Gerolzhofen from the evil spirits, disease, and suffering that were thought to come with the west winds. . This historical marker is in Gerolzhofen in Landkreis Schweinfurt Bavaria Germany