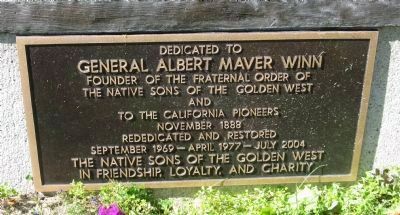 Erected by The Native Sons of the Golden West in Friendship, Loyalty, and Charity.

Topics and series. This historical marker is listed in these topic lists: Cemeteries & Burial Sites • Fraternal or Sororal Organizations • Settlements & Settlers. In addition, it is included in the Native Sons/Daughters of the Golden West series list. A significant historical month for this entry is September 1969. 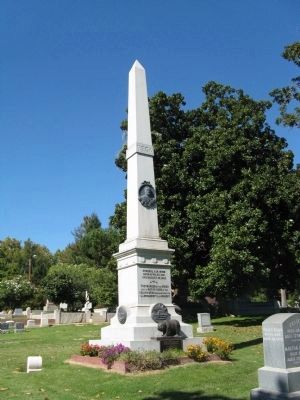 Also see . . .  California Military Museum: General Albert Winn. In 1878, Winn moved to Sonoma where he died August 26, 1883 on a ranch owned by his step-son near El Verano, Sonoma County. He was buried at the Pioneer Plot in the City Cemetery in Sacramento. The funeral Procession began from Pioneer Hall on 7th Street and included members of every Fraternal body and civic organization as well as the entire congregation of Grace Church. This remarkable individual who had been instrumental in the founding of so many civic, religious and fraternal organizations, was memorialized by the city of Sacramento with the naming of Winn Park at 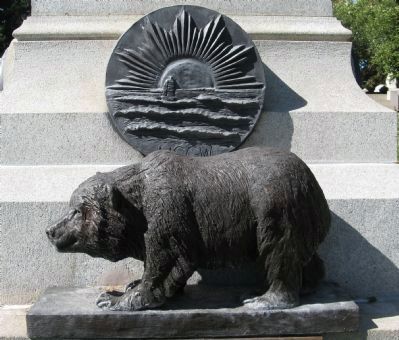 Additional commentary.
1. Sunset Parlor #26, Parlor Profile - By Paula Wong
One of the most meaningful projects undertaken by Sunset Parlor #26 was the Restoration Project of the Albert Maver Winn Monument, located in the Pioneer Section of the Old City Cemetery in Sacramento. Many of Sunset’s members restored the Monument which had been neglected over the years. New State of California Bronze Plaques were crafted by one of the members, and a newly designed Sunset Bronze Plaque and Bronze Bear were designed by another member and his wife to replace the original ones which were stolen. Also the inscription on the Monument was repainted by one of the members’ wife. Many of Sunset’s members built a new brick planter around the base of the Monument, and also did a complete cleaning of the Monument from top to bottom of the lofty obelisk. Sunset’s members also restored the Sunset Parlor Park Bench, rebuilt by one of the members. On July 10, 2004, Sunset Parlor #26 hosted the Founders Day Dinner attended by parlor members and guests statewide, and the 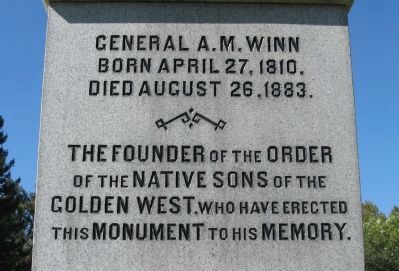 By Syd Whittle, October 13, 2008
4. Inscription on Monument
General A.M.Winn
Born April 27, 1810
Died August 26, 1883
The Founder of the Order of the Native Sons of the Golden West, who have erected this Monument in his Honor
following day the Founders
Day Re-dedication Ceremony of the Monument took place in the Pioneer Section of the Old City Cemetery, and a new Bronze Native Sons of the Golden West Plaque was unveiled by the presiding Grand Parlor President and his Grand Parlor Officers. Sunset’s members continue to maintain the monument on a regular basis by keeping the monument clean and planting new flowers throughout the year.
— Submitted January 18, 2009. 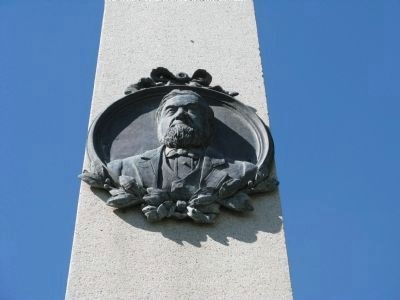 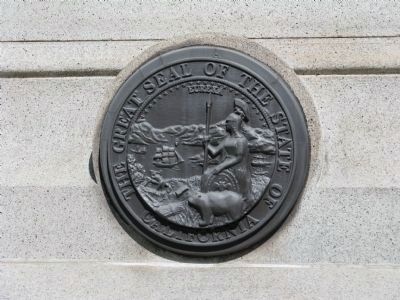