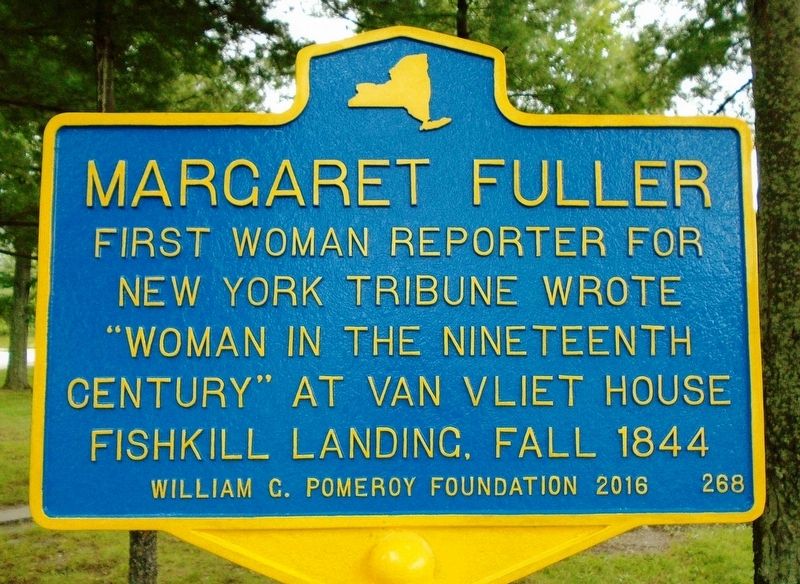 Topics and series. This historical marker is listed in these topic lists: Arts, Letters, Music • Communications • Women. In addition, it is included in the William G. Pomeroy Foundation series list.

Location. 41° 30.482′ N, 73° 58.645′ W. Marker is in Beacon, New York, in Dutchess County. Marker is at the intersection of Wolcott Avenue (New York State Route 9D) and Main Street, on the left when traveling south on Wolcott Avenue. Marker is adjacent to the small Chamber of Commerce tourist kiosk. Touch for map. Marker is at or near this postal address: 1146 Wolcott Avenue, Beacon NY 12508, United States of America. Touch for directions.

Other nearby markers. At least 8 other markers are within walking distance of this marker. Welcome to Beacon (a few steps from this marker); Lewis Tompkins Hose Company (about 500 feet away, measured in a direct line); J. Robert Cramer 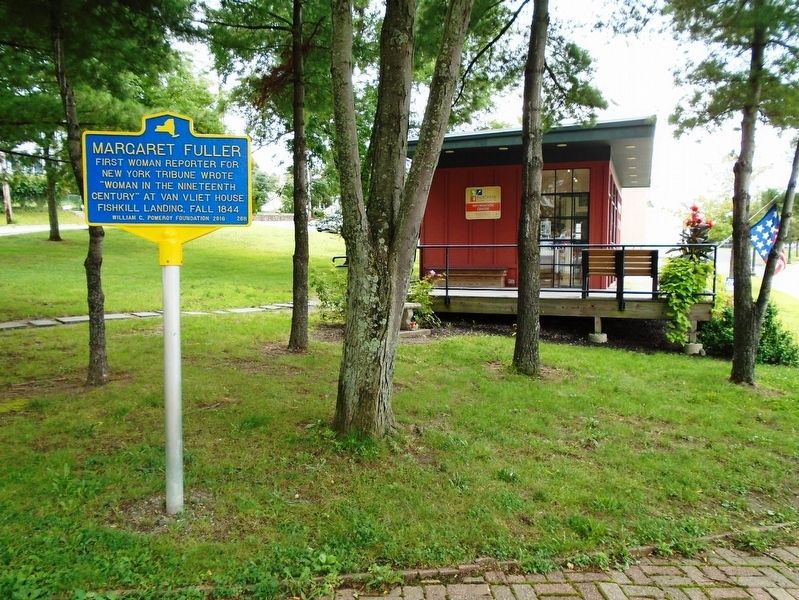 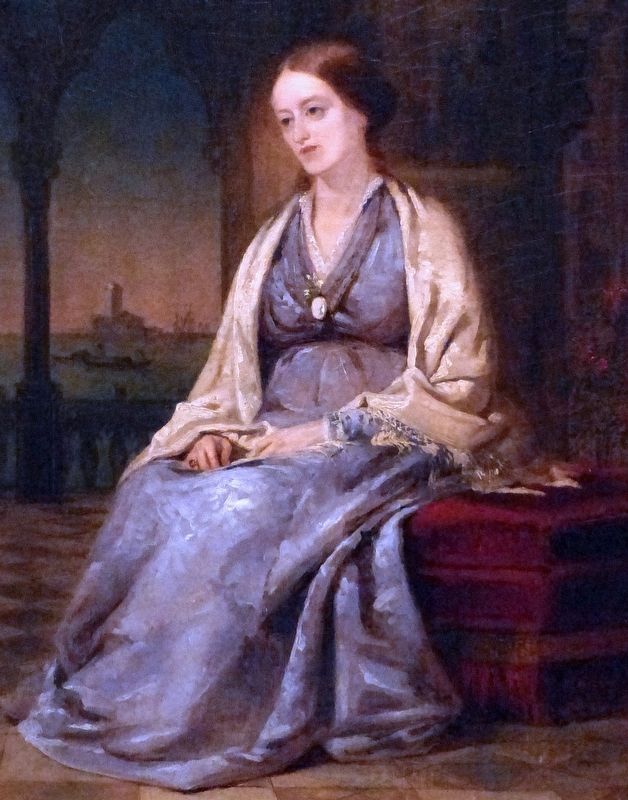 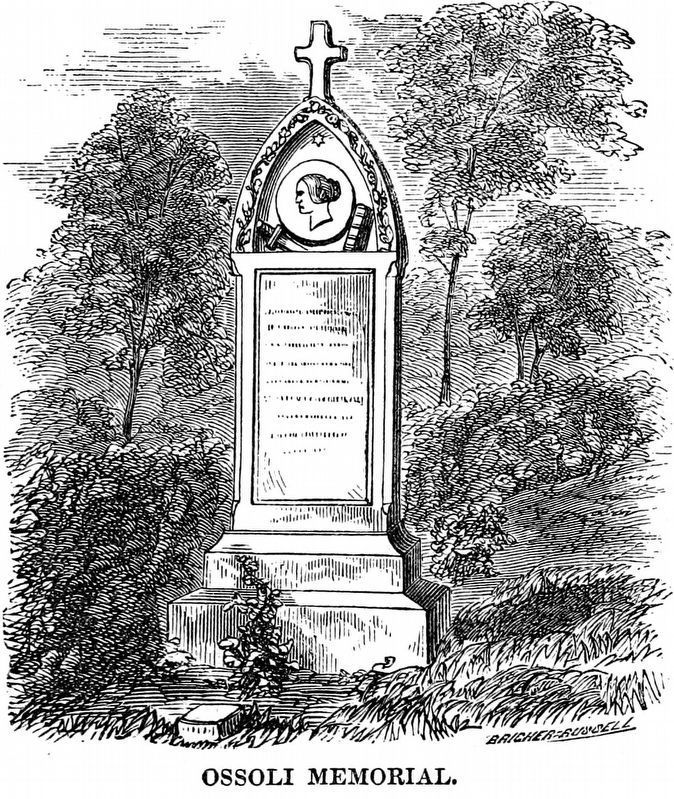 
In Memory of
Margaret Fuller Ossoli
Born in Cambridge, Mass., May 23, 1810
By Birth a Child of New England
By Adoption A Citizen of Rome
By Genius Belonging to the World
In Youth
An Insatiate Student Seeking the Highest Culture
In Riper Years
Teacher, Writer, Critic of Literature And Art
In Mature Age
Companion and Helper of Many
Ernest Reformer in America and Europe
And of her Husband
Giovanni Angelo, Marquis Ossoli
He Gave up Rank, Station And Home
For the Roman Public
And For His Wife and Child
And of That Child
Angelo Eugene Philip Ossoli
Born in Rieti, Italy Sept 5, 1848
Whose Dust Reposes at the Foot
of This Stone
They Passed From This Life Together
By Shipwreck July 19, 1850
“United in Life the Merciful
Father Took Them Together and in
Death They Were Not Divided”
Credits. This page was last revised on January 24, 2020. It was originally submitted on October 14, 2018, by William Fischer, Jr. of Scranton, Pennsylvania. This page has been viewed 130 times since then and 2 times this year. Photos:   1, 2. submitted on October 14, 2018, by William Fischer, Jr. of Scranton, Pennsylvania.   3, 4. submitted on January 23, 2020, by Allen C. Browne of Silver Spring, Maryland.
Share This Page.