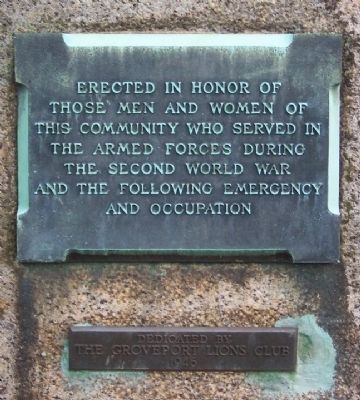 Erected in honor of those men and women of this community who served in the Armed Forces during the Second World War and the following emergency and occupation.

Erected 1946 by The Groveport Lions Club.

Location. 39° 51.056′ N, 82° 52.888′ W. Marker is in Groveport, Ohio, in Franklin County. Marker is at the intersection of Main Street and Wirt Road, on the right when traveling east on Main Street. In front of former high school. Touch for map. Marker is in this post office area: Groveport OH 43125, United States of America. Touch for directions. 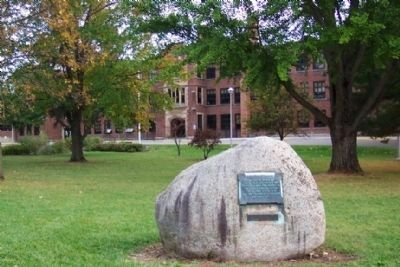