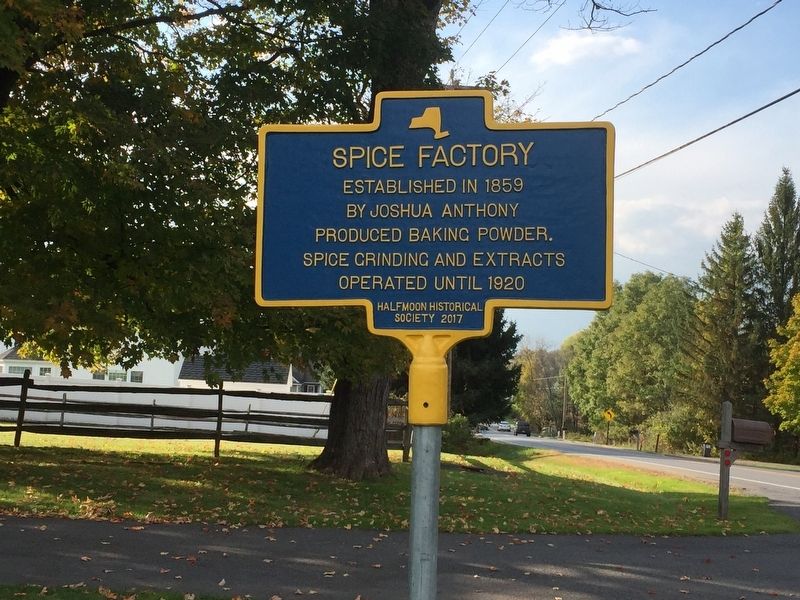 By Steve Stoessel, October 23, 2018
1. Spice Factory Marker
Inscription.
Spice Factory. . . Established in 1859 . by Joshua Anthony . produced baking powder. . Spice grinding and extracts . operated until 1920 . This historical marker was erected in 2017 by Halfmoon Historical Society. It is in Halfmoon in Saratoga County New York 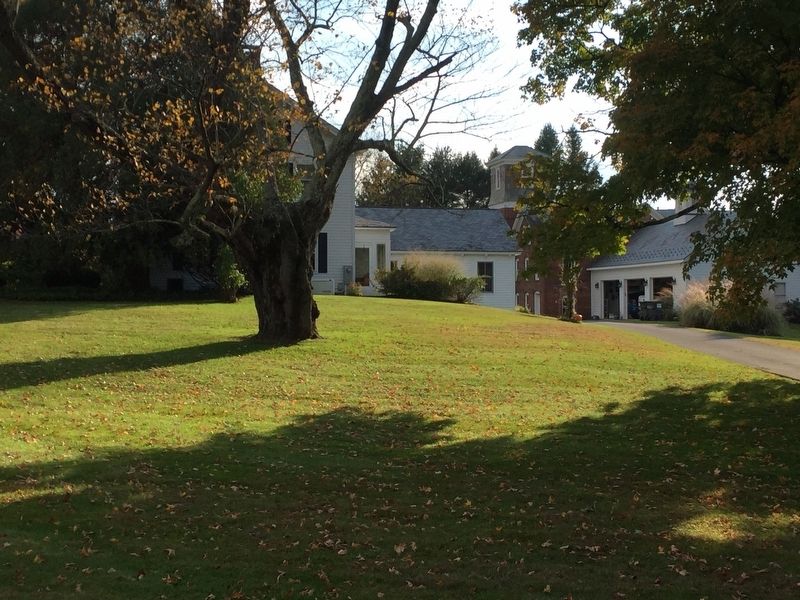 By Steve Stoessel, October 23, 2018
2. Spice Factory Building
his famous spice factory in northern Halfmoon. He began his operations in 1869 with the manufacture of baking powder and cream of tartar. He then added spice grinding and the production of fluid extracts for flavoring in 1892. The success of his business prompted Anthony to approach the Delaware and Hudson Railroad in the hope that a station of the Schenectady branch be located in Ushers. This he secured in 1882. The following year, Anthony contributed substantially to the development of a post office at Ushers. He established a private telegraph line between Ushers, Clifton Park, Round Lake and his factory. Anthony's contributions to the community were improvements that benefited many. The spice factory ceased operation in 1920. The two story factory buildings and farmhouse remain in Halfmoon, outwardly unchanged to the enjoyment and interest of passersby. (livingplaces.com)

Topics. This marker is included in this topic list: Industry & Commerce