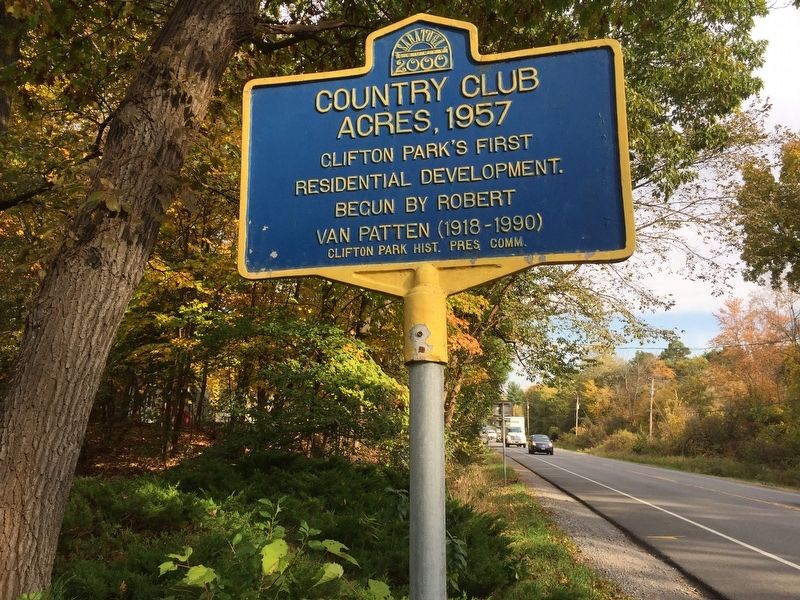 Topics. This historical marker is listed in this topic list: Settlements & Settlers. A significant historical year for this entry is 1957.

Location. 42° 51.971′ N, 73° 53.124′ W. Marker is in Rexford, New York, in Saratoga County. Marker is on New York State Route 146, on the right when traveling west. Marker is slightly before the intersection of NY146 and Fairway Lane. Touch for map. Marker is in this post office area: Rexford NY 12148, United States of America. Touch for directions. 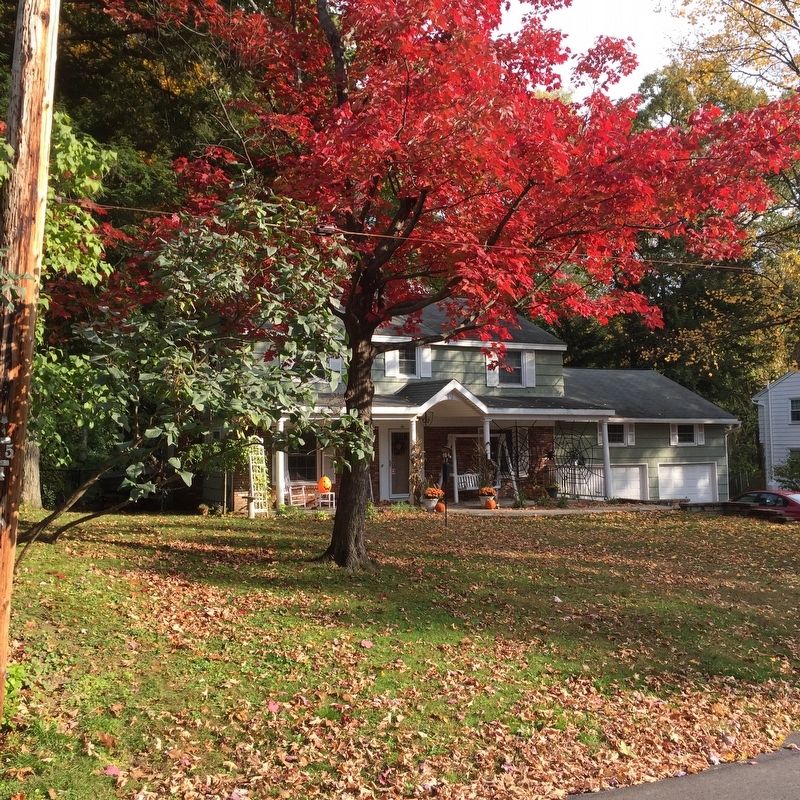 Photographed By Steve Stoessel, October 23, 2018
2. Typical Style of House in the Development

Click or scan to see
this page online
countyside north of the Mohawk River in 1957, and would eventually build more the 3500 homes in this southern Saratoga County town. Van Patten was the first to recognize the potential that access that the I-87 Adirondack Northway -being built concurrently with his homes - would provide to Schenectady-Albany-Troy Capital District area. Clifton Park was the first and eventually the largest of the suburban build-up around the Capital. In 1940, Clifton Park had 2300 residents. By 1970, it more than 15,000, and by 2010, was home to 37,707 people.