The Trail Drivers of Southwest Texas 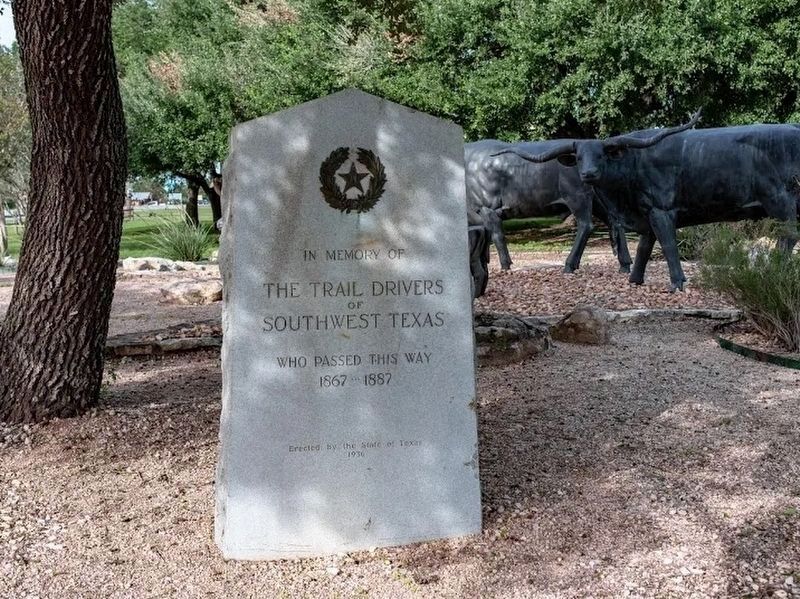 Erected by the State of Texas
1936

Topics and series. This historical marker is listed in this topic list: Industry & Commerce. In addition, it is included in the Texas 1936 Centennial Markers and Monuments series list. A significant historical year for this entry is 1867. 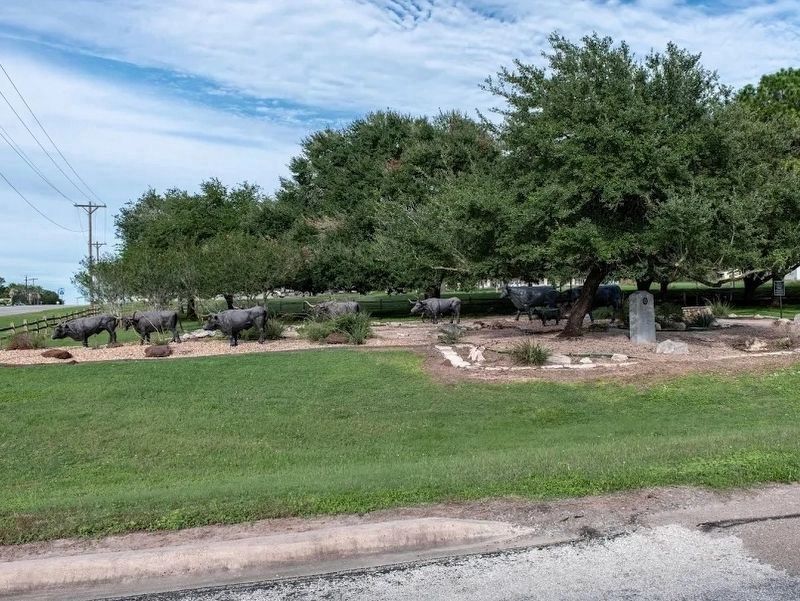 By Joe Lenihan, October 20, 2018
2. The Trail Drivers Marker
Next to the marker are statues of Texas Longhorn Cattle 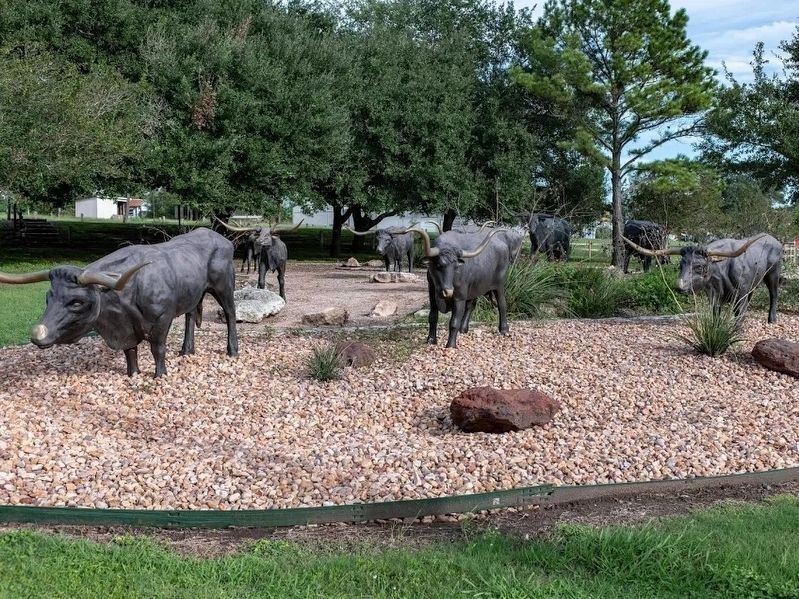