Will You Come to the Bower, Battle of San Jacinto 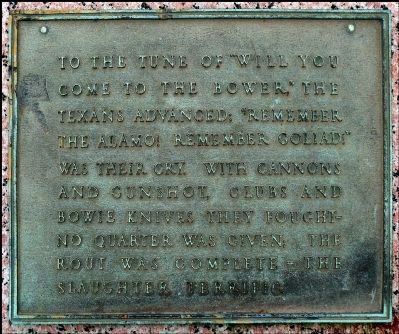 To the tune of “Will You Come to the Bower,” the Texans advanced; “Remember the Alamo! Remember Goliad!” was their cry. With cannons and gunshot, clubs and Bowie knives they fought — no quarter was given; the rout was complete — the slaughter terrific.

Other nearby markers. At least 8 other markers are within 2 miles of this marker, measured as the crow flies. Site of Battle of San Jacinto, 1836 (here, next 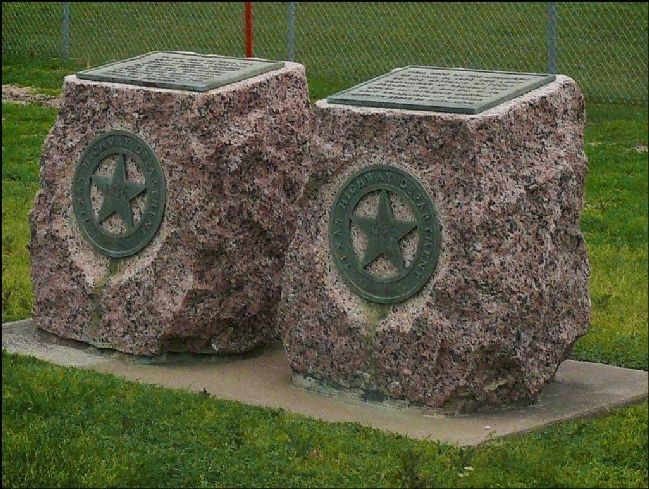 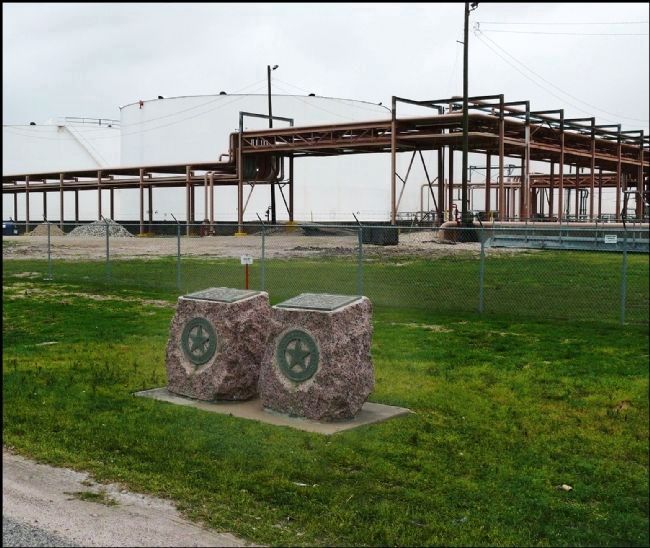