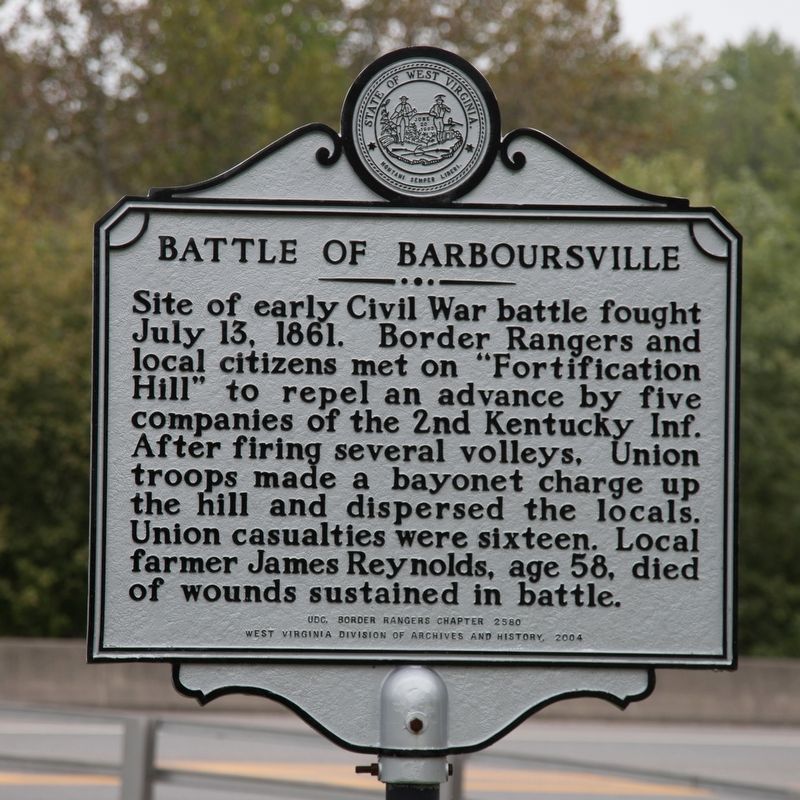 Photographed By J. J. Prats, September 29, 2018
1. Battle of Barboursville Marker
Inscription.
Battle of Barboursville. . , Site of early Civil War battle fought July 13, 1861. Border Rangers and local citizens met on “Fortification Hill” to repel an advance by five companies of the 2nd Kentucky Infantry. After firing several volleys, Union troops made a bayonet charge up the hill and dispersed the locals. Union casualties were sixteen. Local farmer James Reynolds, age 58, died of wounds sustained in battle. . This historical marker was erected in 2004 by UDG, Border Rangers Chapter 2580 and the West Virginia Division of Archives and History.. It is in Barboursville in Cabell County West Virginia

Erected 2004 by UDG, Border Rangers Chapter 2580 and the West Virginia Division of Archives and History.

Topics and series. This historical marker is listed in this topic list: War, US Civil. In addition, it is included in the West Virginia Archives and History series list. A significant historical date for this entry is July 13, 1861.

Other nearby markers. At least 8 other markers are within 5 miles of this marker, measured as the crow flies. Woody Williams Bridge (approx. 0.2 miles away); Barboursville 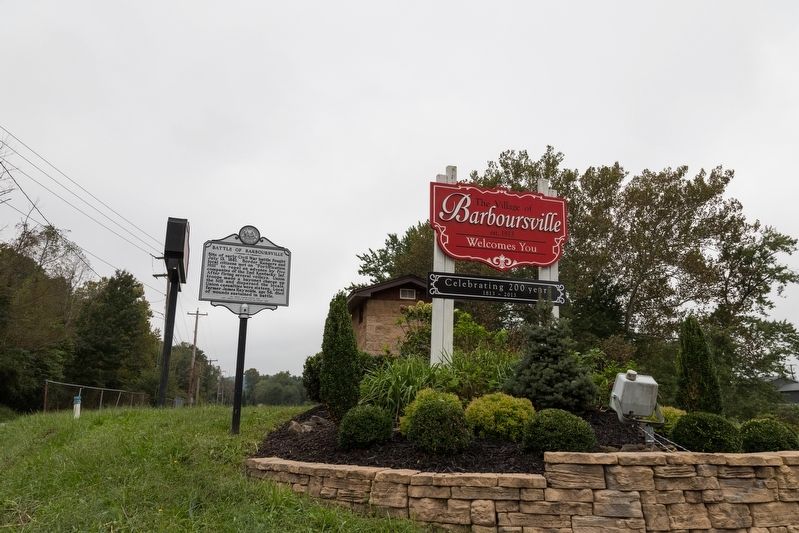 Also see . . .  History of Barboursville Community. Cabell County Doors to the past website entry:
1925 article by J. W. Miller at the West Virginia Archives and History. “One of the first battles of the Civil War was fought in Barboursville on July 11, 1861, between the Wayne and Cabell County militia under Colonel Ferguson, and the Second Kentucky under Colonel Woodruff. The militia could not stand up under the bayonet charge, and retreated in haste, leaving one dead, a Mr. Reynolds, from Milton, and Absolom Ballinger wounded. Federal loss, five killed and eighteen wounded. I though our Militia was well trained, but lost confidence in them when I watched them in action during this fight. Our second fight was on Main Street in September 1862 between the Eighth Virginia Cavalry 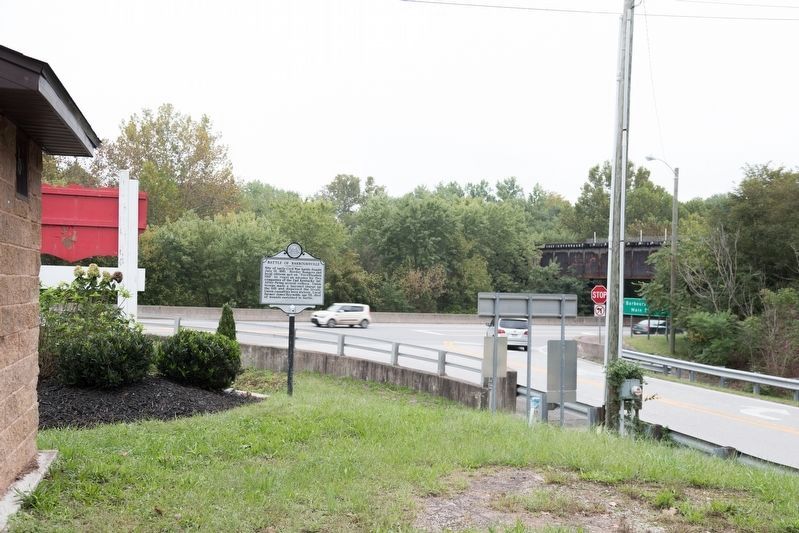