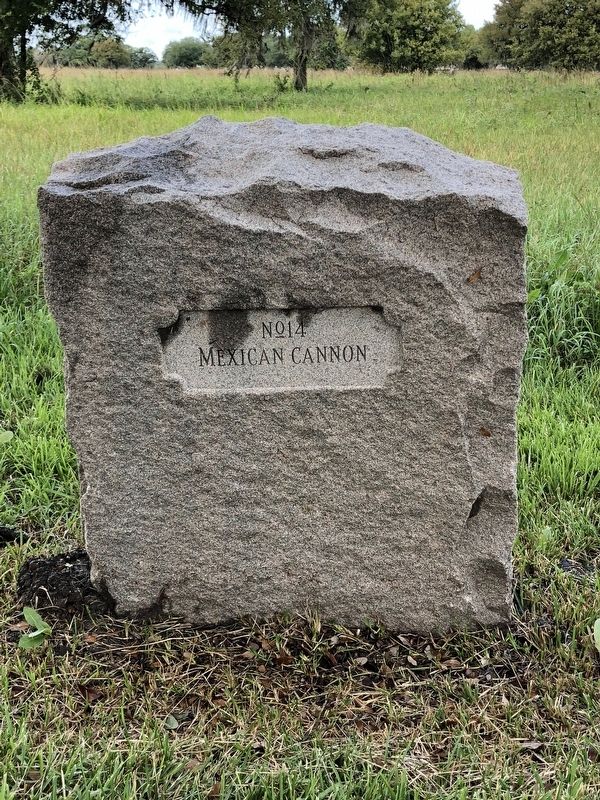 By Brian Anderson, November 4, 2018
1. Mexican Cannon Marker
Inscription.
Mexican Cannon. .
No 14 Mexican Cannon. . This historical marker was erected in 1912 by San Jacinto Chapter, Daughters of the Republic of Texas. It is Near La Porte in Harris County Texas

Erected 1912 by San Jacinto Chapter, Daughters of the Republic of Texas. (Marker Number 14.)

Location. 29° 44.834′ N, 95° 4.668′ W. Marker is near La Porte, Texas, in Harris County. Marker is on an unnamed Park Road, on the left when traveling west. Marker is located within the San Jacinto Battleground State Historic Site. Touch for map. Marker is at or near this postal address: 3523 Independence Parkway, La Porte TX 77571, United States of America. Touch for directions. 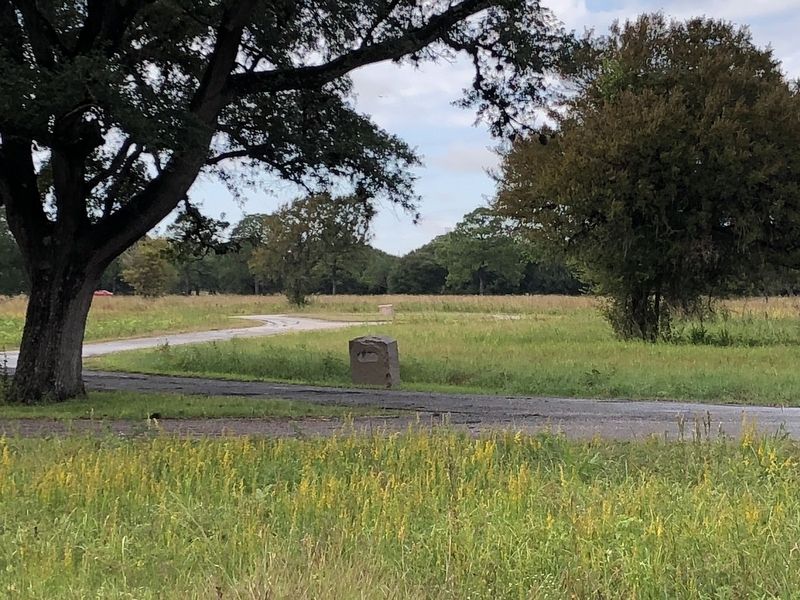 More about this marker. In 1912, the San Jacinto Chapter of the Daughters of the Republic of Texas placed a series of 20 stone markers to commemorate key points on the battlefield. This marker is number 14 in that series.