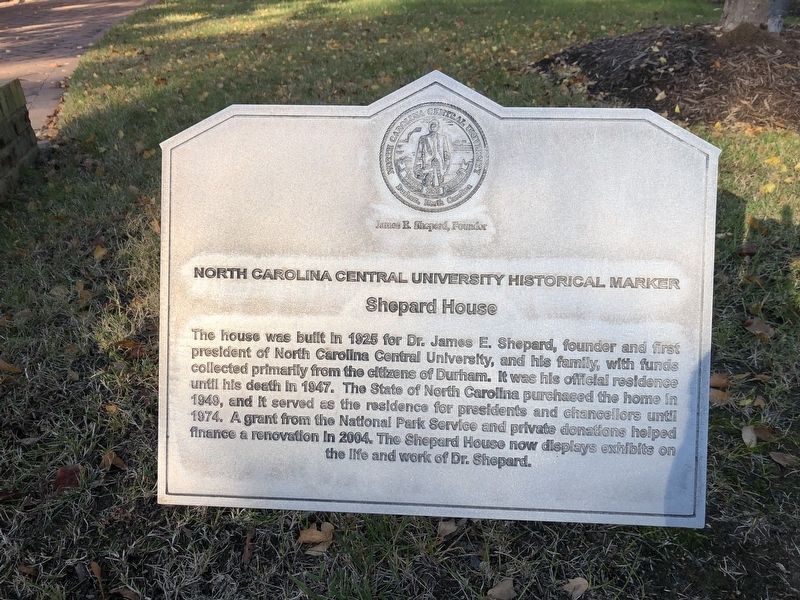 The house was built in 1925 for Dr. James E. Shepard, founder and first president of North Carolina Central University, and his family, with funds collected until his death in 1947. The State of North Carolina purchased the home in 1949, and it served as the residence for presidents and chancellors until 1974. A grant from the National Park Service and private donations helped finance a renovation in 2004. The Shepard House now displays exhibits on the life and work of Dr. Shepard.

Topics and series. This historical marker is listed in these topic lists: African Americans • Education. In addition, it is included in the Historically Black Colleges and Universities 🎓 series list.

Other nearby markers. At least 8 other markers are within one mile of this marker 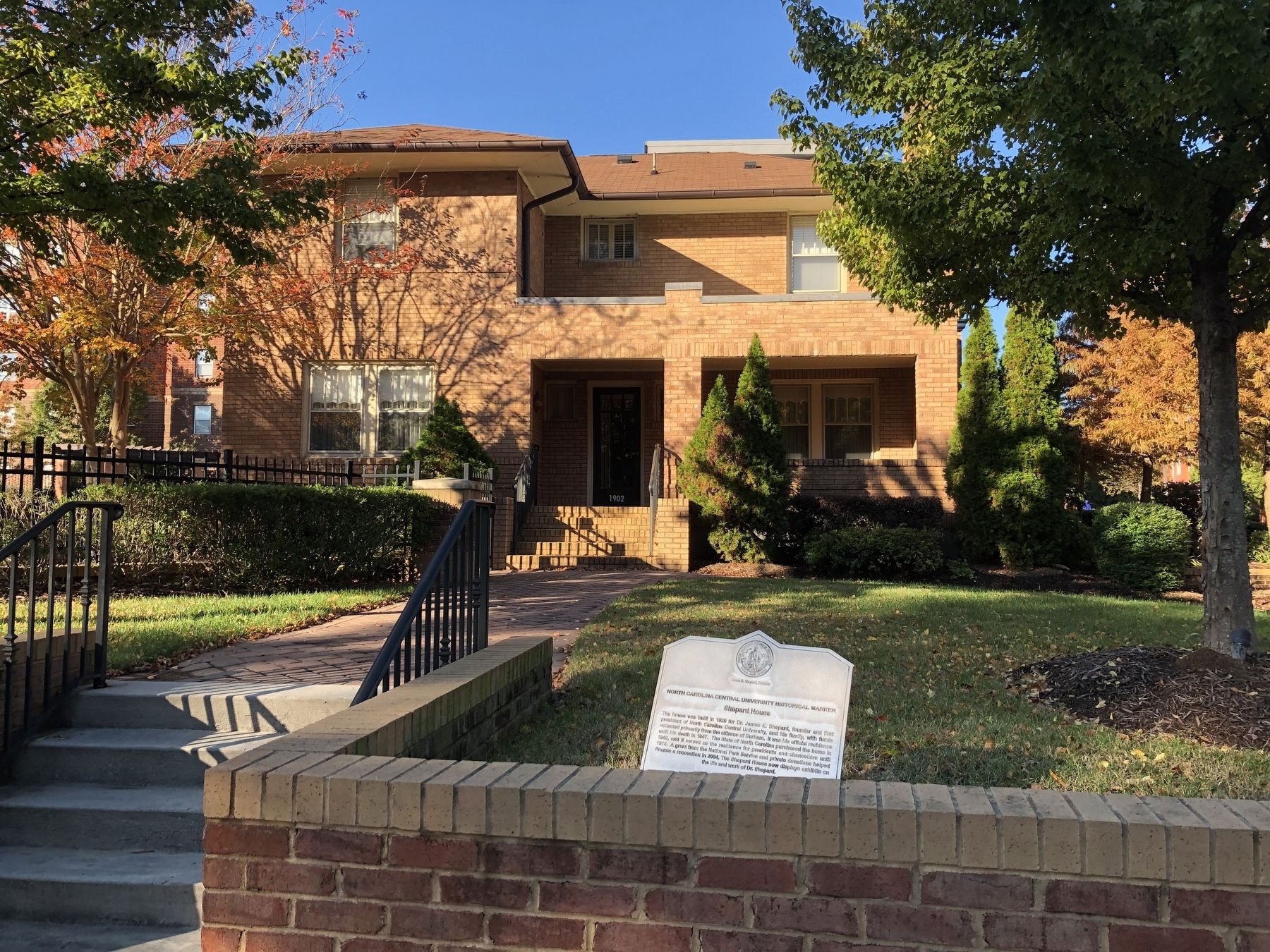