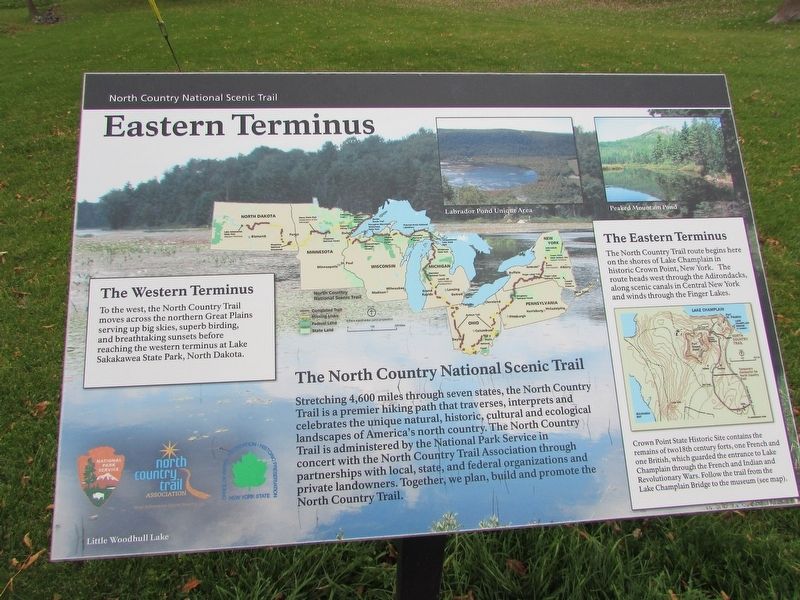 The Eastern Terminus
The North Country Trail route begins here on the shores of Lake Champlain in Historic Crown Point, New York. The route heads west through the Adirondacks, along scenic canals in Central New York, and winds through the Finger Lakes. 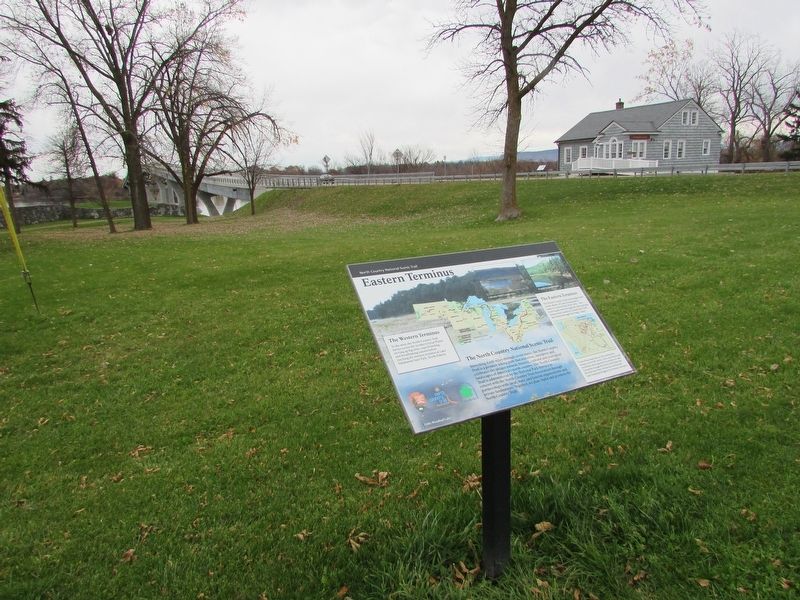 By Bill Coughlin, November 9, 2018
2. Eastern Terminus Marker
forts, one French and one British, which guarded the entrance to Lake Champlain through the French and Indian and Revolutionary Wars. Follow the trail from the Lake Champlain Bridge to the museum (see map).

More about this marker. The top of the marker contains a map of the North Country Trail from North Dakota to New York State. Pictures of some sites along the trail, including Labrador Pond Unique Area and Peaked Mountain Pond.