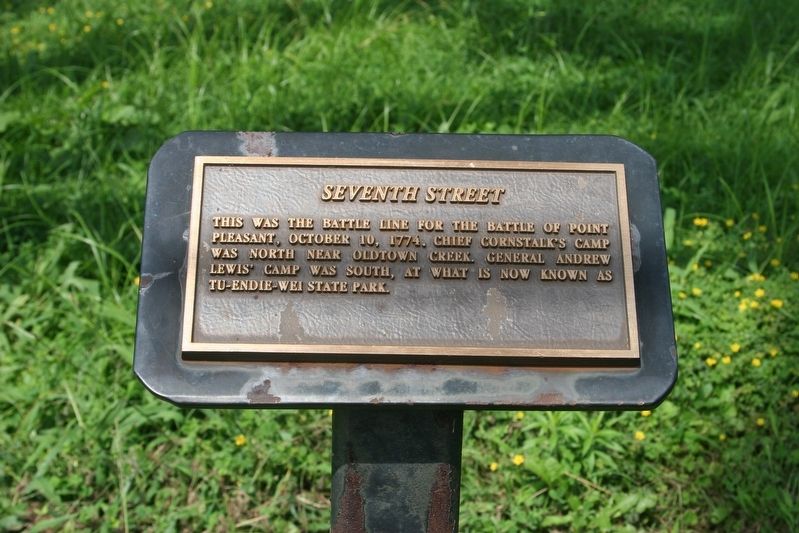 This was the battle line for the Battle of Point Pleasant, October 10, 1774. Chief Cornstalk's camp was north near Oldtown Creek. General Andrew Lewis' camp was south, at what is now known as Tu-Endie-Wei State Park.

Topics. This historical marker is listed in these topic lists: Colonial Era • War, US Revolutionary. A significant historical date for this entry is October 10, 1774. 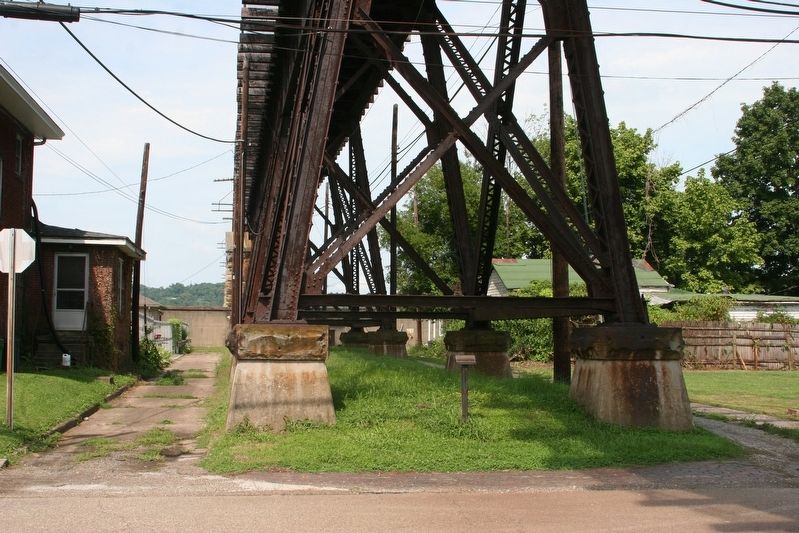 Photographed By J. Wesley Baker, August 11, 2017
2. Seventh Street Marker
The small marker can be seen centered between the supports for the railroad trestle under which it is located.

More about this marker. The marker is located under the railroad trestle.

Regarding Seventh Street. The marker indicates the battle line of the Battle of Point Pleasant. There is no indication on the small marker who sponsored its placement.