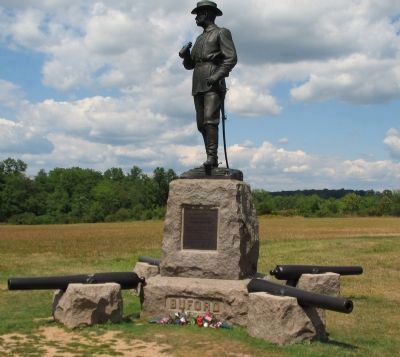 Photographed By Craig Swain, August 16, 2008
1. Buford Monument
The statue was sculpted by James Kelly. The four guns at the base are all 3-inch Ordnance Rifles of the type used by Calef's Battery (A Battery, 2nd U.S. Artillery). The registry numbers for the pieces are 233 (first shot gun), 244, 632, and 756. The later two were produced in 1864, after the battle.
Inscription.
Buford. . (Front):
In Memory of Major General John Buford Comdg. 1st Div. Cav. Corps Army of the Potomac who with the first inspiration of a cavalry officer selected this battlefield July 1st. 1863.. (Back):
From this crest was fired the opening gun of the battle: one of the four cannon at the base of this memorial.. . This historical marker was erected in 1892. It is in Cumberland Township in Adams County Pennsylvania

(Front):
In Memory of
Major General
John Buford
Comdg. 1st Div. Cav. Corps
Army of the Potomac
who with the
first inspiration of
a cavalry officer
selected this battlefield
July 1st. 1863.
(Back):
From this crest
was fired
the opening gun
of the battle:
one of the four
cannon
at the base of
this memorial.

Location. 39° 50.277′ N, 77° 15.099′ W. Marker is in Cumberland Township, Pennsylvania, in Adams County. Marker is at the intersection of Chambersburg Pike (U.S. 30) and Stone Avenue, on the right when traveling west on Chambersburg Pike. Located near the McPherson Barn in Gettysburg National Military Park. Touch for map. Marker is in this post office area: Gettysburg PA 17325, United States of America. Touch for directions. 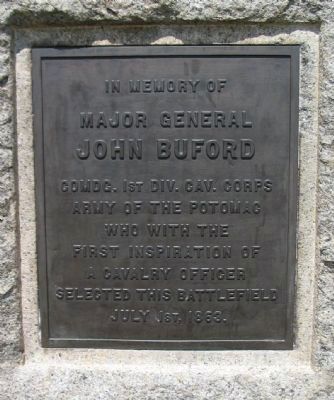 Also see . . .  Report of Brig. Gen. John Buford. Of the first day actions, Buford would write:
On July 1, between 8 and 9 a.m., reports came in from the First Brigade (Colonel Gamble's) that the enemy was coming down from toward Cashtown in force. Colonel Gamble made an admirable line of battle, and moved off proudly to meet him. The two lines soon became hotly engaged, we having the advantage of position, he of numbers. The First Brigade held its own for more than two hours, and had to be literally dragged back a few hundred yards to a position more secure and better sheltered. Tidball s battery, commanded by Lieutenant Calef, Second U.S. Artillery, fought on this occasion 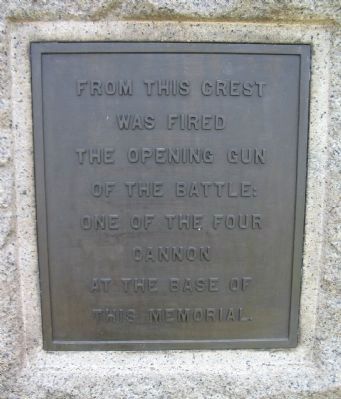 Photographed By Craig Swain, August 16, 2008
3. Back Inscription
as is seldom witnessed. At one time the enemy had a concentric fire upon this battery from twelve guns, all at short range. Calef held his own gloriously, worked his guns deliberately with great judgment and skill, and with wonderful effect upon the enemy. The First Brigade maintained this unequal contest until the leading division of General Reynolds' corps came up to its assistance, and then most reluctantly did it give up the front. A portion of the Third Indiana found horse-holders, borrowed muskets, and fought with the Wisconsin regiment that came to relieve them. While this left of my line was engaged, Devin's brigade, on the right, had its hands full The enemy advanced upon Devin by four roads, and on each was checked and held until the leading division of the Eleventh Corps came to his relief. (Submitted on October 19, 2008, by Craig Swain of Leesburg, Virginia.) 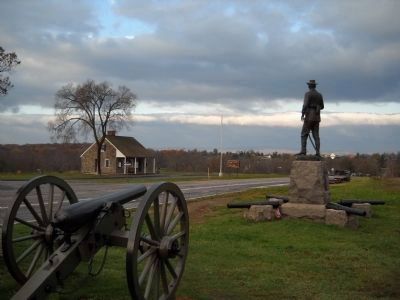 Photographed By Bill Coughlin, November 5, 2010
4. Buford Statue in Gettysburg
Gen. John Buford looks out over the Chambersburg Pike, in the direction of the Confederate advance on July 1, 1863. 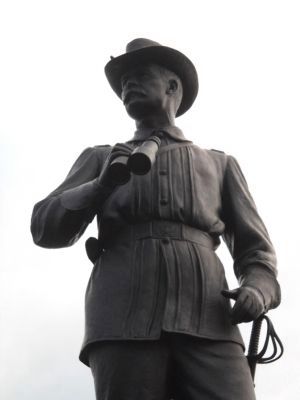 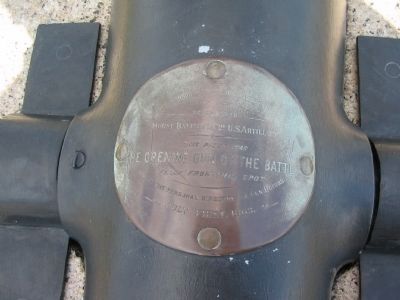 Photographed By Craig Swain
6. Gun That Fired the First Shot
The four cannon guarding the base of the statue
belonged to
Horse Battery "A" 2nd U.S. Artillery
This piece was
the opening gun of the battle
fired from this spot
under the personal direction of Gen. Buford.
July First, 1863. 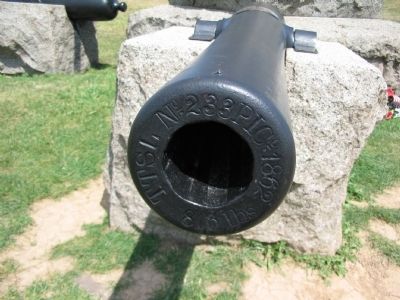 Photographed By Craig Swain
7. Muzzle of the "First Shot" Gun
Not often can a specific gun be traced back to a specific event. In this case Lt. Calef was able to identify the gun by the registry number. The number and other information is still legible today on the muzzle. No. 233 - PICo. - 1862 - 816 lbs. - TTSL. Translated this indicates registry number 233, produced by the Phoenix Iron Company, in 1862, weighing 816 pounds, inspected by Theodore Thadeus Sobieski Laidley. 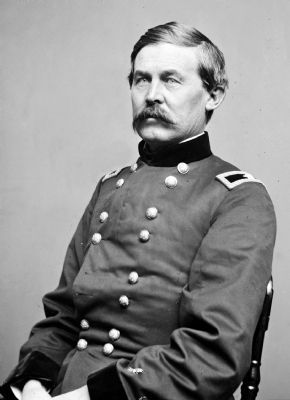 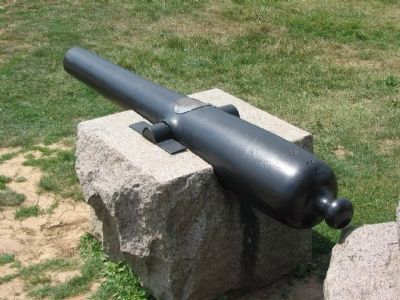 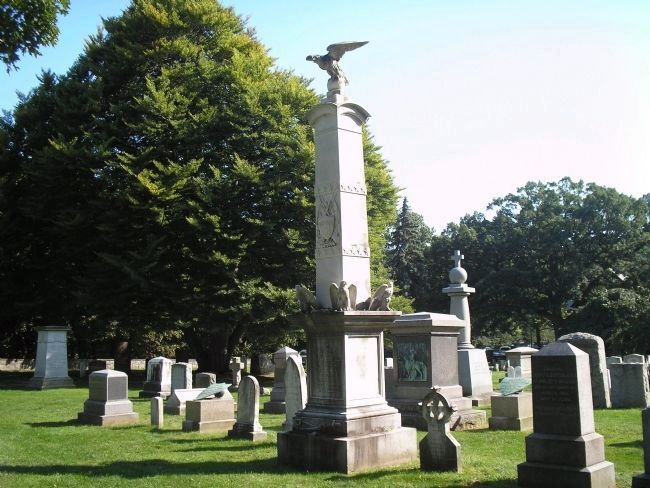