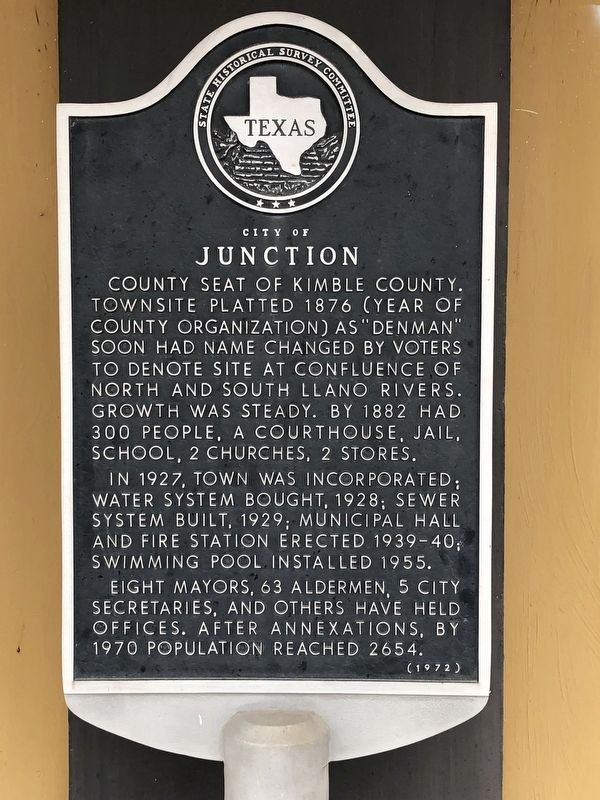 County seat of Kimble County. Townsite platted 1876 (year of county organization) as "Denman" Soon had named changed by voters to denote site at confluence of North and South Llano Rivers. Growth was steady. By 1882 had 300 people, a courthouse, jail, school, 2 churches, 2 stores.

Eight mayors, 63 alderman, 5 city secretaries, and others have held offices. After annexations, by 1970 population reached 2654.

Topics. This historical marker is listed in this topic list: Settlements & Settlers. A significant historical year for this entry is 1876. 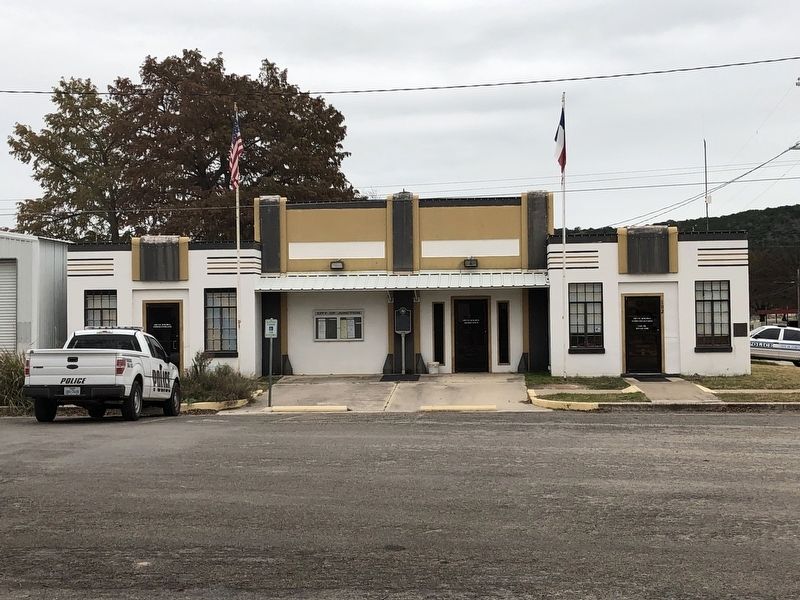 By Brian Anderson, November 21, 2018
2. City of Junction Marker
Marker is located in front of the 1940 Municipal Building (now houses the Junction Police Department).