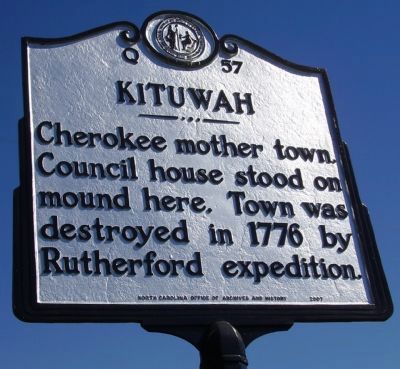 Photographed By Stanley and Terrie Howard, October 19, 2008
1. Kituwah Marker
Inscription.
Kituwah. . Cherokee mother town. Council house stood on mound here. Town was destroyed in 1776 by Rutherford expedition. . This historical marker was erected in 2007 by North Carolina Office Of Archives and History. It is in Bryson City in Swain County North Carolina

Topics and series. This historical marker is listed in these topic lists: Native Americans • Settlements & Settlers • War, US Revolutionary. In addition, it is included in the North Carolina Division of Archives and History series list. A significant historical year for this entry is 1776. 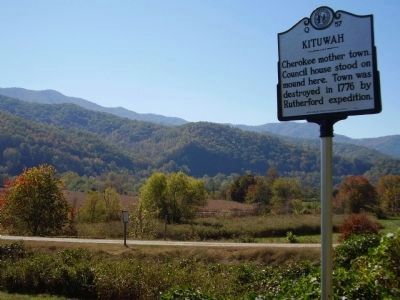 Also see . . .  Kituwah "Mother City". “Kituwa is the site of an ancient earthwork mound. Despite having been burned repeatedly by the Cherokee for agriculture during the colonial period and plowed over for corn cultivation since Indian Removal in the 1830s, the mound is still visible. During the period of European-American agricultural uses, the larger property was called Ferguson’s Field. The mound is 170 feet (52 m) in diameter and five feet tall, although it was once taller. It was the foundation of a structure which housed the sacred flame of the Cherokee, which was to be kept burning at all times.” (Submitted on October 17, 2010, by Tom Gillard of Tullahoma, Tennessee.) 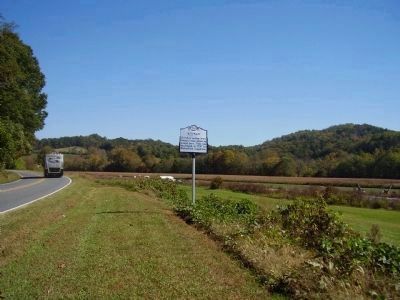 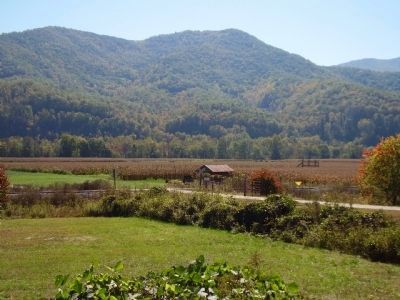 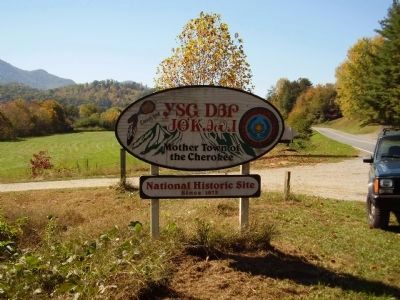