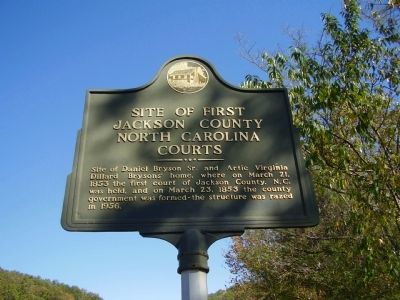 Site of Daniel Bryson Sr. and Artic Virginia Dillard Brysons' home, where on March 21, 1853 the first court of Jackson County, N.C. was held, and on March 23, 1853 the county government was formed-the structure was razed in 1956

Topics. This historical marker is listed in these topic lists: Government & Politics • Landmarks. A significant historical month for this entry is March 1935. 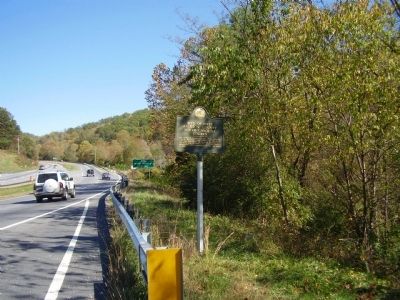