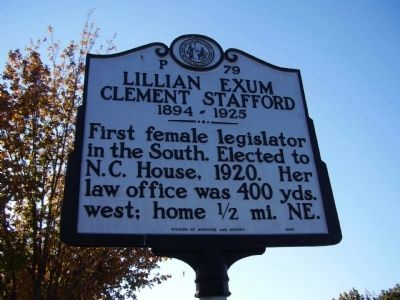 Erected 1999 by Division of Archives and History. (Marker Number P 79.)

Topics and series. This historical marker is listed in these topic lists: Government & Politics • Women. In addition, it is included in the North Carolina Division of Archives and History series list. A significant historical year for this entry is 1920. 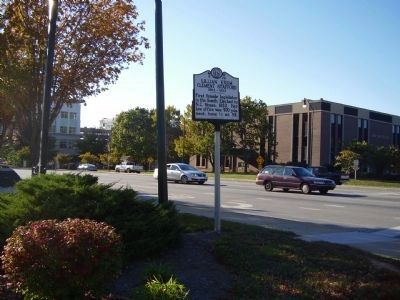 Additional commentary.
1. Birth year to be corrected.
It appears that Lillian Exum Clement fudged her age to make herself younger. Her actual birth year is 1886, not 1894.
— Submitted June 7, 2017, by Mark Hilton of Montgomery, Alabama. 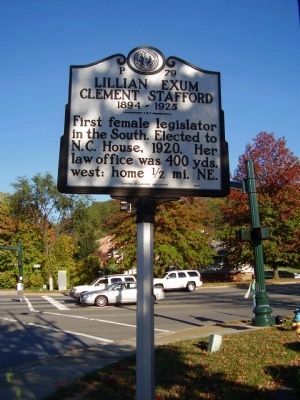