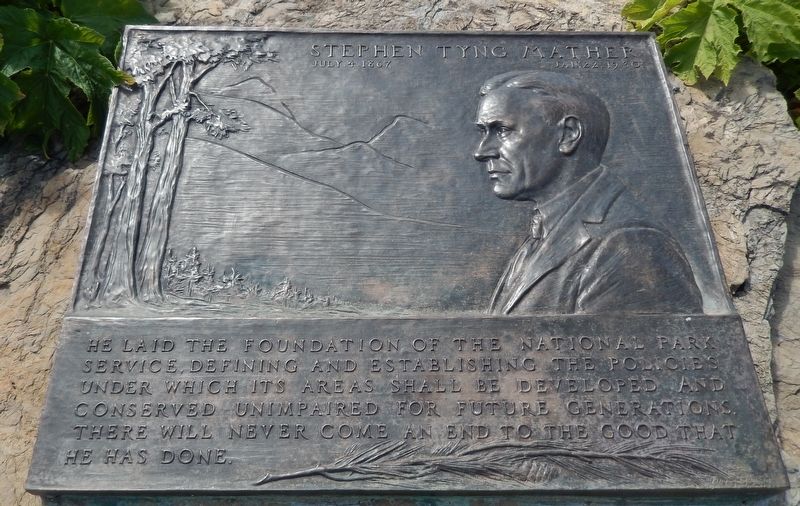 By Cosmos Mariner, August 7, 2015
1. Stephen Tyng Mather Marker
Inscription.
Stephen Tyng Mather. July 4, 1867 - Jan 22, 1930. He laid the foundation of the National Park Service, defining and establishing the policies under which its areas shall be developed and conserved unimpaired for future generations. There will never come an end to the good that he has done. . This historical marker was erected by National Park Service. It is Near Browning in Glacier County Montana

He laid the foundation of the National Park Service, defining and establishing the policies under which its areas shall be developed and conserved unimpaired for future generations. There will never come an end to the good that he has done.

Topics and series. This historical marker is listed in this topic list: Parks & Recreational Areas. In addition, it is included in the Stephen Tyng Mather 🏞️ series list.

Location. 48° 41.74′ N, 113° 43.062′ W. Marker is near Browning, Montana, in Glacier County. Marker can be reached from Going-To-The-Sun Road 18 miles west of U.S. 89. Marker is located at Glacier National Park's Logan Pass Visitor Center, near the west side of the parking lot, beside the sidewalk, at the base of the main staircase leading up to the Visitor Center entrance. Touch for map. Marker is in this post office area: Browning MT 59417, United States of America. Touch for directions.

Other nearby markers. At least 8 other markers are within 10 miles of this marker, measured as the crow flies. Horns (within shouting distance of this marker); Choosing a Route 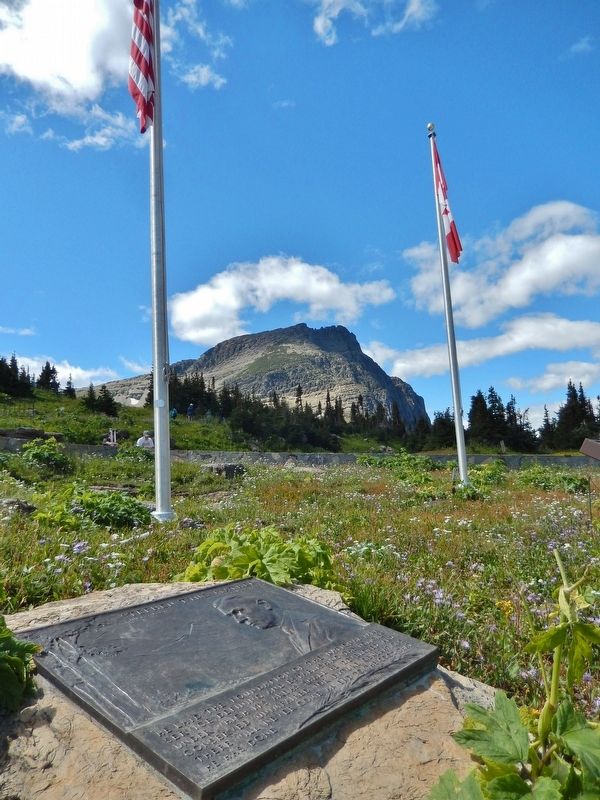 More about this marker. Marker is a large metal plaque mounted horizontally at ground level on a large flat stone.

Also see . . .  Stephen Tyng Mather. American Academy for Park and Recreation Administration Pugsley Award biography:
He was the founding director of the National Park Service in 1916. Prior to his involvement with NPS, he was an influential industrialist who had become personally wealthy from his involvement with Twenty Mule Team Borax. Mather was a dedicated conservationist, a member of the Sierra Club, and friend and admirer of John Muir; and an avid mountain climber. On a trip through Sequoia and Yosemite National Parks in 1914 he was shocked by the conditions he found. Mather wrote Secretary Franklin Lane a highly critical report on the mismanagement of the national parks. He and Lane were friends from their student days at the University of California. Quite succinctly Lane responded, "Dear Steve: If you don't like the way the national parks are run, why don't you come on down to Washington and run them yourself." (Submitted on December 19, 2018, by Cosmos Mariner of Cape Canaveral, Florida.) 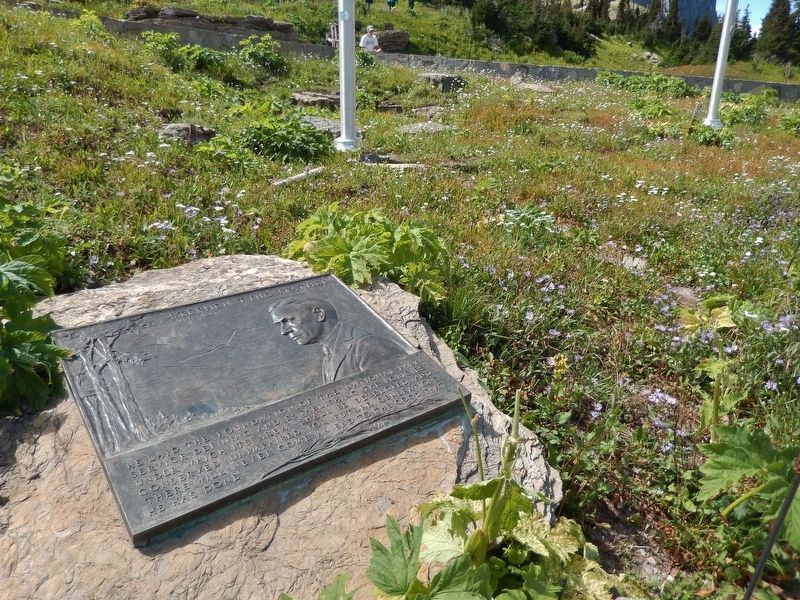 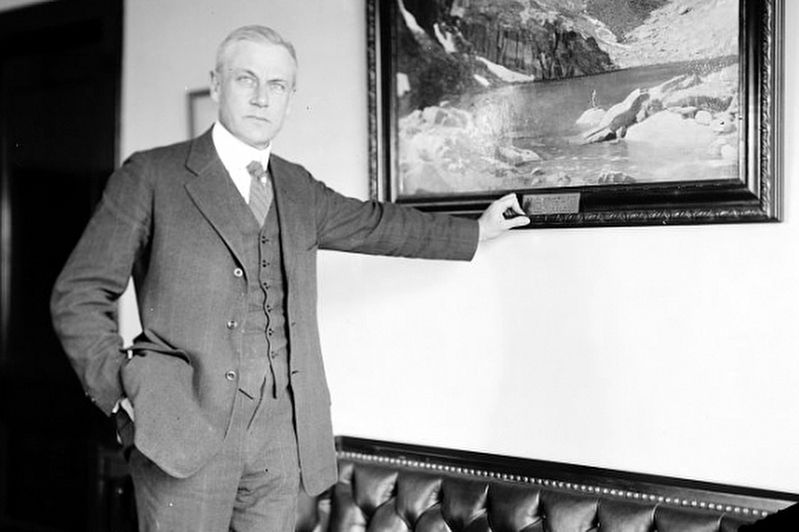