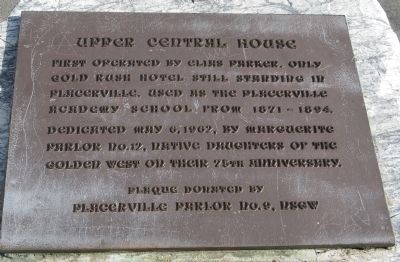 First operated by Elias Parker, only Gold Rush hotel still standing in Placerville. Used as the Placerville Academy School from 1871 – 1894. Dedicated May 6, 1962, by Marguerite Parlor No.12, Native Daughters of the Golden West on their 75th anniversary.

Topics and series. This historical marker is listed in these topic lists: Education • Industry & Commerce • Notable Buildings. In addition, it is included in the Native Sons/Daughters of the Golden West series list. 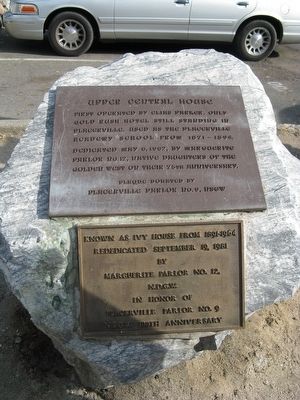 Additional commentary.
1. Building No Longer Standing
The site of the Ivy House hotel, so named because of the Ivy covered facade. The first hotel, the Central House, was built on this site in 1864. At this site also was the Placerville Academy. The Ivy House was torn down in 1964 when it was deemed too fragile to save. Source: Placerville Walking Tour
— Submitted October 20, 2008, by Syd Whittle of Mesa, Arizona. 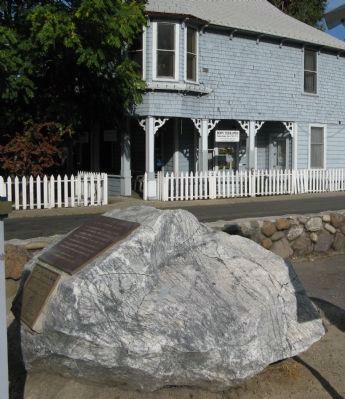 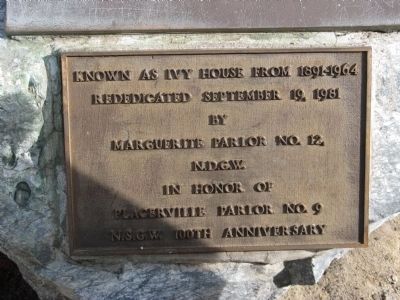 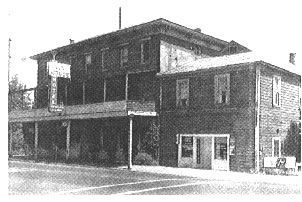 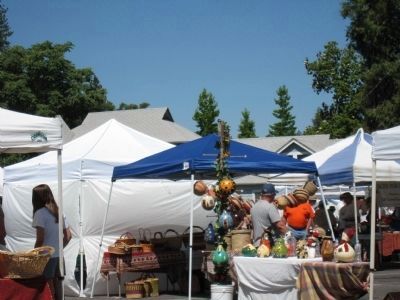