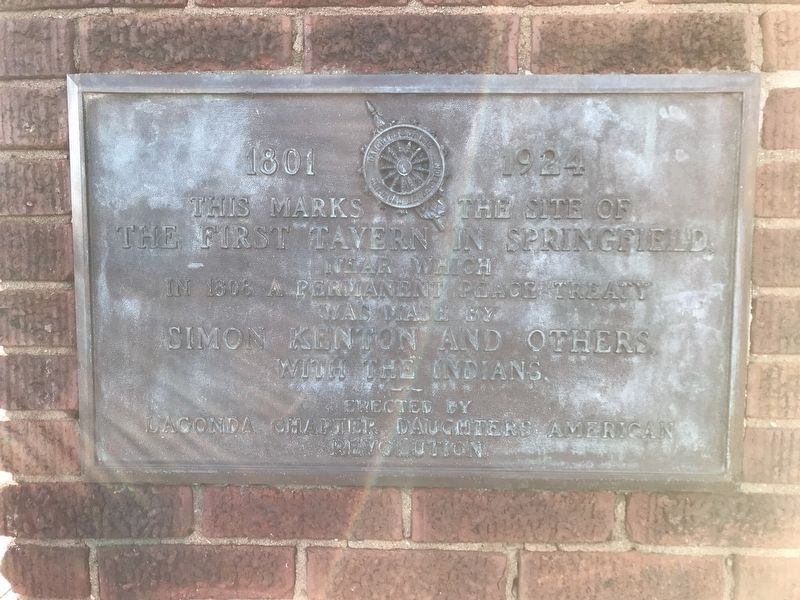 
Erected 1924 by Daughters of the American Revolution Lagonda Chapter.

Topics and series. This historical marker is listed in these topic lists: Native Americans • Peace • Settlements & Settlers. In addition, it is included in the Daughters of the American Revolution (DAR) series list. A significant historical year for this entry is 1808.

Location. 39° 55.461′ N, 83° 48.414′ W. Marker is in Springfield, Ohio, in Clark County. Marker is at the intersection of E Main Street (U.S. 40) and S Spring Street (Ohio Route 72), on the left when traveling west on E Main Street. The marker is located at the lower left corner of the front facade of Champion City Guide and Supply, a Chamber of Commerce store located in the old Tuttle Brothers Auto Supplies Store (the sign for which still hangs out front). Touch for map. Marker is at or near this postal address: 137 E Main Street, Springfield OH 45502, United States of America. Touch for directions. 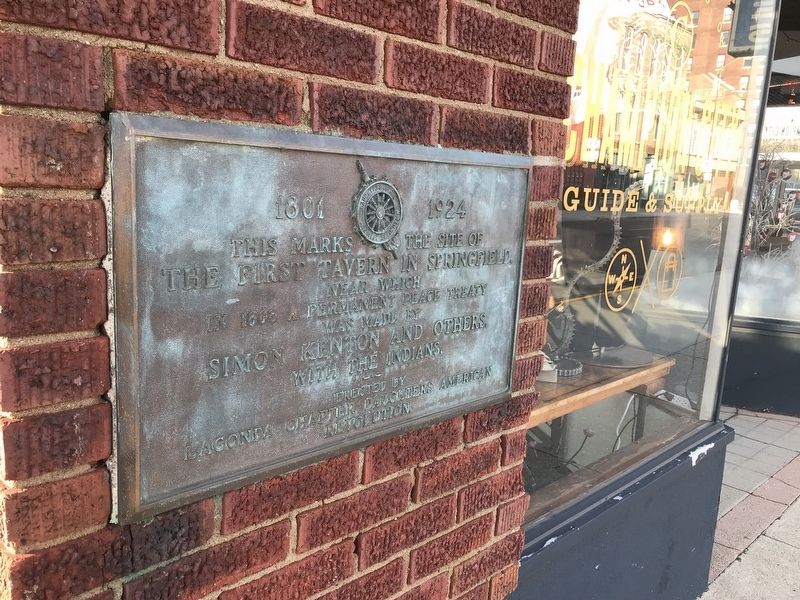 Photographed By J. Wesley Baker, December 17, 2018
2. First Tavern in Springfield Marker
Since the marker does not get any direct sunlight, this view from an angle makes the text easier to read. 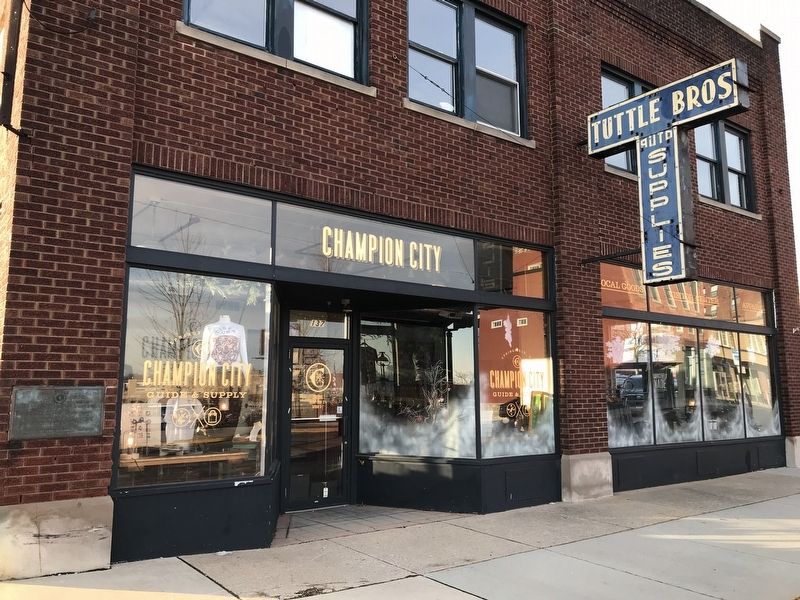 Photographed By J. Wesley Baker, December 17, 2018
3. Marker on the store front
The marker is on the corner of the building, to the left of the display window of what is now the Champion City Guide and Supply store, run by the local Chamber of Commerce. 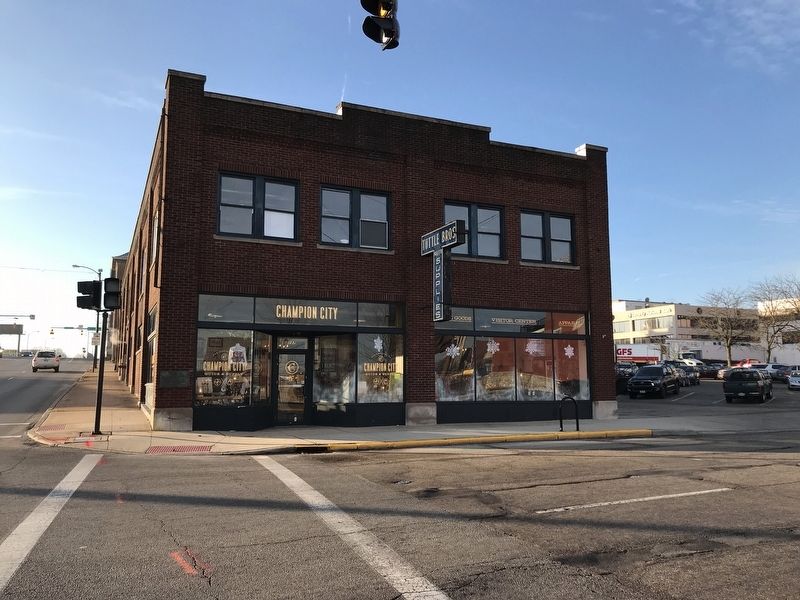