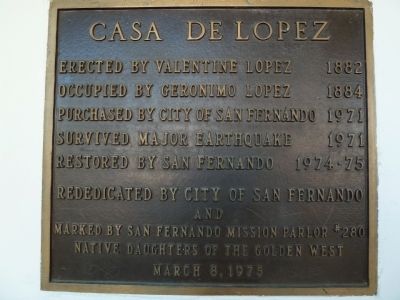 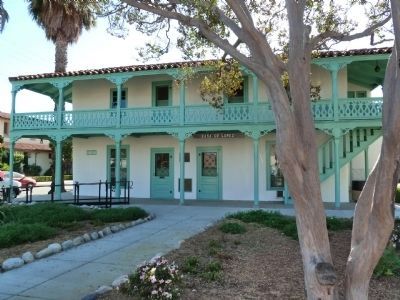 Regarding Casa de Lopez. In 1861, Geronimo and Catalina Lopez built their first home two miles west of here, where they operated a stage station, general store, school, and post office. In 1882 they built this adobe, which was the first two-story adobe residence in the San Fernando Valley. It remained in the Lopez family until 1971. Today, Lopez Adobe is a museum, open on the fourth Sunday of each month from 1-4.

Related marker. Click here for another marker that is related to this marker. — Lopez Station. 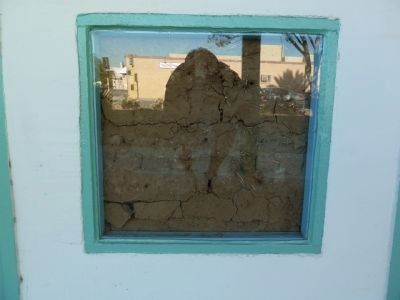 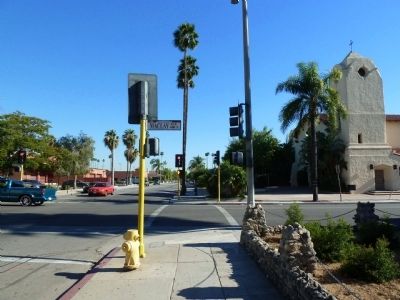 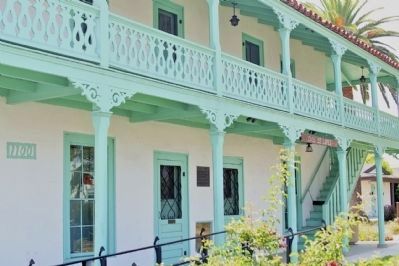 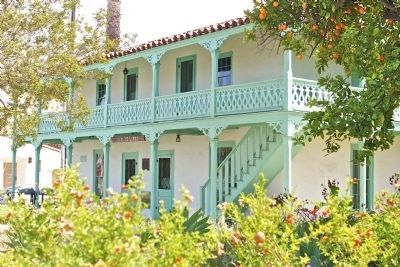