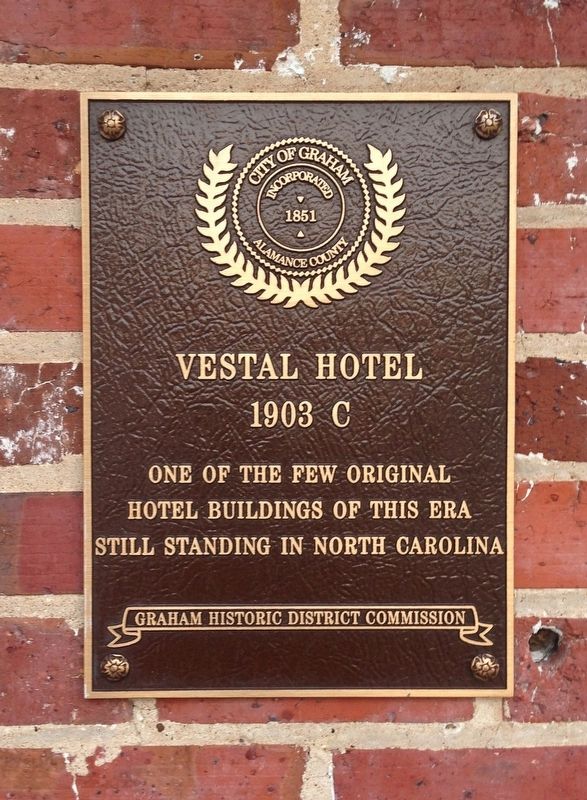 By Patrick G. Jordan, June 27, 2016
1. Vestal Hotel Marker
Inscription.
Vestal Hotel. 1903 C. One of the few original hotel buildings of this era still standing in North Carolina . This historical marker was erected by Graham Historic District Commission. It is in Graham in Alamance County North Carolina 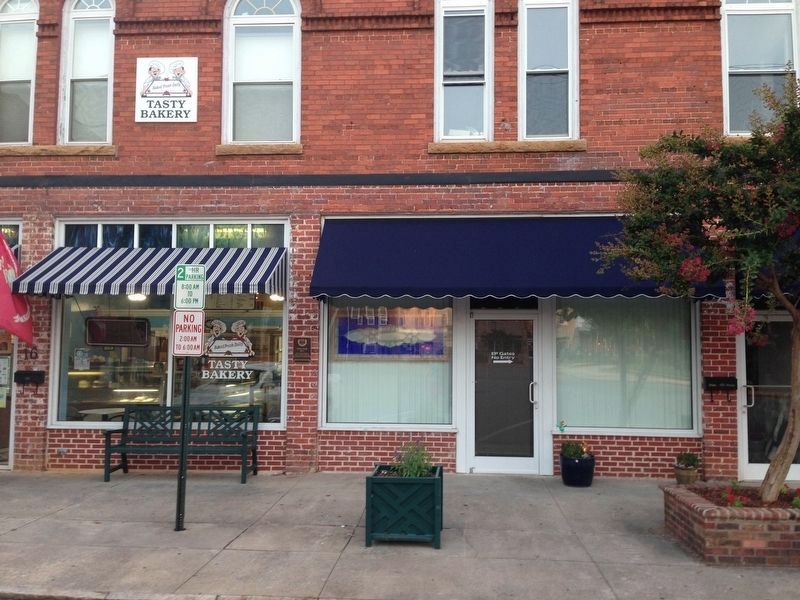 Regarding Vestal Hotel. William Sherman Vestal purchased a lot on the northeast corner of court square and built the Vestal Building. Several tenants occupied the building including an office for the mayor of Graham. A hotel was built on the remaining land. The hotel opened in January 1903 and burned to the ground in July of the same year. The hotel was quickly rebuilt by the current structure. The new hotel had 17 rooms, its own water system, a large office, and parlor. Judges and out-of-town lawyers used the hotel during court sessions. The hotel closed in 1928. 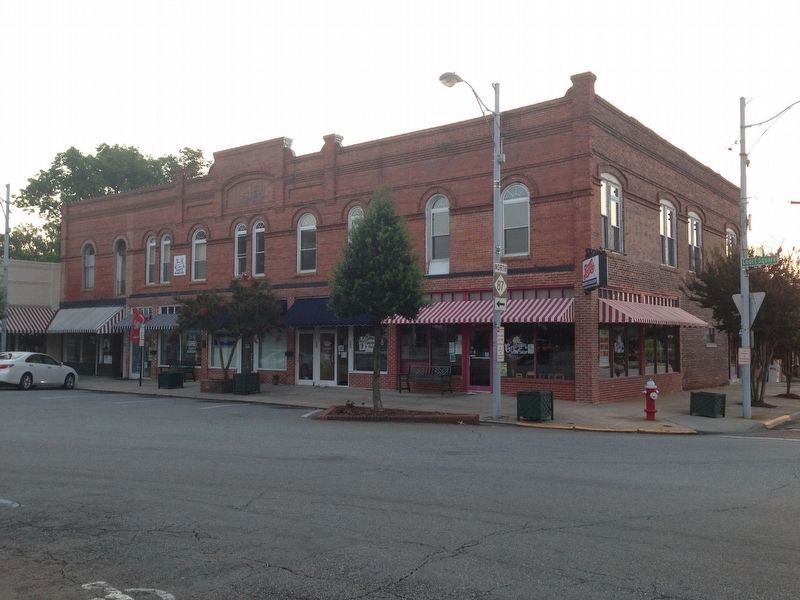 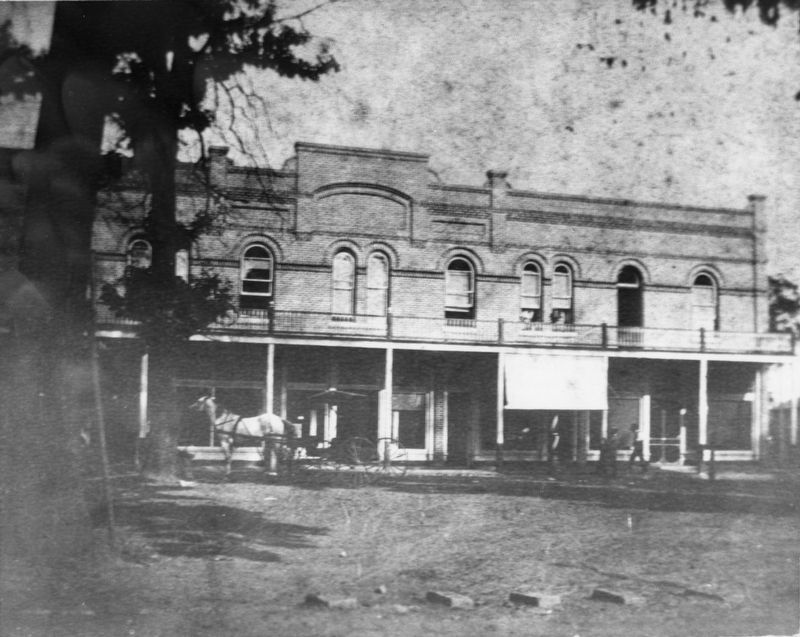 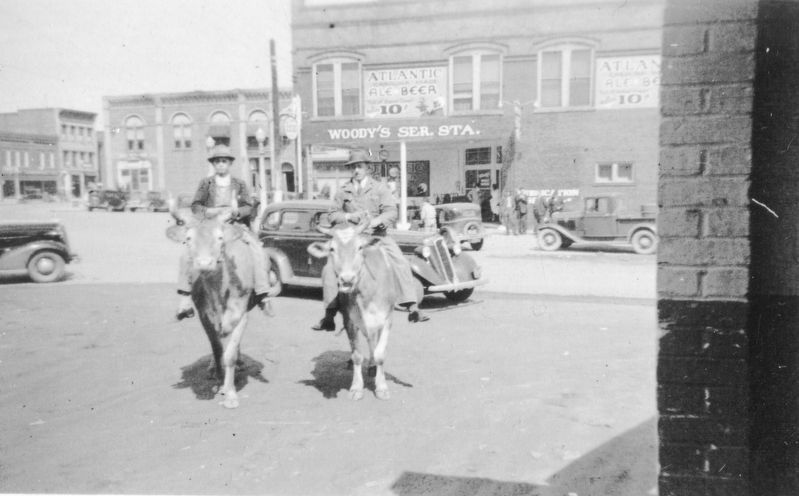