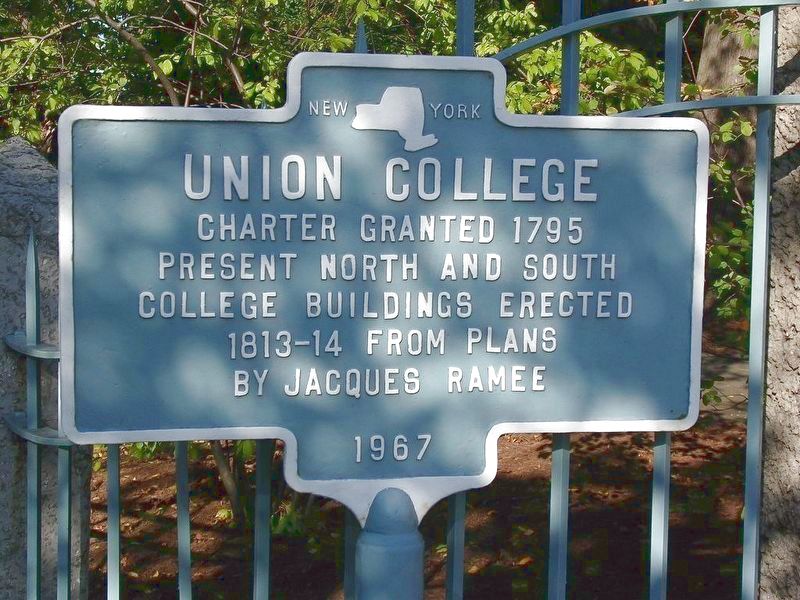 Topics. This historical marker is listed in these topic lists: Architecture • Education. A significant historical year for this entry is 1795.

Other nearby markers. At least 8 other markers are within walking distance of this marker. Mother Of Fraternities (here, next to this marker); John Howard Payne (about 300 feet away, measured in a direct line); Walnut Grove (about 400 feet away); Nott Terrace High School (about 400 feet away); Revolutionary Hospital & Continental Barracks (approx. 0.2 miles away); The RS-3 Diesel-Electric Locomotive (approx. 0.2 miles away); a different marker also named Nott Terrace High School (approx. ¼ mile away); Nott Memorial (approx. ¼ mile away). Touch for a list and map of all markers in Schenectady. 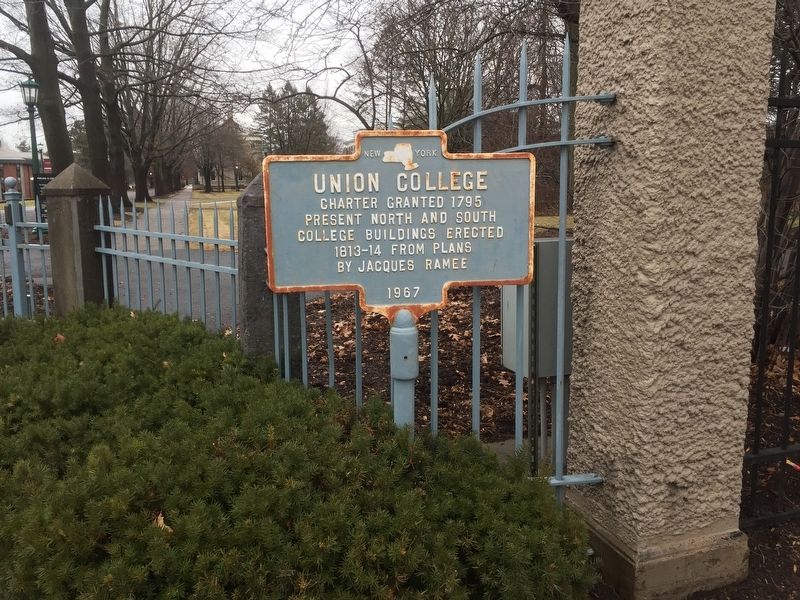 Click or scan to see
this page online
Union College was the first non-denominational college in the United States. Union has many distinguished alumni including Chester Arthur, 21st President, William Seward, State of State under Lincoln, many congressmen, and presidents and founders of other universities. Jimmy Carter attended graduate school in the 1950’s. George Westinghouse- inventor of the air brake -attended Union for a semester.