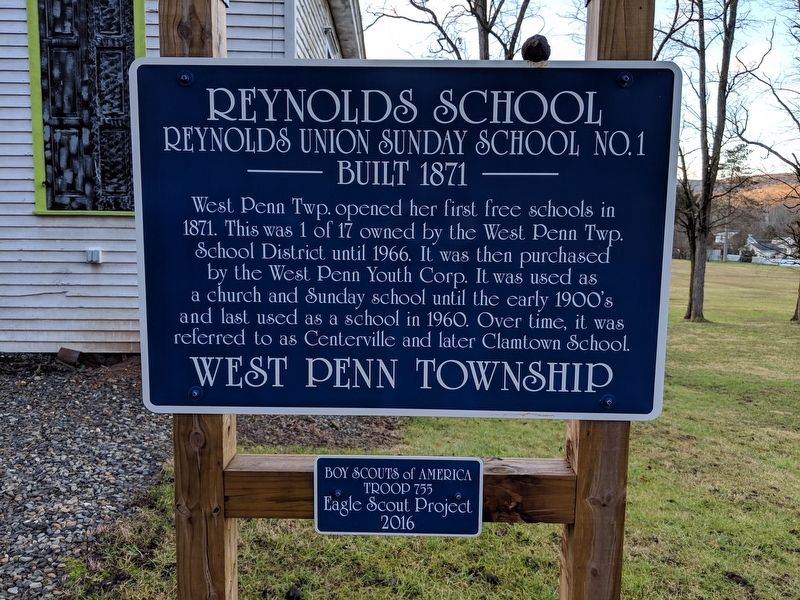 By Mike Wintermantel, January 5, 2019
1. Reynolds School Marker
Inscription.
Reynolds School. Reynolds Union Sunday School No. 1. West Penn Township opened her first free schools in 1871. This was 1 of 17 owned by the West Penn Twp. School District until 1966. It was then purchased by the West Penn Youth Corp. It was used as a church and Sunday school until the early 1900's and last used as a school in 1960. Over time, it was referred to as Centerville and later Clamtown School. . West Penn Township . This historical marker was erected in 2016 by Boy Scouts of America, Troop 755, Eagle Scout Project. It is in New Ringgold in Schuylkill County Pennsylvania 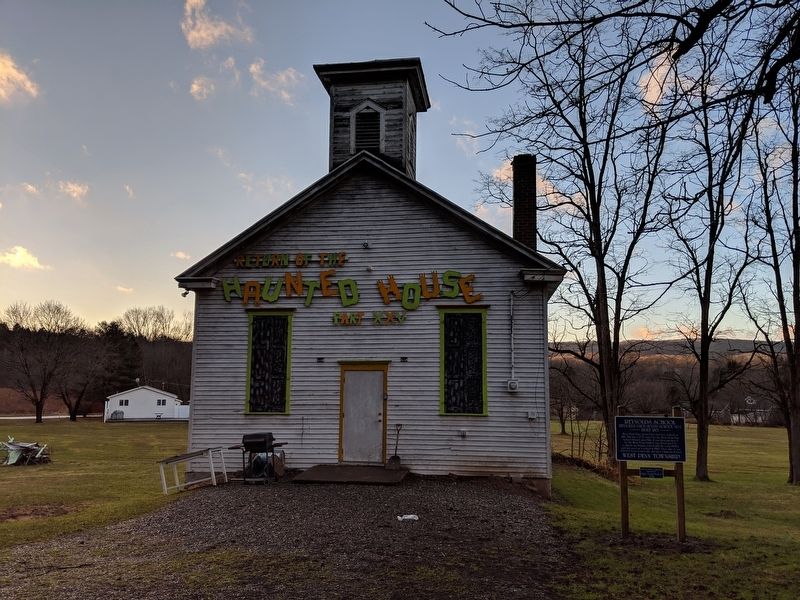