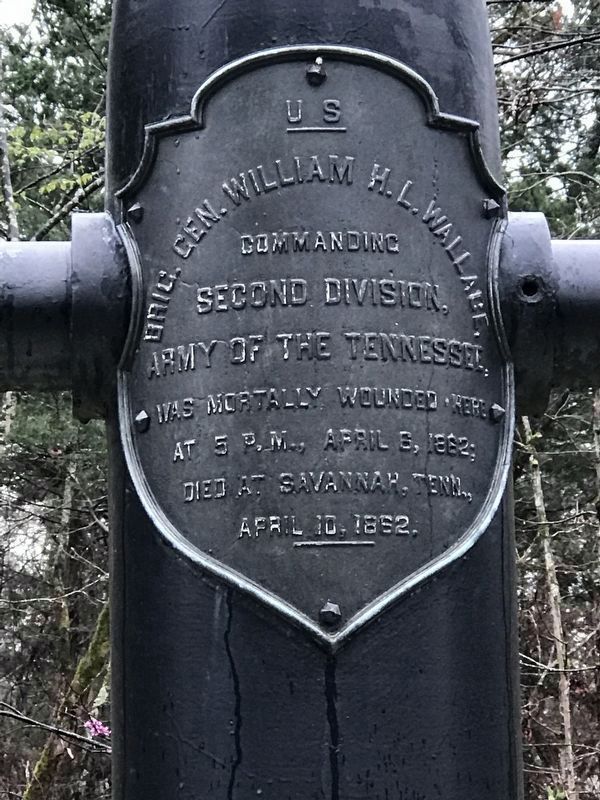 Topics. This historical marker monument is listed in this topic list: War, US Civil. A significant historical month for this entry is April 1988.

Location. 35° 8.332′ N, 88° 20.248′ W. Marker is in Shiloh, Tennessee, in Hardin County. Marker is on Corinth-Pittsburg Landing Road, on the right when traveling north. Touch for map. Marker is in this post office area: Shiloh TN 38376, United States of America. Touch for directions.

More about this monument. The monument centerpiece is a 4.2 inch (30-pounder) Parrott Rifle. 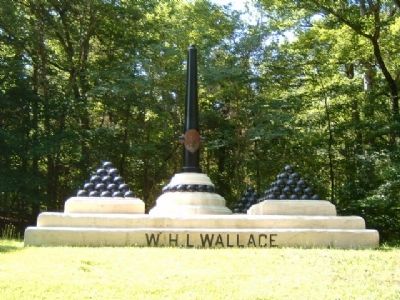 Click or scan to see
this page online
W.H.L. Wallace's Division. Wallace lead a division comprised of Iowa, Illinois, Ohio, and Missouri troops at Shiloh. One of the promising officers in the west, Wallace was mortally wounded on the first day of battle. (Submitted on October 23, 2008, by Nick Kurtz of Littleton, Colorado.) 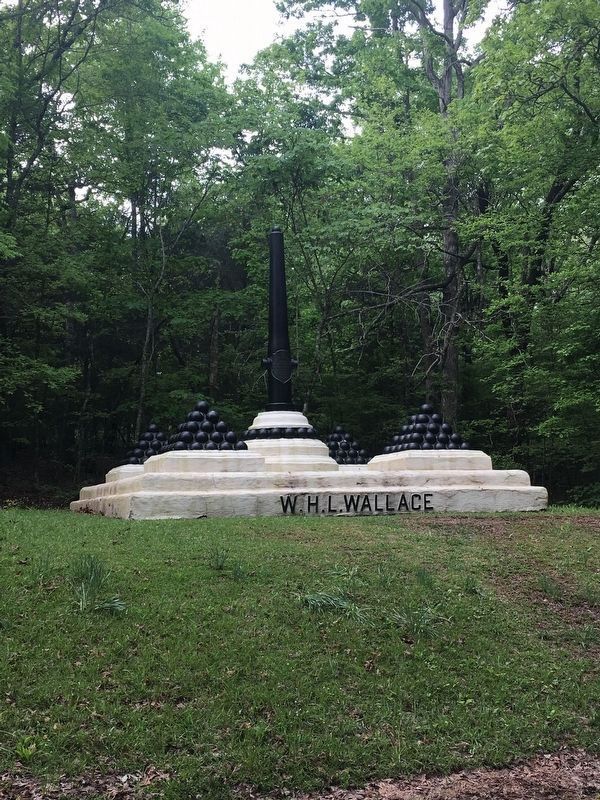 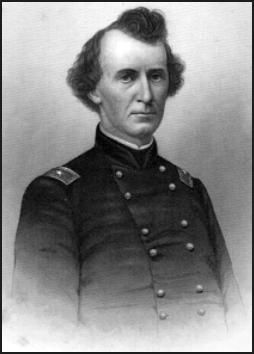