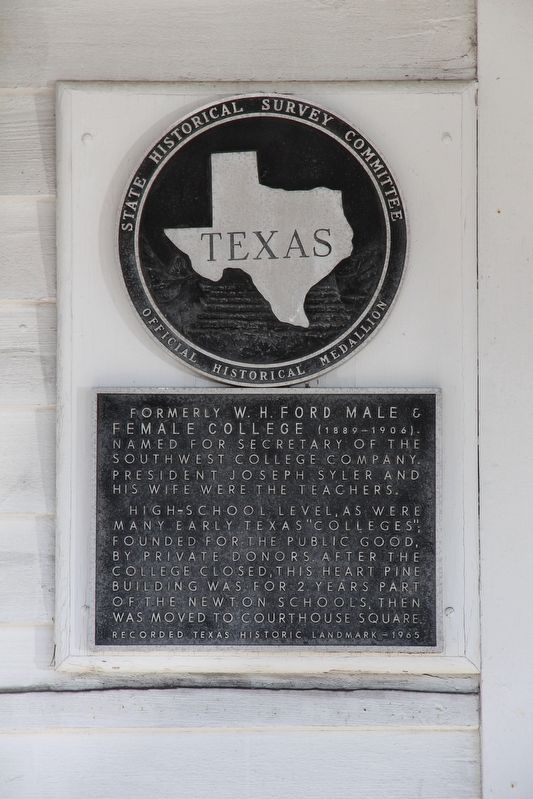 High-school level, as were many early Texas "colleges"; founded for the public good, by private donors. After the college closed, this heart pine building was for 2 years part of the Newton schools, then was moved to Courthouse Square. 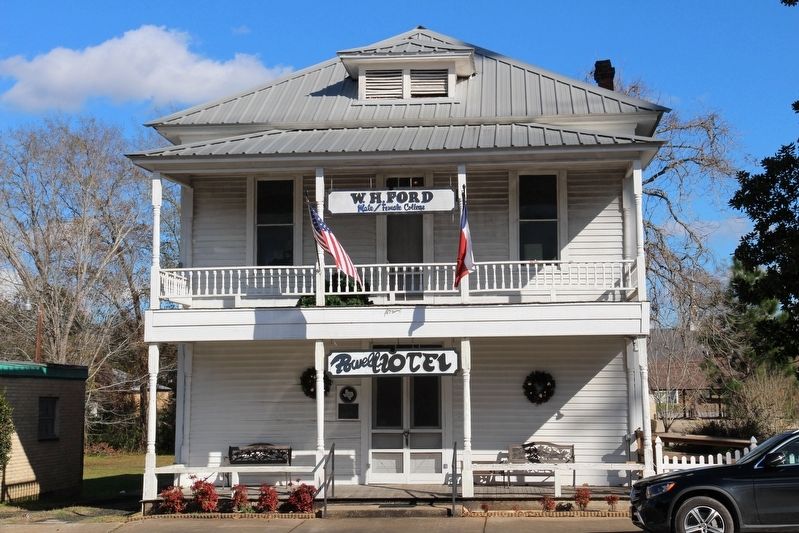 By Brian Anderson, January 12, 2019
2. W. H. Ford Male & Female College
(within shouting distance of this marker); William Blewett (about 300 feet away, measured in a direct line); Newton Cemetery (approx. 0.4 miles away); Autrey-Williams House (approx. half a mile away); Woods Park (approx. 0.9 miles away); Historic Roadside Park (approx. 3.4 miles away). Touch for a list and map of all markers in Newton.