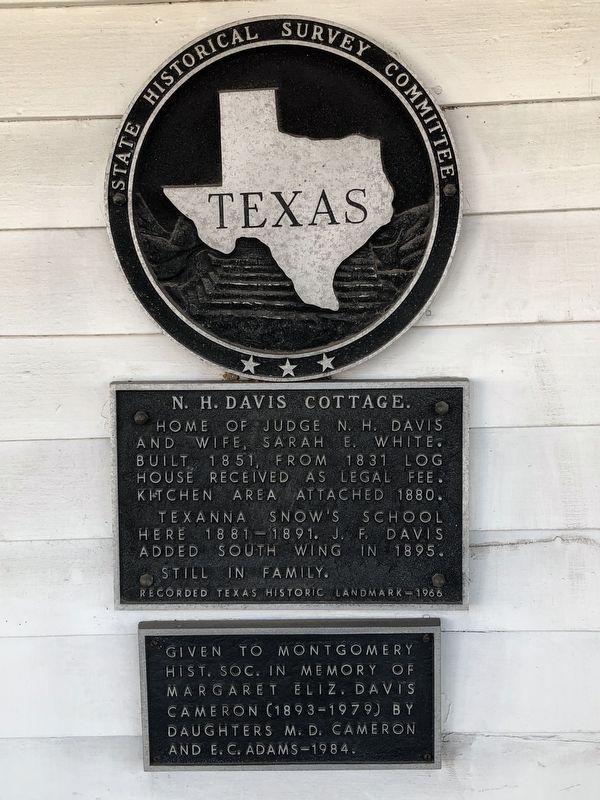 Topics. This historical marker is listed in this topic list: Notable Buildings. A significant historical year for this entry is 1851.

Other nearby markers. At least 8 other markers are within walking distance of this marker. Lake Creek Settlement (here, next to this marker); Davis Law Office (a few 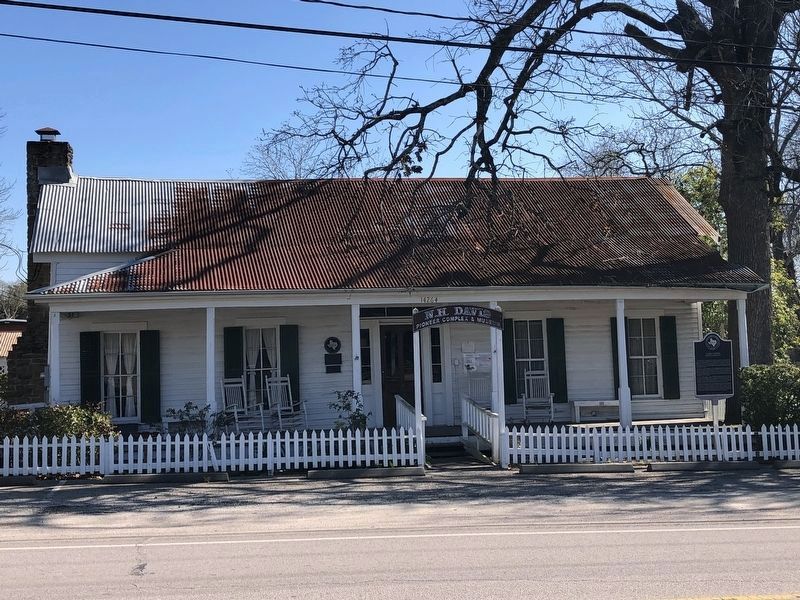 Photographed By Brian Anderson, January 13, 2019
2. N. H. Davis Cottage
Marker is located in the middle of the photo, attached to the cottage. The marker visible at the right of the photo is Lake Creek Settlement.